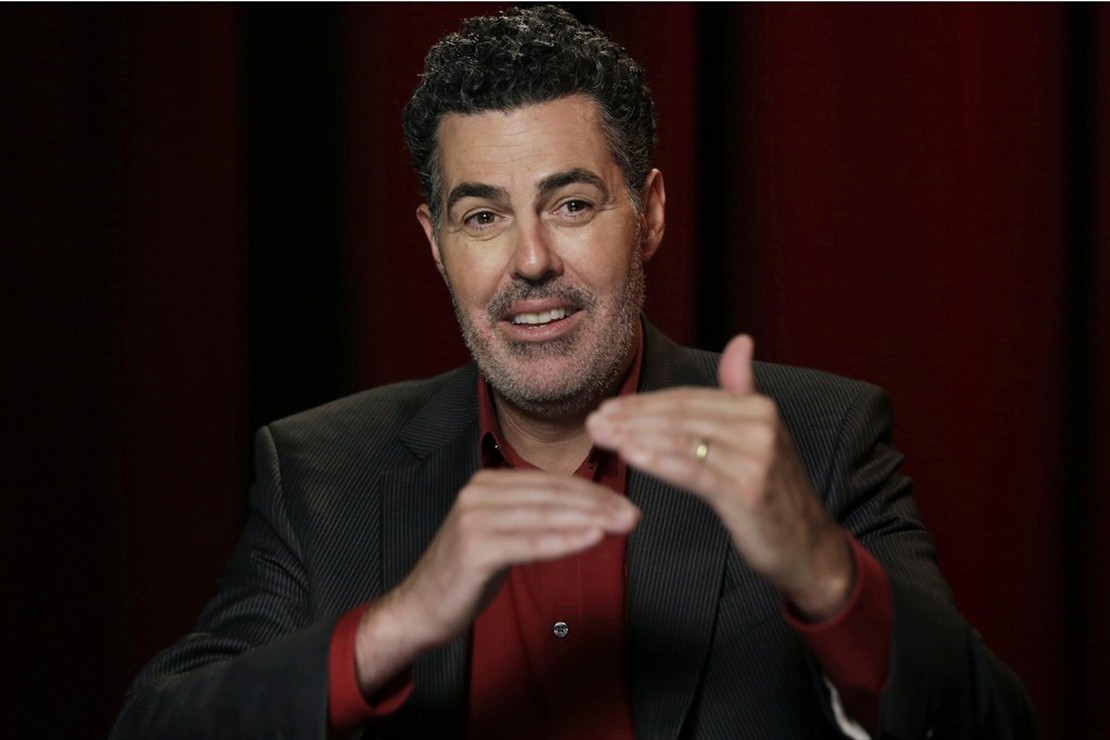 The ability to properly apologize is a valuable life skill. But according to Adam Carolla, sometimes “sorry” merely leads to more suffering.

Reporter John Stossel recently interviewed Adam about his unusual place in entertainment: He’s accepted by leftwing peers, despite many outspoken opinions that were once radically mainstream yet are now considered “conservative.” He routinely makes statements the vast majority of Hollywood surely wouldn’t go near, but none are ever followed by mea culpas.

He’s certainly not scared to squat over sacred cows. In February, he posed the following to Sean Hannity:

“Here’s a quick thought experiment: If AOC was fat and in her 60s, would anyone listen to another thing she ever said?”

“[S]he’s young, she’s vibrant, she’s beautiful, and everyone’s always putting a camera and a mic in her face. But her opinions are idiotic 95 percent of the time. And I don’t think, if she was a middle-aged heavy-set woman, anyone would care what she had to say.”

Talking with longtime news man John in a video posted Tuesday, Adam repeated his claim for those who missed it:

“If she was in her 60s and husky, nobody would listen to a word she ever said because she sounds like an idiot.”

His initial assertion of such brought condemnation from across the aisle. But he won’t say he’s sorry — if he did…he’d be sorry:

“Apologizing just leads to more apologizing. … They want you to apologize because they want dominion over you. And once you apologize, they just keep coming back.”

When it comes to backlash, he’s an unusual guy — by Hollywood standards:

“I just happen to be wired not to care as long as I’m right.”

In the arena of wokeness, criticism appears prohibited — unless it’s exclusively one-sided. John recalled our open-minded era of yore:

“It is a new thing in the media not to talk to the other side. All my career, we had arguments and we learned from that.”

Why have things changed? Adam has an idea, so far as the Left is concerned:

“I believe that they would let the other side speak if they thought they could beat them in a debate. They don’t.”

If they let him speak, they’re in for a lot of listening; Carolla’s not short on ideas.

About COVID regulations in school:

“You cannot train a dog when it’s middle-aged. You’ve got to get them when they’re puppies. And get them trained up and into that crate. And that’s what we’re doing with kids. Because this will not be the last emergency. And it will not be the last time the government and the governor and the mayor need to exact their power. … And so, ‘Let’s get the kids into the crate. Let’s get them coached up. And then, they’ll be ours. We can do whatever we want with them after that. They’ll listen to anything. They’ll be good subjects.’”

“We started…in earnest with this self-esteem movement, that it’d be really good if everyone had high self-esteem. And the way you get high self-esteem is through accomplishing things that are tough. But you can’t just hand people high self-esteem and tell them they’re the best and they don’t need to listen to anybody, and nothing they can do is wrong. And when you do that, you create a monster, essentially. You create horrible citizens.”

On identity politics and spokespeople such as Al Sharpton:

“It’s…interesting that we’ve decided — as a society — that if something happens to an individual, we just find another individual that sort of looks like that person, and they [can] comment on it. … When I was 12, I looked like Donnie Osmond. So if Donnie Osmond got in a plane crash, would they come to me for commentary? Like, ‘Well, as a white guy who has big teeth and unruly hair, my feelings are…’”

And lest we forget:

“I don’t really have a choice as to what I say. It has to be the truth all the time. I’m a comedian. It’s a sacred oath I took. It’s what I do.”

Two small children in Tennessee are dead after being mauled to death by the family's two pit bulls, according to police. Around 3:30 p.m. on … END_OF_DOCUMENT_TOKEN_TO_BE_REPLACED

Kanye West went on Tucker Carlson on Thursday and he let loose, making it clear that he’d been red-pilled on multiple issues. He also looked more at … END_OF_DOCUMENT_TOKEN_TO_BE_REPLACED

Ah, Joe Biden. He’s a continuing font of gaffes. A lot of the time, he seems to have no idea what he … END_OF_DOCUMENT_TOKEN_TO_BE_REPLACED

According to one expert, electric cars left abandoned during Hurricane Ian could lead to dangerous … END_OF_DOCUMENT_TOKEN_TO_BE_REPLACED