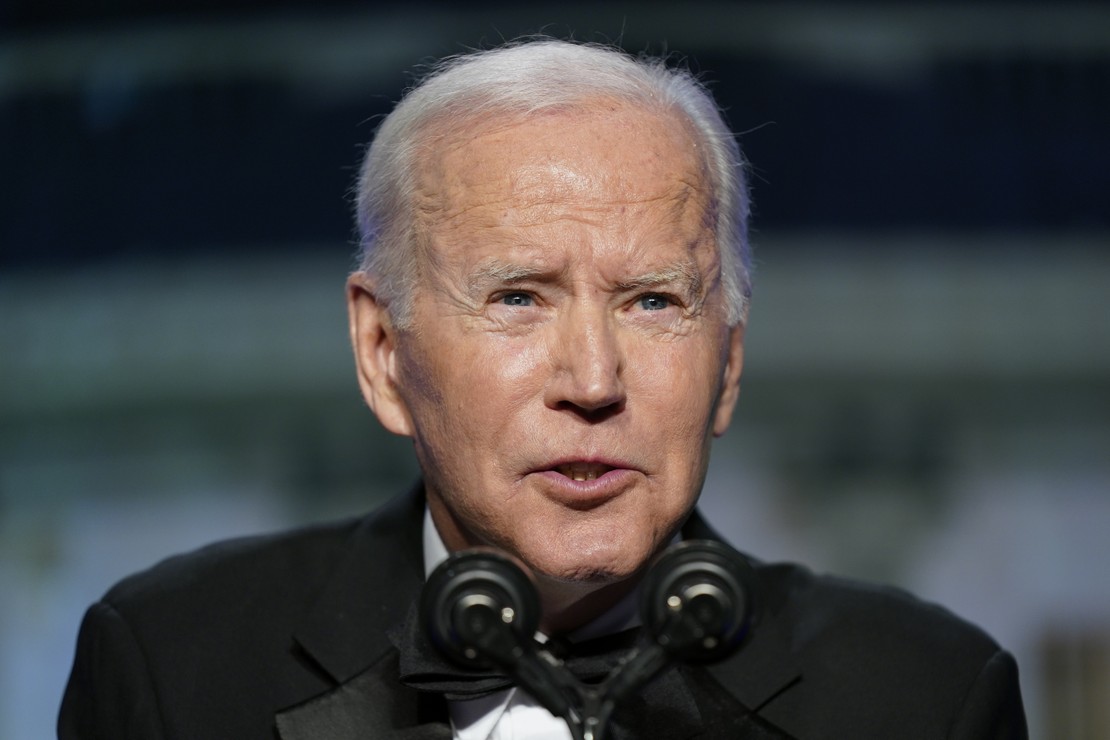 Joe Biden spoke on a few subjects on Friday afternoon.

Perhaps the most pressing issue to American parents was what he is going to do to help with the baby formula shortage that has hit across the country and has been ongoing for months now. Biden was asked why he hadn’t taken action sooner, and his response contradicted what White House Press Secretary Jen Psaki said on Thursday.

BIDEN: “If we had been better mind readers, I guess we could’ve” taken action to address the baby formula crisis sooner.

Biden hadn’t said ONE WORD in public about this crisis until today. pic.twitter.com/w3KFLd3kOO

“If we had been better mind readers, I guess we could’ve,” Biden said. “But we moved as quickly as the problem became apparent to us.”

Mind readers? This problem has been going on for months. Parents have been screaming about it on social media and begging for help on all kinds of local news stations. And you only started talking about it this week.

But wait, I’m so confused! Didn’t Jen Psaki tell us on Thursday that they had been working on this for months?

So, which is it? They’re moving as quickly as they can now or they’ve been working on it for months? Unfortunately, Joe Biden can’t keep the lies straight anymore. Once again, no responsibility on his part– even though a lot of this is tied to the failure of the FDA to deal properly with the situation regarding the plant questions, plus supply chain issues that he still hasn’t dealt with.

A few things that didn’t come up, which folks still have many questions about: the FDA’s culpability in this. There was a whistleblower call to the FDA in October 2021, but the recall didn’t take place until February 2022. An inspection the month before didn’t find anything bad,

Does Biden think his remarks sound good to parents who are desperate to have this resolved so they can feed their babies? If you’re only talking about it now and addressing it now, you did NOT “move as quickly” as you should, and that’s a big part of the problem. So, what is he going to do? He talked about importing formula. But what about resolving the issues and re-opening the plant impacted, so we are not reliant on foreign supply? Biden said that could take “weeks or less.” Weeks? That’s also problematic because foreign formulas might not meet stringent FDA regulations.

By the way… The WH says Biden spoke today with Wal-Mart, Target, Reckitt (Mead Johnson), and Gerber. Why didn’t he speak with Abbott Labs, whose major production facility is still offline, even though they say they could reopen it in 2 weeks w/ FDA approval?

But in addition to the confusion about who knew what when (which means they only started caring about it now) on the baby formula question, Biden also showed some confusion during his remarks at his meeting with the Association of Southeast Asian Nations (ASEAN) leaders.

Biden was reading his remarks. Yet despite that, he still referred to “President Harris.”

I’ve forgotten how many times he’s called Kamala “President Harris” at this point. This time, he goes on talking without even knowing he said it. Did they have it written there? Are they trying to do him in with the 25th Amendment? And this is in front of a lot of Asian leaders. Not a good look.

Then Biden followed that up with a comment about his climate czar, John Kerry. Again, even though he appears to be reading at least part of his comment, he still can’t get it right.

BIDEN: John Kerry “has forgotten more about…climate security than anyone that I know” pic.twitter.com/LYwWCYLwl5

The expression is supposed to be “he’s forgotten more than you’ll ever know.” But Joe being Joe, he said John “has forgotten about, more about, the needs we have for climate security than anyone that I know.”

How can anyone look at him when he says things like this and feel that we are in a good position? And he just keeps getting worse.

The racially motivated shooting in a Buffalo supermarket was a heinous crime that has been condemned by Americans of every color, faith, and political … END_OF_DOCUMENT_TOKEN_TO_BE_REPLACED

There is much wailing and gnashing of teeth in the Dr. Oz camp, as candidate Kathy Barnette has soared in the polls, with many supporting her bid for … END_OF_DOCUMENT_TOKEN_TO_BE_REPLACED

It’s Tuesday! Which makes it another Primary Day — this time in five states: Pennsylvania, North … END_OF_DOCUMENT_TOKEN_TO_BE_REPLACED

I reported earlier about Elon Musk’s remarks on a podcast at a tech summit, taking Joe Biden to task … END_OF_DOCUMENT_TOKEN_TO_BE_REPLACED

Monday, the Ukrainian garrison still holding out in the massive Azovstal Iron and Steelworks plant … END_OF_DOCUMENT_TOKEN_TO_BE_REPLACED