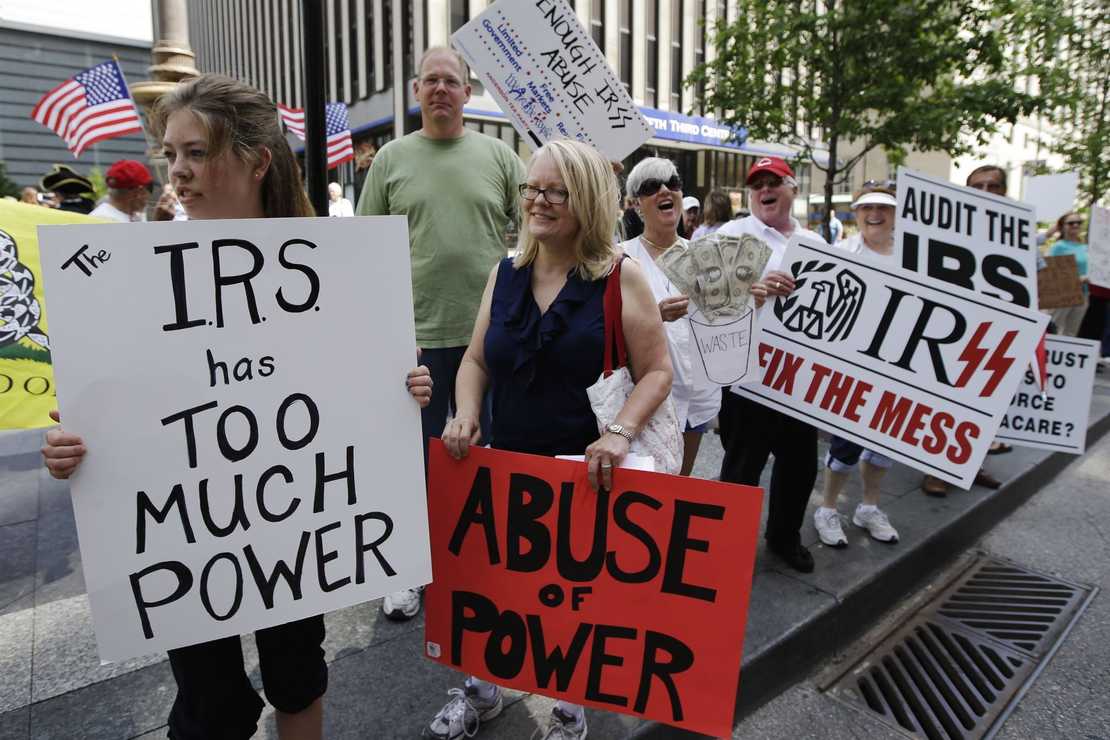 All of these concerns have received significant media attention from right-leaning media outlets in recent weeks, and rightly so. But one of the most worrisome parts of Biden’s plan has not managed to get the coverage it deserves: Biden’s proposed expansion of the IRS.

President Biden’s budget proposal calls for increasing funding for the IRS by $80 billion, much of which would go toward hiring nearly 87,000 new workers over the next 10 years. If Congress adopts Biden’s plan, the size of the IRS would double, with its workforce increasing by about 15 percent every year.

According to the Biden administration, the primary reason behind the expansion is to help the IRS chase down individuals and families who cheat on their taxes. Apparently, the tens of thousands of people who already work at the IRS aren’t enough to get the job done.

In addition to Biden’s plan to expand the size of the staff at the IRS, the White House and congressional Democrats have also proposed substantially increasing disclosure requirements for groups that spend money on political advertising, a policy proposal contained in the For the People Act, legislation that is separate from Biden’s budget.

Under the For the People Act, also commonly referred to as H.R. 1, many organizations that spend money during election cycles would be forced to reveal donors who have given at least $10,000.

To many, increasing disclosure requirements and employment levels at the IRS is not particularly troubling, but there are many reasons conservatives should worry.

First, when Joe Biden was serving as vice president in President Obama’s White House, the IRS used its power to unfairly target conservative groups seeking to become tax-exempt nonprofits, an allegation the IRS has admitted is true. In 2017, the federal government even agreed to a settlement with conservative groups that had sued because of the mistreatment.

Given the IRS’s track record of abusing its power to target political groups, and congressional Democrats’ history of requesting that the IRS investigate conservative organizations with whom they disagree, it seems more than reasonable for conservatives to be deeply concerned about Biden’s plan to increase the size, power, and resources of the IRS.

In many other cases, leaks have been related directly to politicians. For example, in 2019, the Justice Department issued charges against a former IRS employee who used his position to leak confidential banking information belonging to Michael Cohen, the former attorney to Donald Trump. The IRS employee sent the information to Michael Avenatti, the infamous attorney who represented adult-film actress Stormy Daniels, who claimed to have had an affair with Trump years earlier.

Speaking of President Trump, his tax returns were leaked on at least a couple of occasions, including during the run-up to the 2020 election. Although few know for sure who leaked the documents to The New York Times, which published a high-profile report about the returns in September 2020, many members of Congress and tax analysts have speculated that the most likely source is someone who works at the IRS.

Expanding the size of the IRS by tens of thousands of people—many of whom would be hired by a partisan administration that has already leaked private information of taxpayers—should, on its own, be a significant cause for concern, especially if the expansion is not accompanied by radical changes at the agency that ensure that leaks do not continue to occur in the future.

Third, Democrats’ proposal in H.R. 1 to reveal the identity of donors who provide funding to many important political and civic organizations would discourage people from supporting causes they believe in, by opening them up to harassment from activist groups and criticism from the press.

Disclosure rules are sold as a transparency measure, but the truth is, public disclosure requirements are often used by those in power as a tool to stifle opposing political and ideological groups. Don’t take my word for it, though. Even the left-wing ACLU admits disclosure rules like those included in the For the People Act are “onerous and dangerous.”

The For the People Act “could harm political advocacy and expose non-profit donors to harassment and threats of violence should their support for organizations be subject to forced disclosure,” the ACLU further warned in a letter to Congress.

The federal government has proven that it already has far too much power and cannot be trusted to use it responsibly. Congress and President Biden should be working to reform the dysfunctional IRS and other federal agencies, not make them larger and more powerful.

And if the Biden administration and Democrats truly are concerned about lost tax revenues—and I don’t believe for a second that they are—Congress and the IRS should simplify the tax code and transform the way the federal government collects taxes in the first place, limiting the need to track down tax dollars months and years later.

Justin Haskins ([email protected]) is the director of the Stopping Socialism Project and a research fellow at The Heartland Institute, a free-market think tank.

Georgia Republican David Belle Isle, who is seeking to unseat Secretary of State Brad Raffensperger (R) in next year’s election, made a far-reaching … END_OF_DOCUMENT_TOKEN_TO_BE_REPLACED

A majority of voters do not agree with Rep. Ilhan Omar’s (D-MN) statement equating the Unites States and Israel with terrorist organizations like … END_OF_DOCUMENT_TOKEN_TO_BE_REPLACED

President Joe Biden commented on potentially being denied Communion at the Catholic Church on Friday, saying it was a private matter and that it was … END_OF_DOCUMENT_TOKEN_TO_BE_REPLACED

Former Vice President Mike Pence was greeted Friday with boos and shouts of "traitor!" as he began an address to a group of social conservative … END_OF_DOCUMENT_TOKEN_TO_BE_REPLACED

It was announced on June 16, 2021 that S. 2050: The Hearing Protection Act has been reintroduced. S … END_OF_DOCUMENT_TOKEN_TO_BE_REPLACED

A North Carolina woman reportedly forced her 13-year-old daughter to help bury her other daughter, a … END_OF_DOCUMENT_TOKEN_TO_BE_REPLACED

The end of slavery in America is certainly worth celebrating, but these federal holidays are getting … END_OF_DOCUMENT_TOKEN_TO_BE_REPLACED

The NFL unveiled its new COVID-19 protocols for training camp and the preseason this week, which … END_OF_DOCUMENT_TOKEN_TO_BE_REPLACED