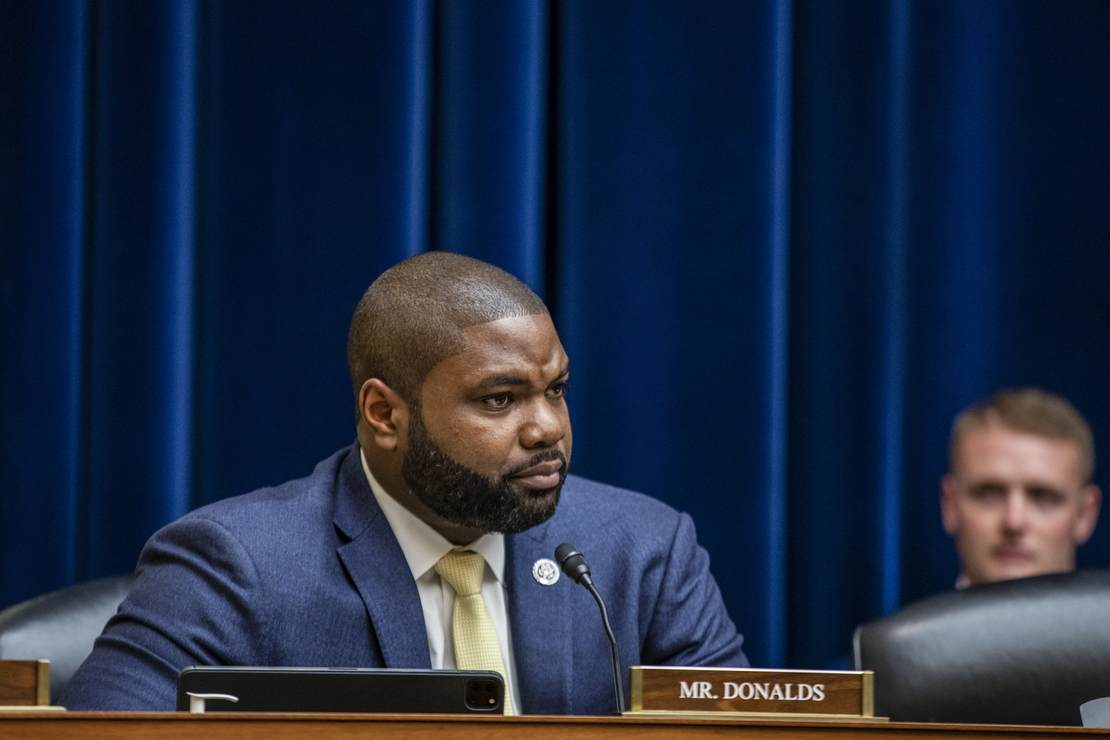 Rep. Byron Donalds may not get as much press as some other Republican politicians, but he’s an impressive figure who deserves to be heard. That was on display on Thursday during a House hearing centering on the country’s economic woes.

Donalds pressed witnesses on what has caused the current inflation crisis and labor shortage, and in doing so, he absolutely demolished Democrat economic policy. It’s a must-see for people who value solid arguments over shallow gotchas.

The clip is a little over two minutes long, and it’s worth every second.

Donalds begins by laying out the major problem, and it’s one the left desperately wants to avoid. Namely, when a government starts blowing money out like crazy to people who didn’t earn it, you are left with too many dollars chasing too many goods. Donalds presses the witness on the wisdom of that policy. She initially tries to duck the question, accusing the Republican of blaming “working people.” That’s when Donalds just goes off.

He goes on to say that he’s not blaming working people, but that if you have people getting money who haven’t exchanged their labor for it, you end up with a shortage of labor due to people choosing not to work. That labor shortage then leads to the supply chain crises the nation has endured.

As Donalds further notes, it was the American Rescue Plan that caused all this. The decision to kneecap the economy and cause massive inflation was made Joe Biden and the rest of the Democrat Party. They now want to pretend this all just happened by chance, but it was willfully done by economically illiterate politicians seeking glory rather than good policy.

Donalds asks another witness if his description is fair, with the answer being “yes, I think that’s a fair description.” It was a mic-drop moment and the Republican wasn’t done yet. He then made the next obvious point, which is that the only reason gas prices are down is that Biden has emptied the US Strategic Petroleum Reserve. In other words, you paid for those reserves with your tax dollars, and the president has used them as a political tool to make you think you are getting taken coming and going.

Donalds ends with his main point, which is that the Biden administration is blaming corporations for higher prices when it was Democrat policies that caused all of this. When you create a labor shortage for political gain, that leads to the supply chain issues we have, which ultimately leads to higher prices. That’s called supply and demand, and just because Democrats thought the rules of economics didn’t apply to them doesn’t mean they aren’t responsible for the consequences.

Keep an eye on Donalds. This guy has already made a name for himself in a crowded House GOP, and I think his future only gets brighter from here.

Kanye West said Thursday on FNC’s “Tucker Carlson Tonight” that he liked Donald Trump. West said, “It was wild that I didn’t know how close my … END_OF_DOCUMENT_TOKEN_TO_BE_REPLACED

Drag queen "Lil Miss Hot Mess" is accusing Republican Sen. Marco Rubio of "bigotry" after the lawmaker from Florida called out the radical left in a … END_OF_DOCUMENT_TOKEN_TO_BE_REPLACED

Google is celebrating the news that Velma, one of the main characters from the widely-beloved world … END_OF_DOCUMENT_TOKEN_TO_BE_REPLACED

While I didn’t think it possible, the Democrats have found one more way to degrade and demean … END_OF_DOCUMENT_TOKEN_TO_BE_REPLACED

Ah, Joe Biden. He’s a continuing font of gaffes. A lot of the time, he seems to have no idea what he … END_OF_DOCUMENT_TOKEN_TO_BE_REPLACED