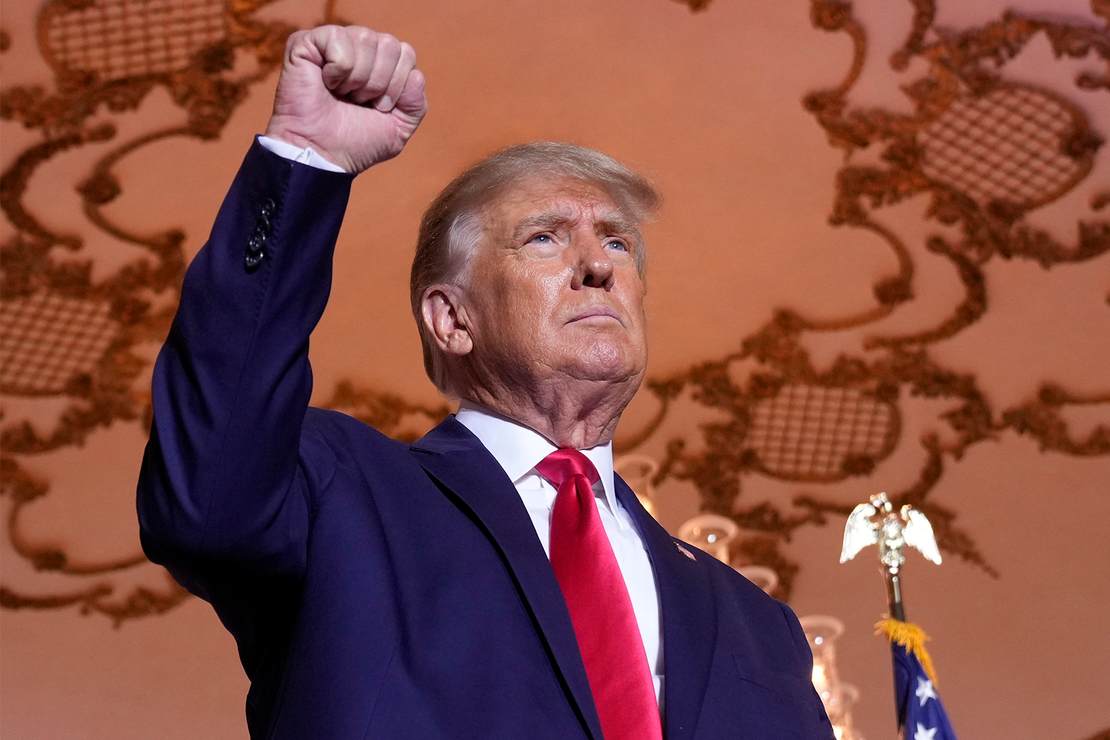 In what promises to be pay-per-view quality stuff, it’s game on between Merrick Garland’s Department of Justice and the ever-defiant former president, Donald Trump, and his past and current inner circle.

Garland on Friday announced the appointment of a special counsel to investigate “whether any person or entity unlawfully interfered with the transfer of power following the 2020 presidential election or the certification of the Electoral College vote held on or about January 6, 2021,” as well as an ongoing investigation into classified documents found during the FBI raid on Mar-a-Lago. Trump promptly declared he’s “not going to partake in it.” Buckle your seatbelts, we’re going to need a lot of popcorn.

Via the press release, Garland said:

Based on recent developments, including the former President’s announcement that he is a candidate for President in the next election, and the sitting President’s stated intention to be a candidate as well, I have concluded that it is in the public interest to appoint a special counsel.

Such an appointment underscores the Department’s commitment to both independence and accountability in particularly sensitive matters. It also allows prosecutors and agents to continue their work expeditiously, and to make decisions indisputably guided only by the facts and the law.

The press release continues, in part:

The first is the investigation, as described in court filings in the District of Columbia, into whether any person or entity unlawfully interfered with the transfer of power following the 2020 presidential election or the certification of the Electoral College vote held on or about January 6, 2021.

The second is the ongoing investigation involving classified documents and other presidential records, as well as the possible obstruction of that investigation, referenced and described in court filings submitted in a pending matter in the Southern District of Florida.

So now what? It’s pretty clear what Garland intends to do, but what about Trump?

Trump’s Trump, which means he will likely remain defiant and follow through on his declaration that he will not “partake.” Or, will he? Hard to say, at this point, but I can say there’s a “yuuge” difference between partaking in a plate of spaghetti and partaking in a criminal investigation. The latter doesn’t depend on Trump’s — or anyone else’s — participation, one way or the other.

The Most Important Question of All

As I asked in the headline, do DOJ prosecutors have a legitimate basis for indicting Trump?

I don’t know, and neither does any other political pundit, at this point. But someone who believes the answer is “yes” is former Trump Attorney General William Barr, who says the case is being built, but he hopes Garland doesn’t indict the former president.

You said the Justice Department was getting close to having enough evidence to indict Trump in the classified documents investigation, but you also said you hope they don’t indict him.

In your view, is there ever a circumstance where you think it’s appropriate to indict a former president?

If a former president commits a crime, you know, especially a serious crime, they should be indicted for it. If the Department of Justice can show that these were indeed very sensitive documents, which I think they probably were, and also show that the president consciously was involved in misleading the department, deceiving the government, and playing games after he had received the subpoena for the documents, those are serious charges. That’s serious.

Barr and Hoover then went back and forth over whether Barr would indict Trump if he were still attorney general, which he refused to answer, before finally saying:

Well, this is what the attorney general gets paid for, these kinds of decisions. You know, the argument for doing it is that if you let someone like this who, you know — if the facts are as raw as they may be and you let someone get away with it, how can you protect these secrets?

How can you insist on people in government taking this stuff seriously? So, you know, that’s an important thing to weigh, as well as what it will do to the country and to the office of the presidency. And I think Merrick Garland is going to have to make that call.

The problem with Merrick Garland “making the call” is, like Joe Biden, Nancy Pelosi, and most of the Democrat Party, Garland suffers from Stage 4 Trump Derangement Syndrome and is incapable of making an objective decision, devoid of his hatred for Trump.

So, where is this whole thing headed?

It’s anyone’s guess, and God knows the pontification on all sides has already begun.

On Friday, CNN security analyst Juliette Kayyem suggested making 26 the minimum age to purchase an AR-15. Kayyem made her comments after being asked … END_OF_DOCUMENT_TOKEN_TO_BE_REPLACED

The Walt Disney Company was expecting big things from their latest animated movie "Strange World," the House of Mouse's first movie to feature an … END_OF_DOCUMENT_TOKEN_TO_BE_REPLACED

(The opinions expressed by contributors are their own and do not necessarily represent the views of RedState.com.) While it hasn’t received much press … END_OF_DOCUMENT_TOKEN_TO_BE_REPLACED

Quick-thinking cops in St. Petersburg, Florida, are being praised for preventing a potential “mass … END_OF_DOCUMENT_TOKEN_TO_BE_REPLACED

Most Americans are not personally worried about contracting coronavirus, a survey from The … END_OF_DOCUMENT_TOKEN_TO_BE_REPLACED

Nearly a quarter of Americans said they have not been vaccinated against the Chinese coronavirus, a … END_OF_DOCUMENT_TOKEN_TO_BE_REPLACED