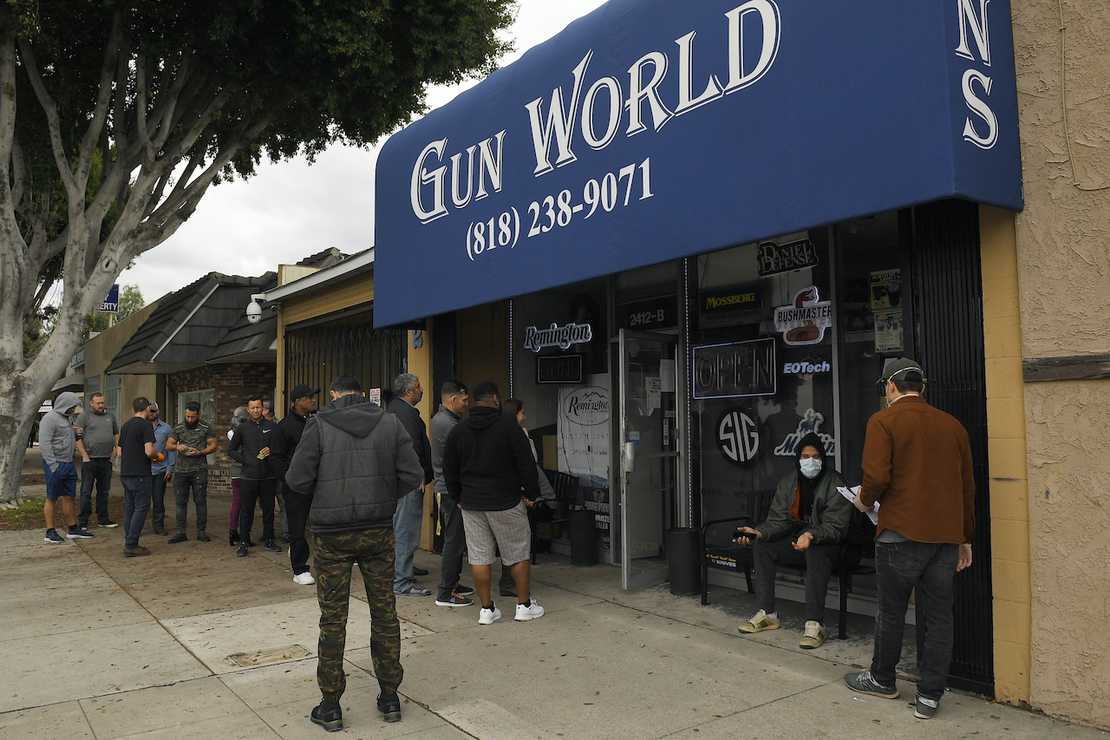 The wheels of justice sometimes turn slowly, but when it is a just outcome, it’s often more satisfying.

An order closing gun stores in Los Angeles County in the early days of the COVID-19 pandemic two years ago was unconstitutional, a federal appeals court ruled Thursday.

In its ruling, a three-judge panel of the 9th U.S. Circuit Court of Appeals determined that both Los Angeles and Ventura counties had violated the Second Amendment right to keep and bear arms when they shut down gun and ammunition shops in March 2020 as nonessential businesses during the beginnings of the coronavirus pandemic.

The original lawsuit was filed in late March of 2020, soon after Governor Hair Gel decided to be first in shutting down businesses and imposing the COVID lockdowns. Los Angeles County Sheriff Alex Villanueva was attempting to use his deputies to enforce the closure of these gun stores. We now know for a fact that part of the elitists, unelected bureaucrats, and corrupt politicians intent was to use the COVID-19 pandemic and lockdowns to instill fear in people, and it worked. What they didn’t bargain for was people’s response to that fear would be to go out and buy guns.

As Shakespeare’s Puck opined, “Lord, what fools these mortals be!”

It was basically an attempt by His Hairfulness and Villanueva to shut the barn door when the horses had already bolted. The gun owners were having none of that, so with the help of The Second Amendment Foundation (SAF), the California Gun Rights Foundation (CGF), the Firearms Policy Coalition (FPC), and the California National Rifle Association (CA-NRA), they challenged Newsom’s diktats and Sheriff Villanueva’s actions. The lower courts ruled in favor of Newsom and Villanueva, even though by that time Villanueva had suspended enforcement of gun store closures under much criticism and pressure.

Imagine if we had done this earlier for every other business deemed “non-essential” in the midst of the pandemic. Hindsight is 20-20.

Our sister site Townhall and our Managing Editor Jennifer Van Laar reported on Sheriff Villanueva’s actions during the early days of the pandemic, and his quick reversal. It was a stupid move on Villanueva’s part, and cost him much trust and credibility at that time. The Sheriff has since regained that trust and credibility in spades with his stance against mask and vaccine mandates, the homelessness crisis, and the rampant crime that now plagues Los Angeles County and the state.

This federal appeals court ruling is a huge win for Second Amendment rights in California, and frankly for the rest of the nation. The Second Amendment Foundation and many of the other gun rights advocacy organizations have numerous challenges going in Wisconsin, Illinois, Maryland, and other gun restrictive states, to overturn unconstitutional pandemic actions, as well as unconstitutional and draconian gun laws.

Fox 11 referenced some of the language in the court’s decision in support of Second Amendment rights.

In rejecting those decisions, Judge Lawrence Van Dyke wrote for the appellate panel — meeting in Pasadena — that the Second Amendment “means nothing if the government can prohibit all persons from acquiring any firearm or ammunition. But that’s what happened in this case.”

“The court today rightfully recognized that Los Angeles County violated Second Amendment rights when it shut down gun stores and ranges in the beginning of the COVID-19 pandemic,”https://t.co/1F1RUd4tX6

We will see if Newsom tries to take this to the United States Supreme Court. Since his track record has been abysmal with the highest court in the land over the challenges to his pandemic overreach, that might not be the best move.

Newsom thinks California governance should be a model for the nation. If that’s the case, then this ruling would do much to blow more holes in the Biden administration’s already Swiss Cheese agenda.

Amazon — the multinational e-commerce giant — is working to generate bipartisan support in Washington, D.C., for the federal legalization of … END_OF_DOCUMENT_TOKEN_TO_BE_REPLACED

Although America has its appalling share of child sex offenders, the law and culture still consider such behavior a heinous crime – at least until the … END_OF_DOCUMENT_TOKEN_TO_BE_REPLACED

So-called ‘Plan B’ restrictions have ended in England, with widespread mask mandates being … END_OF_DOCUMENT_TOKEN_TO_BE_REPLACED

Prince Andrew’s lawyers on Wednesday demanded a trial by jury in the U.S. District Courts as he … END_OF_DOCUMENT_TOKEN_TO_BE_REPLACED

The following content is sponsored by the Palm Beach Letter. Cryptocurrencies may be essential … END_OF_DOCUMENT_TOKEN_TO_BE_REPLACED

Kudos to Ramesh for his post on this issue. The attempt to use alumni preferences to justify racial … END_OF_DOCUMENT_TOKEN_TO_BE_REPLACED

It has been evident for a long time that the Left only likes democracy if it wins. Proof of that … END_OF_DOCUMENT_TOKEN_TO_BE_REPLACED

Irish fishermen look set to take on the Russian Navy, with a fishing organisation in the country … END_OF_DOCUMENT_TOKEN_TO_BE_REPLACED

On Wednesday, RedState reported on a Quinnipiac poll out of Georgia which showed some disturbing … END_OF_DOCUMENT_TOKEN_TO_BE_REPLACED

Which, unfortunately, is going to be where a lot of GOP dreams are going to meet a similar fate this … END_OF_DOCUMENT_TOKEN_TO_BE_REPLACED

Perhaps as an unlooked-for consequence of his woke rant, Disney seems to be taking actor Peter … END_OF_DOCUMENT_TOKEN_TO_BE_REPLACED