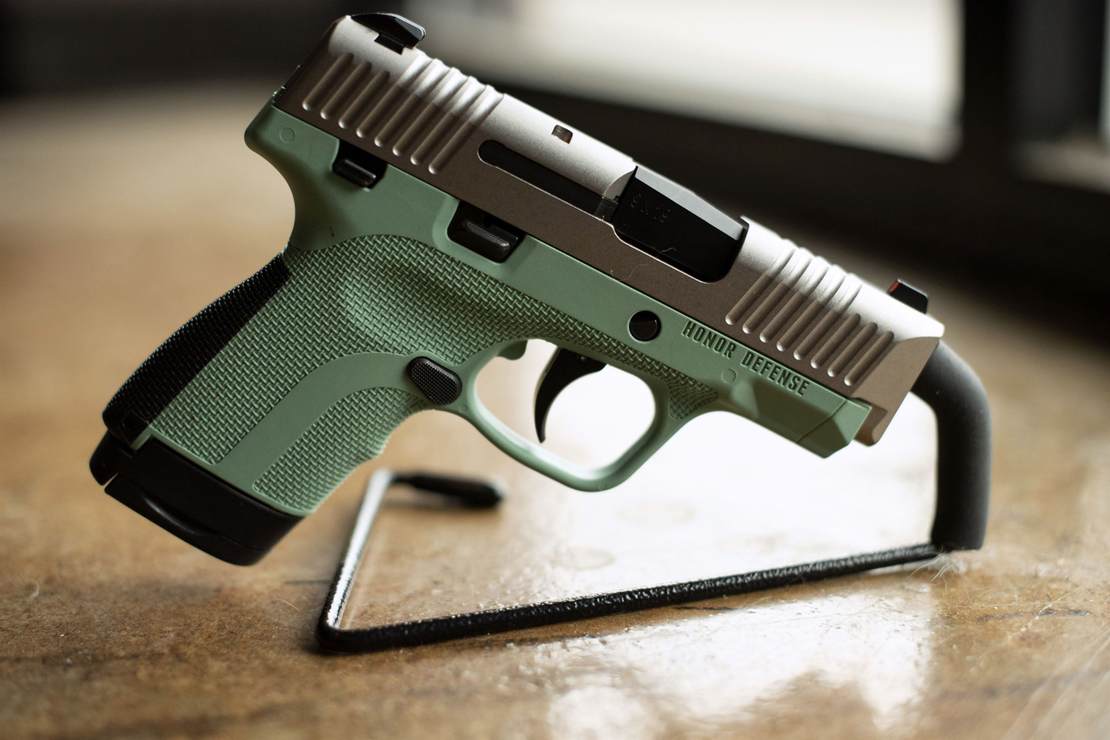 For Oregonians hoping to buy gun magazines that can hold nearly a dozen rounds, there is bad news. On the other hand, some sheriffs in the state aren’t keen to crack down on capacity.

As noted by Boise State Public Radio, voters in Oregon have said “yes” to Measure 114.

[The initiative] has two main components. First, to buy a gun, a person [will] need to get a new permit from a local law enforcement agency requiring a criminal background check…in addition to the (federal) one already required to purchase a gun.

And would-be law-abiding murderers will get convinced not to slaughter the innocent — a mandated class will inform them that that hurts people:

Safety courses [will] teach safe storage and handling and how suicide and homicide affect communities.

The five-year permit, to be clear, is “per person, not per gun.”

Not everyone in law enforcement is fond of the optimistically-named Reduction of Gun Violence Act. Therefore, reports Fox News, many officials won’t be enforcing it.

[A]t least five county sheriffs say they will not enforce all or parts of the law, and they are focusing their opposition on language that limits magazine capacity. They argue that the provision infringes on Second Amendment rights, ignores real problems associated with gun violence in the state and will drain already-depleted law enforcement resources.

According to Union County Sheriff Cody Bowen, the law amounts to a lot of nothing:

“The biggest thing is this does absolutely nothing to address the problem. The problem that we have is not…magazine capacity. It’s not background checks. It’s a problem with mental health awareness. It’s a problem with behavior health illness. Our society as a whole is a bigger problem rather than saying that, you know, the guns are killing people.”

The capacity restriction, he says, is “an infringement on our Second Amendment, you know, our right to keep and bear arms.”

And it won’t pop a cap into crime:

“If you believe that this…is going to cut the school shootings down, or cut the gun violence down, you’re sadly mistaken. But what has proven [to work] time and time again is…supporting your law enforcement, responsible gun ownership, teaching our children at a younger age respect for human life. That’s what we need to fall back on.”

“I want to send a clear message to Linn County residents that the Linn County Sheriff’s Office is NOT going to be enforcing magazine capacity limits. … I want to ensure anything we do or don’t do will not hinder gun owners’ rights to purchase firearms…”

Michelle is hopeful “that the passing of this measure will result in an immediate lawsuit against it, as it should.”

The legislation seems based on a peculiar premise: Those unfazed by the law prohibiting murder will be sufficiently shaken to their core by an ordinance regulating round count. Might the rule have been all Oregon needed all this time? We shall soon see.

But assuming common sense is correct, make two columns — the first for Criminals, the other for Victims. Now pass all the gun laws you want; and apply their impact only to the second column. Afterward, which group has the advantage?

Or maybe that sense isn’t so common. John Feinblatt, president of Everytown for Gun Safety, has celebrated success thanks to the new law. From MomsDemandAction.org:

“The people of Oregon have spoken, and their message is clear: They want more common-sense measures to keep guns out of the wrong hands, and they want high-capacity magazines out of the marketplace. Lawmakers who are still taking their cues from the gun lobby need to listen to the voters and do their part to prevent gun violence.”

Surely one group is in especially fervent favor of 114’s enforcement: bad guys whose bodies can safely absorb ten bullets but not eleven. If any such good guys exist, they’ll nonetheless likely be facing 15+1 firearms.

Forever and Ever: Notre Dame Demands Even Virtual Students Are Vaxxed — in 2024

Human nature is complicated and ranges from kindness and sacrifice on the one hand, to unspeakable cruelty and horror on the other. The Yin and Yang of love and hate is just a part of who we are. Horrors like the Holocaust, the Bangladesh genocide, the Holodomor, the “Great Leap Forward,” and the Rwandan genocide have happened on just about every continent, some of them during our lifetimes.

The FBI recently issued an alert saying they have “received credible information of a broad threat to synagogues in NJ.”

The FBI has received credible information of a broad threat to synagogues in NJ. We ask at this time that you take all security precautions to protect your community and facility. We will share more information as soon as we can. Stay alert. In case of emergency call police. pic.twitter.com/e64XSmQvNc

I have written in the past about how my position on guns was shaped by a hate crime: the Islamic terror attack on Mumbai in 2008. Since that attack, just off the top of my head, I can think of several other acts of hate: the Wisconsin Sikh temple attack, the Paris terror attack of 2015, the Poway Synagogue shooting, the Pulse Nightclub attack, Buffalo, El Paso, Pittsburgh. The list is long and tragic.

After these attacks, the gun control crowd typically comes out and starts tweeting about how we should #DisarmHate. It’s wholly predictable. Assuming this is feasible, how does one go about identifying hate in order to #DisarmHate?

Is it hate to hate hate?

In practice, the #DisarmHate demand boils down to extending the Fifth Amendment-violating No-Fly lists instituted by the Bush administration after 9/11 to also violate the Second Amendment. In other words, it’s the “No-Fly No-Buy” gun control stratagem that uses the pretext of disarming hate groups, with no recourse for the person whose rights are violated.

Weirdly enough, Hate still figures out a way of arming itself and committing horrible acts of violence despite what society and government want. After all, life never comes with a guarantee of safety.

The FBI actively investigated this threat to New Jersey synagogues and have taken an individual into custody. I am thankful that the FBI is addressing this threat. But one cannot forget that the FBI and other law enforcement agencies cannot be present at all times in all the synagogues in New Jersey, let alone the other 49 states.

When law enforcement cannot be everywhere at all times, and #DisarmHate is an impractical pipedream, what do you do? There’s a corollary to that, and it’s far more effective.

When lethal threats can arise from anywhere at any time, it’s inhuman and callous to prevent people, especially those who have historically been on the receiving end of hateful violence, from defending themselves. Self-defense is a human right.

Hate attacks like the one the FBI is warning us about often involve extensive planning. The attacker(s) get to choose their victims, the place, the manner, and the time of the attack. What if the FBI didn’t have this information and the victims got caught unaware? After the incompetent police response in Uvalde and Parkland, is it fair for lawmakers to demand that victims solely depend on government in the face of imminent threats to life and limb?

New York is just a stone’s throw away from New Jersey, and Gov. Kathy Hochul and her Democrats in the state legislature think that it’s fair: they passed a law (currently under injunction) that prevents people from carrying their weapons at places of worship. What if the attacker(s) the FBI is investigating decide to drive over the border to New York and commit an atrocity there?

A young man from Alabama is now in custody after he allegedly brought cocaine laced with fentanyl to a bachelor party earlier this year, and one of … END_OF_DOCUMENT_TOKEN_TO_BE_REPLACED

In the wake of releasing the explosive “Twitter Files,” which laid bare the extent to which the platform colluded with Democrats to censor the Hunter … END_OF_DOCUMENT_TOKEN_TO_BE_REPLACED

There’s a lot going on out there in the news, and to some extent, that’s put the FTX scandal on the … END_OF_DOCUMENT_TOKEN_TO_BE_REPLACED

The state of New York was relatively quick to ban so-called ghost guns. The idea of homemade, … END_OF_DOCUMENT_TOKEN_TO_BE_REPLACED

In response to alleged "overcrowding" in their Sky Club lounges, Delta has announced a "solution" … END_OF_DOCUMENT_TOKEN_TO_BE_REPLACED