Saturday, WHO Director-General Tedros Adhanom Ghebreyesus declared, “I have decided that the global monkeypox outbreak represents a public health emergency of international concern.” Monkeypox is the epidemic du jour. COVID is out, done, busted. It is time for a new scare from the Department of Pandemic Terror.

Politico reported that the Biden bunch would declare our very own national public health emergency in the coming days.

The Biden administration is expected to declare monkeypox a public health emergency in the coming days, according to two people with knowledge of the matter.

The declaration, which is made by the Department of Health and Human Services, would follow a similar decision made last weekend by the World Health Organization. By designating the outbreak an emergency, HHS could then take a slew of actions, including accessing new money and appointing new personnel, according to the law that dictates how and when the federal government can declare such an emergency.

The people with knowledge of the matter said the declaration is expected as soon as the end of the week. But the decision is not yet final, and a spokesperson for HHS said the agency “is continuing to explore options.”

HHS Secretary Xavier Becerra was expected to make that call at a press conference on monkeypox this morning but passed on the opportunity.

Sec. Becerra makes decision we are not in a #monkeypox public health emergency and that they will continue to “monitor” and “weigh” the response in the country.

Even though the left is upset by Becerra’s logical action, it was the correct call. To be a “public health emergency,” a disease would have to be a threat to the general population (for the record, I think “public health emergency” is a bullsh** term dreamed up by fascists with an M.D./M.P.H degree combo to gain the power to run our lives, but that’s a story for a different day). Monkeypox isn’t. According to the CDC, there are more cases of demonic possession than monkeypox in the United States. 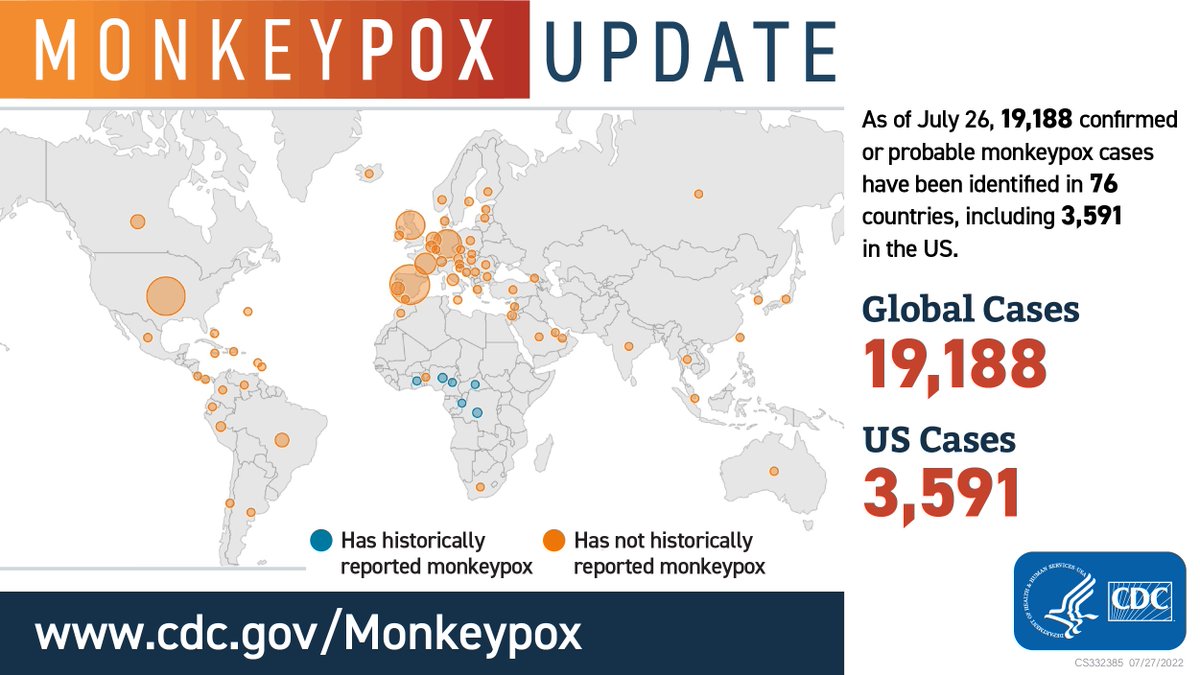 This is not just me being laissez-faire about an emerging infectious disease; the fact is that there is an easy way of ensuring that you are invulnerable to the scourge of monkeypox.

A study published in the New England Journal of Medicine last week found that 98 percent of infected people were gay or bisexual men, and 95 percent of cases were transmitted through sexual activity.

But experts say the transmission of the disease, which causes a blistering rash, appears to mainly happen during close, physical contact, and monkeypox has so far not been labelled a sexually transmitted infection (STI).

Experts also warn against thinking that only one community can be affected by the disease, stressing that it spreads through regular skin-to-skin contact, and also through droplets or touching contaminated bedding or towels in a household setting.

One of the directors for George Soros’ Open Society Foundations who specializes in public health, Sebastian Köhn, shares in the Guardian how he had sex with multiple men in a weekend for NYC Pride & contracted both #monkeypox & gonorrhea. He blames the system for failing him. pic.twitter.com/De1KQBDRUl

The latest on the U.S. monkeypox response: over 780,000 vaccine doses to be distributed in the coming weeks, and plans for millions more in the coming months.https://t.co/5DiQZBYxzB

The guidance for vaccine use, though, specifies that it is not for everyone.

WHO poohbah Ghebreyesus said, “For the moment, this is an outbreak that’s concentrated among men who have sex with men; especially those with multiple sexual partners…For men who have sex with men, this includes, for the moment, reducing your number of sexual partners, reconsidering sex with new partners and exchanging contact details with any new partners to enable follow-up if needed.”

Over and over, we are told by officials that this is not a sexually transmitted disease when it is precisely that. Gonorrhea can also be spread through non-sexual means, but only a f***ing moron would claim it is not an STD.

If you say otherwise, you are in for a tough time. This is a clip from “Kennedy” on Fox Business.

The left to right is the host, Lisa “Kennedy” Montgomery; Ned Ryun, CEO of American Majority; Marie “Man Hands” Harf, a grifter formerly employed by Obama’s State Department; and Brad Polumbo of something called Foundation for Economic Education and a little trafficked website called “Based Politics.” Brad is openly gay (NTAWWT) and gets his shorts all twisted if you spell his name Palumbo, so don’t. I don’t want him getting all stompy-feet with me on Twitter again.

“It’s not bigoted! This is science Kennedy,” Ryun exclaimed, who was then swiftly shut down by the host. Montgomery suggested that the monkeypox vaccine, a smallpox vaccine, is “lower on the priority list” for distribution because it is impacting the gay community.

He argued that people had to be “really careful” when discussing the topic. “We saw with the AIDS crisis, with the HIV crisis, about how certain communities or certain gay people will be stigmatised over something that lots of people do, and we gotta be careful about that,” he argued.

Marie Harf, a Fox News contributor and the third panellist, said that Ryun was using “bigoted language” that suggests “the only people that get this are from one group of Americans.

Unfortunately, while howling about Ryun’s bigotry, a fake history of the AIDS scare was mainstreamed. I was an adult when AIDS appeared, and contrary to the bullsh** spread on this segment, nothing was done to “stimgatize” promiscuous homosexual men. To the contrary, the government made every effort to avoid doing just that. The first high-risk groups identified by the US government were homosexual men, intravenous drug users, hemophiliacs, and Haitians. Yes, an entire nation was labeled as being at risk of AIDS.

Haitians say the effect of being placed in the risk group goes beyond the medical implications and has had an adverse impact on many aspects of their social, cultural and economic life both here and in Haiti.

The Haitian medical leaders’ basic criticisms of the American action were listed by Dr. Saidel Laine, president of the Haitian Medical Association. He said American health officials had used unscientific methods in their investigations, which he called ”racist,” and said the findings had left a whole nation of people unduly alarmed and unfairly stigmatized.

Public health authorities refused to engage in basic STD outbreak procedures, like contact tracing, for fear the infected AIDS carriers would “go underground.” As a result, AIDS was allowed to spread freely and, in some cases, make the jump into the heterosexual majority. Oddly enough, these same folks tried to impose contact tracing to address COVID, a respiratory virus that is spread through casual contact or no contact. In fact, some of the people who insisted that we wear masks while alone outside are now defending homosexual orgies. One of those is the aptly named California state senator Scott Wiener.

Lots of sex shaming of gay men around monkeypox. The same shaming we saw in the 1980s re HIV.

Lecturing people not to have sex isn’t a public health strategy. It didn’t stop HIV — it made it worse — & it won’t stop monkeypox.

What will work is vaccination, testing & education.

Above all, let’s not let ourselves be bullied into believing that monkeypox represents a threat to everyone and panic. It doesn’t.

A California woman was attacked by a stranger with a hammer and was shot in the face before he tried to abduct her 10-year-old daughter, police … END_OF_DOCUMENT_TOKEN_TO_BE_REPLACED

GOP Leadership in the House has responded forcefully to the FBI raid of Mar-a-Lago, with GOP leader … END_OF_DOCUMENT_TOKEN_TO_BE_REPLACED

It was certainly shocking news to hear on Monday that the FBI was raiding Mar-a-Lago. There was more … END_OF_DOCUMENT_TOKEN_TO_BE_REPLACED