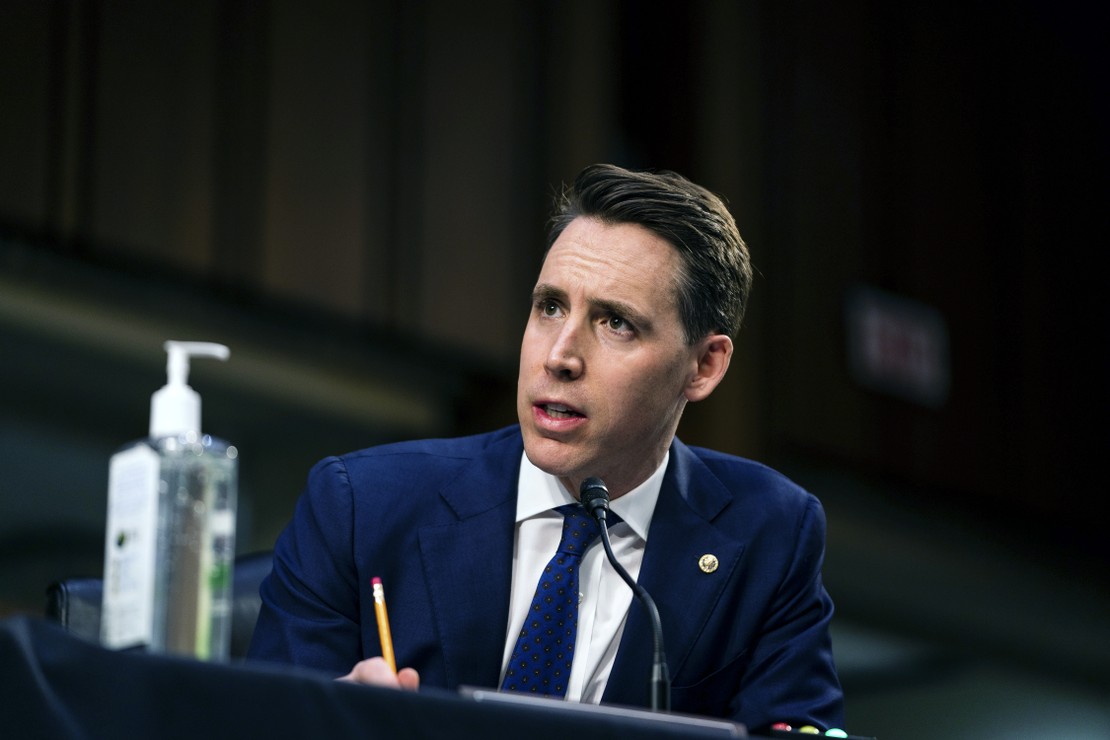 We saw some fireworks with the Senate Judiciary Committee grilling of FBI Director Christopher Wray on Thursday. Sen. Ted Cruz (R-TX) dropped the boot on Wray, and Sen. Chuck Grassley (R-IA) leveled Wray over his effort to beat it out of there to stop answering questions from Republicans.

But that wasn’t the only concerning news of the day.

Sen. Josh Hawley (R-MO) also raised a whistleblower report that was made by him and Sen. Ron Johnson (R-WI) that the Biden Administration had evacuated and resettled 324 people who were on the Pentagon’s “watch list,” including known, suspected terrorists.

NEW whistleblower allegations – hundreds of Afghan evacuees who appeared on DOD terror watch list allowed to enter the U.S. ⁦@SenRonJohnson⁩ and I lay out what we’ve learned pic.twitter.com/zBHlVB0ujE

Fox News reported in February that at least 50 Afghan evacuees were brought to the U.S. in the wake of the U.S. withdrawal from Afghanistan whose information indicated “potentially serious security concerns.” The information came in a Pentagon inspector general report, which revealed that U.S. government officials were unable to locate dozens of those individuals who had “derogatory information” that would make them ineligible for parole.

A footnote in that inspector general report stated that the “significant security concerns include individuals whose latent fingerprints have been found on improvised explosive devices and known or suspected terrorists” and for which officials would send that derogatory information to appropriate Pentagon personnel.

Hawley asked during the hearing if Wray understood that number wasn’t just 50 but 324 who posed a “graver” situation, according to the whistleblower.

Wray claimed they were actively trying to investigate a number of the cases, but he didn’t know the status of any of those cases.

Wray told the committee that the joint-terrorism task forces are “engaged in the effort to investigate potential terrorist activity, and any number of them would potentially involve people who came from Afghanistan.”

Committee Ranking Member Chuck Grassley, R-Iowa, asked Wray if the FBI knows where in the U.S. the flagged evacuees are located.

“We have a lot of information about where people are located,” Wray said. “I can’t sit here right now and say we know where all are located at any given time.”

How did this happen? According to the whistleblower, the White House and the DoD told people to cut corners and did not properly vet the refugees. They failed to fully fingerprint the people, and they reportedly were told to delete data.

“We know that hundreds of people potentially connected to terrorism are loose in this country,” Hawley said, because of what the Biden team has done.

Hawley and Johnson are demanding that the Pentagon’s Acting Inspector General investigate the claims by the whistleblower.

We knew since the beginning that Biden was lying when he claimed that people were being rigorously vetted; this shows what a lie that was. So, not only did they leave behind the people to whom we owed an obligation, but they took in people to buff up the numbers. These were people whom we didn’t have any connection to, and now it’s confirmed that they didn’t properly check, intentionally, thus endangering us all.

Not surprisingly, it appears that Democrats have learned absolutely nothing from their nasty attacks on concerned parents, as evidenced by a new ad … END_OF_DOCUMENT_TOKEN_TO_BE_REPLACED

My hunger for the sternest forms of justice is nearly insatiable these days. Even to the point of co-authoring a book calling for a new Nuremberg … END_OF_DOCUMENT_TOKEN_TO_BE_REPLACED

Ahead of the passage of the $700 billion Inflation Reduction Act, Ford Motor Company and General … END_OF_DOCUMENT_TOKEN_TO_BE_REPLACED

A marketing ploy for the new "She-Hulk: Attorney at Law" Marvel superhero series on Disney+ is … END_OF_DOCUMENT_TOKEN_TO_BE_REPLACED