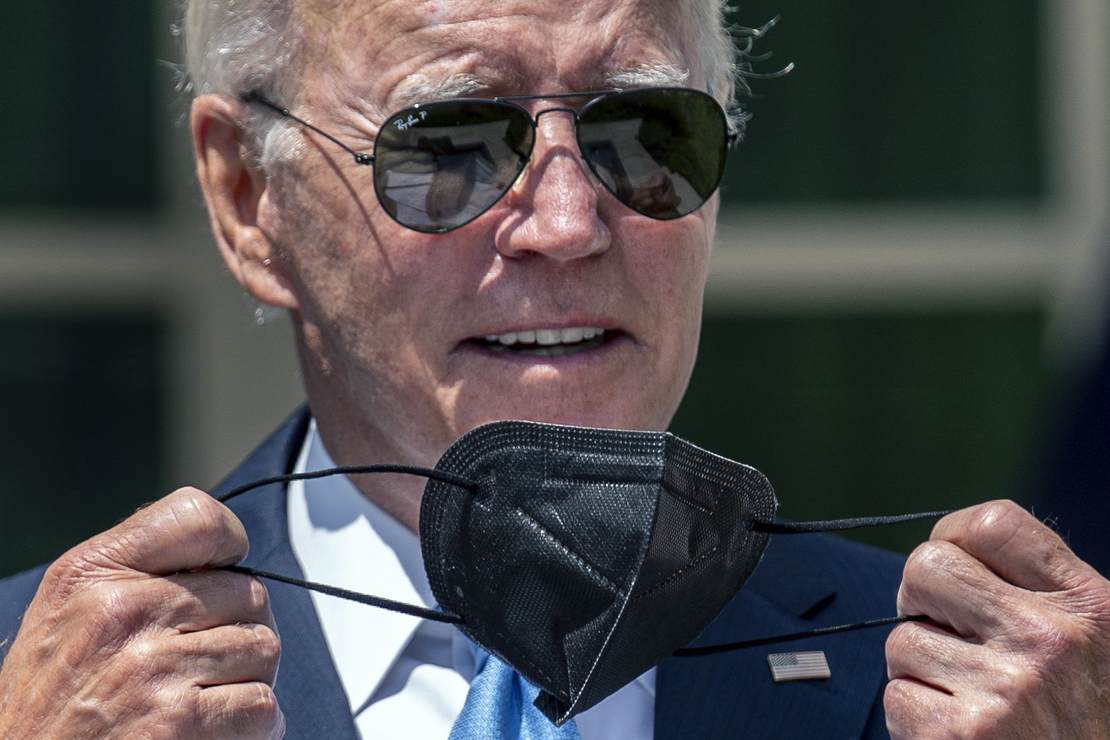 With the new positive test, his doctor, Dr. Kevin O’Connor, issued a written statement, terming it a case of “rebound positivity,” which he says happens sometimes with Paxlovid treatment.

Biden tests positive for covid again, per letter from doctor. No reemergence of symptoms pic.twitter.com/qzSXGXgucI

The doctor said that Biden wasn’t feeling any “re-emergence of symptoms.”

But during his continuing bout of COVID, although Biden has pushed following CDC guidance to others, both he and Kamala Harris have blown off that guidance for themselves. Rules are for the little people, not Biden and Harris. We’ve reported on some of that recent mask theater from Biden, but now there’s more.

Biden’s doctor had said on Wednesday that he would be wearing a “well-fitting mask” when he was around others for 10 days. That’s following the CDC guidance saying that he should wear the mask for 10 days. The doctor claimed that Biden wanted to be “conscientious” about protecting others.

The note from Biden’s doctor yesterday was pretty clear on this point. “He will wear a well-fitting mask for 10 full days any time he is around others.” pic.twitter.com/Pw3DcxAfsN

But Biden was not wearing a mask today while participating in a roundtable on the economy, despite sitting near Treasury Secretary JANET YELLEN. It is the latest instance of both the president and the vice president not following the CDC Covid guidance despite asking Americans to. [….]

A White House official argued that “we have ensured that there is sufficient distance between him and others to allow him to safely remove his mask.” When we noted that’s not what the CDC guidance says or what Dr. O’Connor said he’d do, the official declined to comment further.

one of the photos from the event today. pic.twitter.com/PV08Urdp0b

Just in case the hypocrisy wasn’t completely clear, Politico reporters had a few things to say about the hypocrisy–including that the reporters who got near Yellen were required to test negative and they had to wear masks.

FWIW, at the Yellen’s press conference today, all reporters were required to test negative ahead of time, and we were all told to wear masks when she entered the room. https://t.co/qQ2ImoM2xr

AP reporter Seung Min Kim also reported Biden blowing off the rules, it’s not clear if she’s talking about the same or other instances of Biden flouting the mask guidance.

When we saw Biden this week after he tested negative, he did not wear a mask around others as CDC says he should. WH says he was sufficiently distanced from others but CDC guidance says nothing about distance when requiring recently-positive people to mask for a few days pic.twitter.com/y76T32s60y

Politico reporter Alex Ward observed that before Biden came down with COVID, he was also blowing off what his doctor advised.

In Israel, he disobeyed his doctor as he hugged and shook with local officials at Ben Gurion Airport.

“Conscientious” to Biden must translate to “I do what I want.” But, we all know that had Donald Trump done this, we would be hearing about the people that he was potentially killing with his actions.

On Monday evening, the FBI took the unprecedented step of raiding the home of former President Donald Trump. What were they looking for? … END_OF_DOCUMENT_TOKEN_TO_BE_REPLACED

Nebraska Gov. Pete Ricketts, a Republican, issued a statement on Monday announcing that due to a … END_OF_DOCUMENT_TOKEN_TO_BE_REPLACED