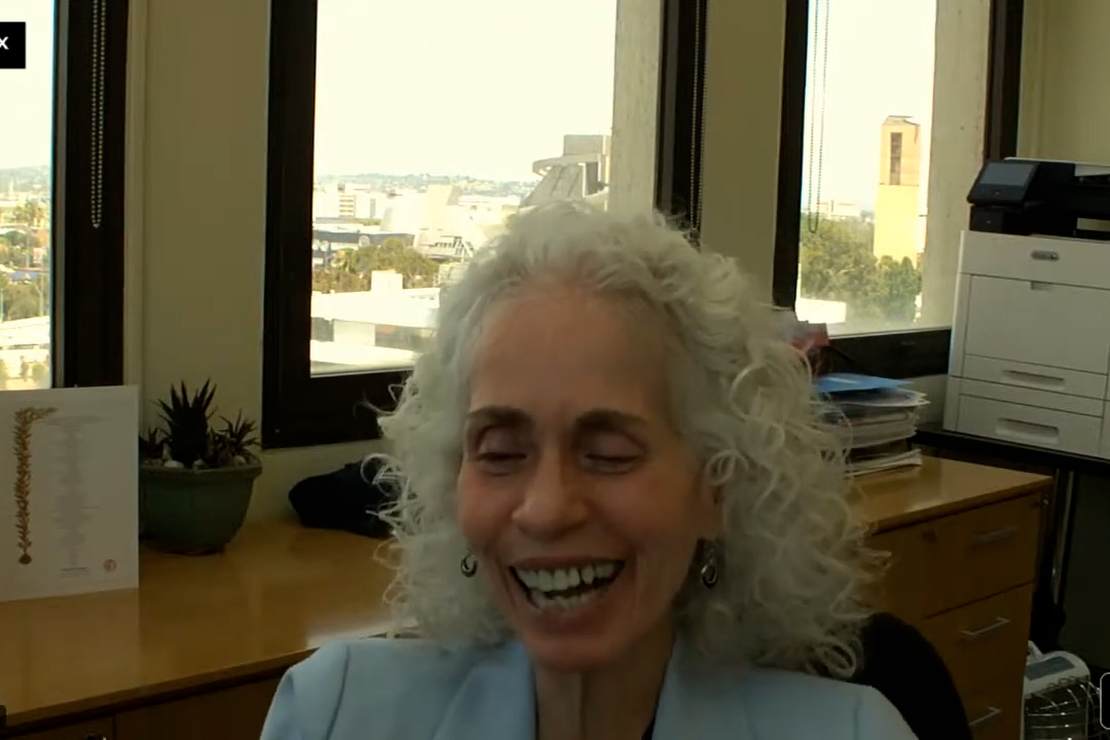 After Barbara Ferrer, the Ph.D. in social work who heads the Los Angeles Department of Public Health, threatened to impose an indoor masking mandate on the county’s ten million residents, the Alliance of Los Angeles County Parents filed a lawsuit against the department, Ferrer and Health Officer Dr. Muntu Davis for violating the equal protection clause. The lawsuit states:

The incongruity between the County’s decision to impose such a dramatic restriction on its residents and the remarks of the LAC+USC physicians explaining the waning risks of COVID and absence of high hospitalization due to COVID demonstrates decision-making by County Public Health that is beyond the bounds of reason, arbitrary, capricious, and entirely lacking in evidentiary support.

The group is headed by attorney Julie Hamill, a mother of three who is also a school board candidate. The Alliance describes its mission on its website:

You can read the entire petition and writ of mandate from her tweet below:

On behalf of @LACountyParents, I filed a petition for writ of mandate and complaint against @lapublichealth, Ferrer and Davis. We cannot live like this anymore. If she proceeds with the new mask mandate on Friday, we will immediately seek a TRO. https://t.co/zVZL6s50AU

The Alliance filed the writ and proceeded to serve the department—but Ferrer and Davis decided to avoid process servers and went so far as to refuse to even acknowledge the suit. This should come as no surprise, given the lack of access and transparency they’ve displayed to media, concerned citizens, and even the Board of Supervisors.

Update on the Alliance of LA County Parents lawsuit: @lapublichealth accepted service, but neither they nor county counsel will accept service for Ferrer or Davis. Very bizarre and unprofessional behavior. Now a process server has to stakeout their homes, which I’d rather not do.

Hours after calling out the lack of response, it appeared that LA County decided to use taxpayer money for the defense—and lots of it. They’ve hired Sheppard Mullin, a top-tier firm, instead of using the LA County Counsel. Attorney rates at the firm were $695 in 2007; we can only imagine what they are now. Some claim that partner rates now hover around $1500 hourly.

Update: After this tweet tonight, I got an email from @SheppardMullin. @lapublichealth is spending your tax money to pay them to defend the County, Ferrer, and Davis from our lawsuit. At least no stake out is needed now. https://t.co/oa1WFG4bB2

Much like how Barbara Ferrer was hell-bent on reimposing an indoor mask mandate until revelations about her daughter’s conflict of interest in a shoddy mask “study,” the video of County USC Medical Center doctors speaking the truth about the lack of Covid hospitalizations and public pressure on the Board of Supervisors, her modus operandi is clearly avoidance of reality past the point of reason.

I reached out to the office of County Counsel, which has 368 employees listed as lawyers in the 2021 Transparent California database, to ask them why an outside firm has been retained to defend the county and its employees. No one answered the one publicly available phone number. I also emailed them for comment and will update this story if and when they respond.

The Los Angeles County Board of Supervisors’ meeting agendas are regularly filled with news of lawsuits they’ve chosen to settle. Given the lack of oversight they’ve displayed with the Department of Public Health and their bloated county counsel’s office’s disregard for citizens, it’s no surprise.

We’ve covered Ferrer’s misdeeds extensively at RedState; you can catch up on it all here. My opinion is that Ferrer declined to reintroduce a mask mandate on July 28 because she was feeling the heat from all the negative press and criticism from the Board of Supervisors. She will doubtless try again when she feels the news cycle has moved on, and has made it clear that her mandate is just paused, not gone forever.

That’s why groups like the Alliance of Los Angeles County Parents and attorneys like Julie Hamill are so important, and why this lawsuit still matters.

GOP Rep. Liz Cheney of Wyoming has said that she could back a Republican for the White House in … END_OF_DOCUMENT_TOKEN_TO_BE_REPLACED