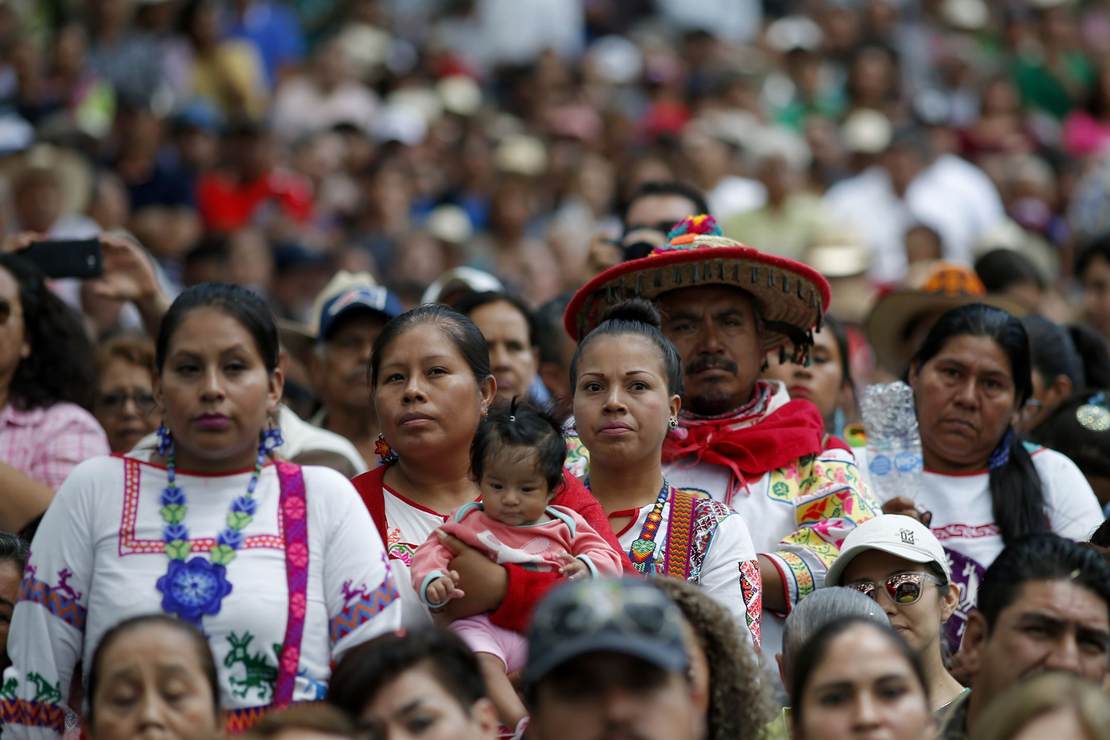 Seems to me that until a better example comes along — shortly, I’m sure — if you look up “irony” in the dictionary, the above headline will be the first example you see. Yep, as Biden’s border crisis continues unabated, with tens of thousands of non-English-speaking illegals streaming across the Southern border daily, residents of Mexico City are ticked off by the influx of English-speaking Americans into Mexico.

As reported by The Los Angeles Times on Wednesday in an article that rivals the best travel brochures, Mexico has long been the top foreign travel destination for Americans, “its bountiful beaches and picturesque pueblos luring tens of millions of U.S. visitors annually.” But in recent years, an influx of Californians, along with Americans from across the country, have flooded Mexico City, the nation’s capital, and left “a scent of new-wave imperialism.”

And, English? You know, a foreign language in Mexico, where most people don’t speak a lick of it? Locals have become increasingly “fed up” with the growing number of Americans moving to the country, which has contributed to a rise in rent and a shift from Spanish to English in some places, with flyers popping up around the city — in English:

New to the city? Working remotely? You’re a f—ing plague and the locals f—ing hate you. Leave.

While the Times report insisted that the “vast majority” of Mexico City residents are “unwaveringly kind” to visitors, there remains a “friction beneath the surface” of what gentrification — a process in which a poor area experiences an influx of middle-class or wealthy people who renovate and rebuild homes and businesses and which often results in an increase in property values and the displacement of earlier, usually poorer residents — means to the area.

Thirty-one-year-old Hugo Van der Merwe, who grew up in Florida and Namibia, and has been working remotely in Mexico City, told the paper:

There’s a distinction between people who want to learn about the place they are in and those who just like it because it’s cheap. I’ve met a number of people who don’t really care that they’re in Mexico, they just care that it’s cheap.

The average local salary in Mexico City is $450 a month. For the cost of a $2,000 one-bedroom in Koreatown, a neighborhood in central Los Angeles, a penthouse can be rented in the Mexican capital.

According to the Times,1.2 million foreign visitors arrived at Mexico City’s airport during the first four months of 2022. Alexandra Demou, who runs the relocation company Welcome Home Mexico, said people are “flooding in.”

We’re just seeing Americans flooding in. It’s people who maybe have their own business, or maybe they’re thinking of starting some consulting or freelance work. They don’t even know how long they’re going to stay. They’re completely picking up their entire lives and just moving down here.

According to the State Department, there are 1.6 million Americans living in Mexico, many of them arriving during the COVID pandemic after Mexico eased restrictions sooner than many places in the United States, but it is unknown how many of those Americans are in Mexico City. Mexican census data track only foreigners who have applied for residency, and most remote workers don’t, according to the Times.

Is it any wonder Americans are fleeing Biden’s America?

Mexico is just a proverbial hop, skip, and a jump away from the Biden Energy Crisis, Bidenomics, and Bidenflation. Then toss in, for example, the out-of-control crazy-train prices and everything else left-wing about of the no-longer-Golden State of California. It is not unreasonable to understand why the adventurous among us, overburdened by costly Democrat policies, might very well just say “The hell with it,” and leave the country — permanently or perhaps until or if insanity returns to America.

Still, the irony runs deep. The Biden administration has all but installed one-way northbound people-movers along the Southern Border and hired welcoming mariachi bands. Meanwhile, untold numbers of Americans are fleeing Biden’s America, many of them to Mexico.

On Monday evening, the FBI took the unprecedented step of raiding the home of former President Donald Trump. What were they looking for? … END_OF_DOCUMENT_TOKEN_TO_BE_REPLACED

Nebraska Gov. Pete Ricketts, a Republican, issued a statement on Monday announcing that due to a … END_OF_DOCUMENT_TOKEN_TO_BE_REPLACED