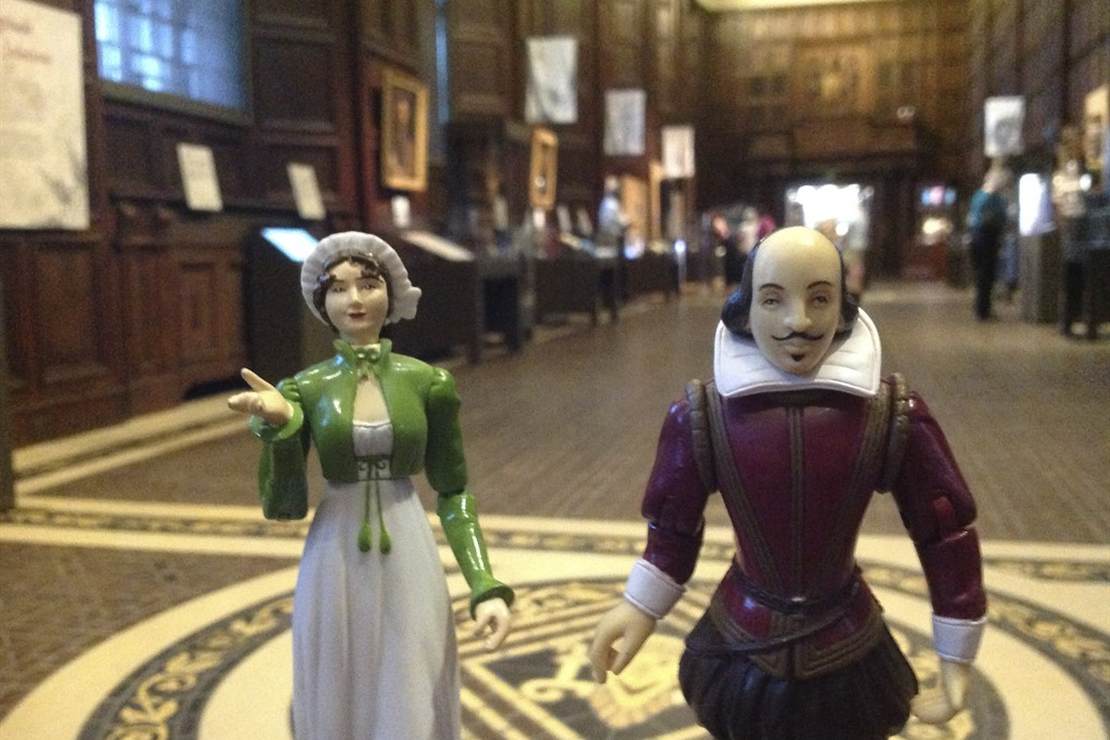 If you’re planning to major in literature at Northwestern University, there is considerable news: You won’t be made to worry so much with literature. At least, not where the conventional stuff is concerned.

The private Illinois research college previously required majors to take two English and American literature survey courses. But now, attendees can skip over a lot of that jazz.

Even so, students will be made to complete a couple of “Historical Breadth” courses — one each for works created before and after 1830.

For the 2022-23 school year, “Topics in Literature and Culture: Violence” will satisfy the pre-1830 requirement. For later writing, “Introduction to Poetry” or “Introduction to Fiction” (in the Spring) will nicely do.

In the liquor cabinet of literature, it seems the school is trying to let students pass on the hard stuff.

Everyone wants to be in style:

While brainstorming department changes, English Prof. and department Director of Undergraduate Studies Julia Stern said she compared Northwestern’s curriculum with peer institutions. She found NU was one of the only schools requiring survey courses, which are panoramic overviews of a literary tradition for more than 200 years.

Perhaps most importantly, the change can wipe away some old-school whiteness:

Stern said the department’s two introductory survey courses in English and American literature did not make use of its faculty’s expertise, as few professors could teach these courses.

In education, there’s certainly nothing more modern than “Cast off what’s Caucasian”:

Professor Decries Climate Change as the ‘White Colonization of the Atmosphere’

Report: Professor Tells White Student if He’s Breathing, He ‘May Have Oppressed Somebody’ Today

Professor Insists U.S. Is ‘Only for White People,’ Talks ‘Redemption’ When ‘There Is No America’

Back to Northwestern, what might students miss in their avoidance of the outmoded mandate?

The College Fix lays it out:

But there’ll be barrels of wokeness on tap:

Northwestern English students can satisfy their “Gender, Sexuality, and Embodiment” requirement with courses such as “Lesbian Representation in Popular Culture,” “Black Feminist Theory,” and “Sex and the Gothic Girl”…

One literature professor has condemned Northwestern’s contemporary move. Writing to the Fix, Anthony Esolen — of the University of Oxford’s Magdalen College — expressed his disdain:

“As soon as education is bound up with partisan politics, it comes to an end, because no one can speak freely, and political advantage rather than truth is what is prized.”

The professor offered a lesson on diversity:

“Study Chaucer on his own terms, and you’ll have your hands full with diversity. …  [By contrast], reading authors who are considered ‘diverse’ in our time because they adopt a particular brand of politics, and because they come from some group designated as ‘diverse’ because of their ethnic background or sexual habits, is merely to play at diversity.”

Surrender your stationary, Chaucer; better bards have commandeered the quill:

A California woman was attacked by a stranger with a hammer and was shot in the face before he tried to abduct her 10-year-old daughter, police … END_OF_DOCUMENT_TOKEN_TO_BE_REPLACED

GOP Leadership in the House has responded forcefully to the FBI raid of Mar-a-Lago, with GOP leader … END_OF_DOCUMENT_TOKEN_TO_BE_REPLACED

It was certainly shocking news to hear on Monday that the FBI was raiding Mar-a-Lago. There was more … END_OF_DOCUMENT_TOKEN_TO_BE_REPLACED