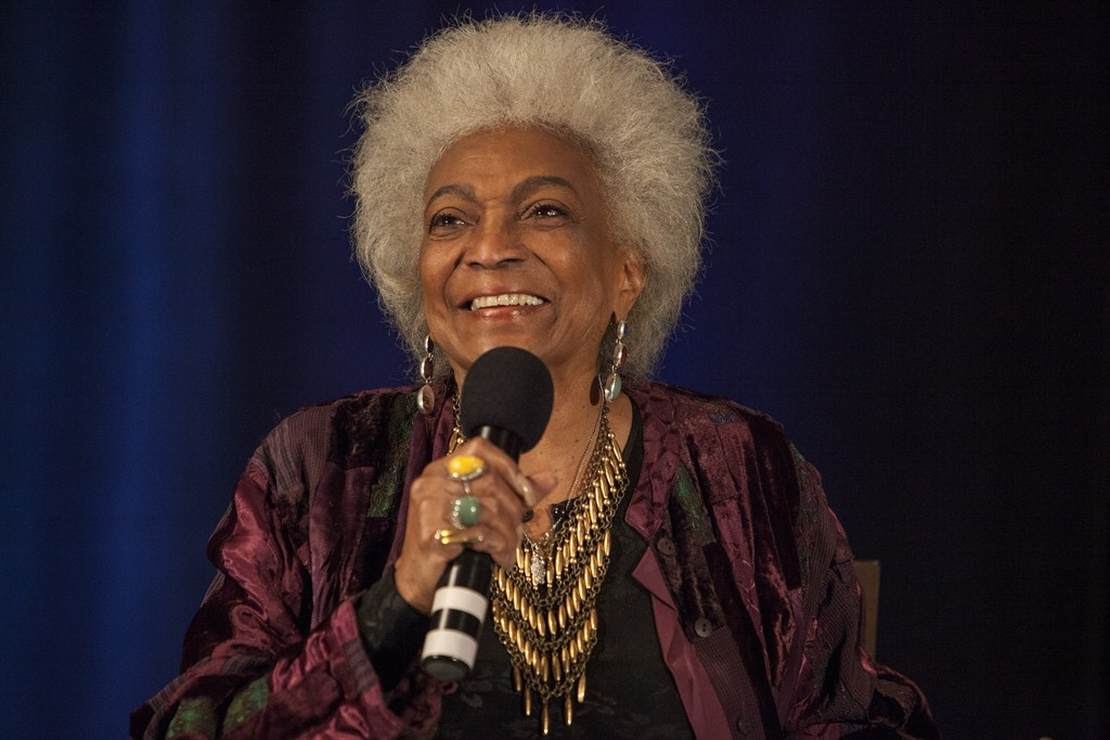 Legendary actress Nichelle Nichols has passed away at the age of 89. The news was confirmed on Saturday by her talent manager, Gilbert Bell.

Nichols reached legend status in the role of Lt. Nyota Uhura in the classic Star Trek tv series. Not only was her character one of the rare portrayals of a black woman in an influential position, she shared an interracial kiss with her co-star, William Shatner. The scene has gone down as one of the most famous in television history for the controversy it caused at a time when interracial relationships were considered taboo.

Nichols was also an accomplished jazz singer. She toured with musicians like Duke Ellington and Lionel Hampton and released two studio albums of her own. She even worked with NASA to help recruit more women and minorities into the program.

The later years of the artist’s life took a disappointing turn as Nichols’ health began to decline. An ugly controversy over her conservatorship developed between her only child, Kyle Johnson, her manager Gilbert Bell, and her friend Angelique Fawcette.

After successfully petitioning for his mother’s conservatorship in 2018, Johnson has had a tumultuous time running it, and he and Bell have filed lawsuits accusing the other of various aggressions and controlling actions. Fawcette, whom Nichols named as her successor, meanwhile, believes that — despite her dementia — Nichols is capable of living independently, without a conservator. She also alleges that Bell, who in 2018 tried to marry Nichols, allowed her home to fall into “a state of disrepair” while he was caring for her.

Nichols continued to work and make appearances even as she suffered the onset of dementia. Some say she was coerced by those in control of her estate.

Despite tumultuous later years, Nichols’ legacy is one that spans an incredible range of influence. There is no doubt she reshaped the landscape of film and television in ways that are still being felt today. A story about a touching encounter with Dr. Martin Luther King, Jr. is the perfect encapsulation of the gravity of her presence. It was posted in The Atlanta Journal-Constitution, by Ariella Kass

It was 1967, and reviews for the first season of Star Trek were not great. Nichelle Nichols, who played Lt. Nyota Uhura, had bigger issues with the show. She found it demoralizing to see her lines cut and cut again. She had to deal with racist insults off set, as well as from executives who conspired to keep her from seeing her fan mail.

At the end of the first season, Nichols recounted in her autobiography, she told the show’s creator she was done.

But the next day, at an NAACP function, a fan greeted her: Martin Luther King Jr. He told her how important her role was and how he and his family watched Star Trek faithfully and adored her in particular – the only Black character.

Nichols thanked him, but she said she planned to leave.

You cannot and you must not,” she recalls him saying. “Don’t you realize how important your presence, your character is? … Don’t you see? This is not a Black role, and this is not a female role. You have the first non stereotypical role on television, male or female. You have broken ground. For the first time,”he continued, “the world sees us as we should be seen, as equals, as intelligent people — as we should be.”

And the rest is a tale to be told in the stars.

On Monday, the Michigan Association of Public School Academies and the Thomas B. Fordham Institute of Ohio filed a complaint against the Biden … END_OF_DOCUMENT_TOKEN_TO_BE_REPLACED

Apple has reportedly told suppliers based in the Republic of Taiwan to comply with Chinese customs regulations, citing fears of trade barriers … END_OF_DOCUMENT_TOKEN_TO_BE_REPLACED

While most of the allegations of corruption surrounding the FBI’s raid of Donald Trump’s estate in Florida have been pointed at the bureau itself, … END_OF_DOCUMENT_TOKEN_TO_BE_REPLACED

I’ve often talked about the animosity many in the gun community feel toward the ATF. It’s a real … END_OF_DOCUMENT_TOKEN_TO_BE_REPLACED