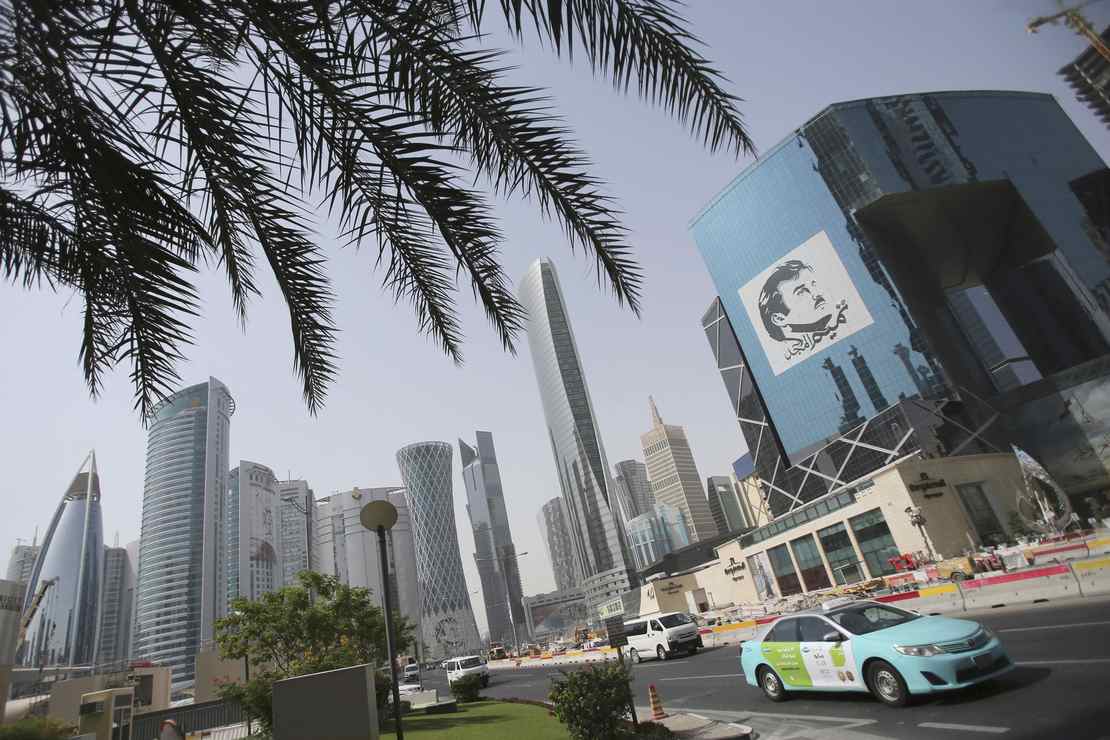 In “water is wet” news, it appears that the government of Qatar is not very excited about Jewish visitors to the nation as it hosts its first FIFA World Cup soccer event. Several Jewish organizations are claiming though they received assurance from the government that they would be allowed to prepare kosher foods for Jewish fans at the World Cup, they have not been allowed to cook any kosher at all. The only kosher foods vendors are allowed to prepare are cold bagels, according to sources. Qatar also seems to have banned any Jewish prayer services.

Sources in Jewish organizations told The Jerusalem Post that Qatar broke another promise to allow Jewish prayer services in Doha during the games, claiming it couldn’t secure this type of activity and then banned it completely.

“We were promised to be allowed to create prayer spaces in order for religious Jews who came to see the games to have a place of worship,” a representative of a Jewish organization said. “We were recently told that they banned places of worship for Jews because they cannot secure them.”

The Jerusalem Post also says a group of American Jews were planning to attend but instead canceled their plans, concerned about the availability of food they could consume.

“There is no kosher food, there are no Shabbat meals and no public prayer services,” a source said. He added that the Qataris said “they would separate religion from sports, so how come the great Qatar doesn’t know how to secure Jewish worshipers?”

The FIFA World Cup is one of the most coveted sporting events in the world, and nations are known to engage in all manner of bribery, backroom deals and begging to be able to host. Qatar has a terrible problem with human rights abuses. It was controversial for them to be chosen to host in the first place.

Perhaps FIFA has its own problems with anti-semitism in its ranks. Or maybe Qatar was able to sweeten their offer enough to get FIFA officials to look the other way when it comes to bigotry. There isn’t any indication that it is one or the other, or a combination. Whatever the case may be, it is no secret that anti-semitism runs rampant in Islamic nations. FIFA surely understood what some of the consequences for Jewish fans and players might be when they awarded Qatar the event. They went ahead anyway.

The Jerusalem Post reached out to World Cup organizers to confirm that Jewish prayer services have ben banned, but they received no response.

Florida woman Amanda Ramirez is suing Kraft Heinz Foods Company after her cup of microwavable macaroni and cheese took longer than 3.5 minutes to be … END_OF_DOCUMENT_TOKEN_TO_BE_REPLACED

China has been locking its citizens down for over two years under its zero-COVID policy, and it's becoming more and more clear that this isn’t just … END_OF_DOCUMENT_TOKEN_TO_BE_REPLACED

Famed comedian Jay Leno has struck again, but this time, no one's laughing. At least not heartily.As he has regularly for the last three decades or … END_OF_DOCUMENT_TOKEN_TO_BE_REPLACED

A recent report by CriticalRace.org found that 58 of the top 100 medical schools in the United … END_OF_DOCUMENT_TOKEN_TO_BE_REPLACED

Shelby County is a speck of blue in ruby-red Tennessee; one of just four counties to vote for … END_OF_DOCUMENT_TOKEN_TO_BE_REPLACED

Who knew that the free press was so anti-free speech? I mean, I guess we all did to some extent, but … END_OF_DOCUMENT_TOKEN_TO_BE_REPLACED