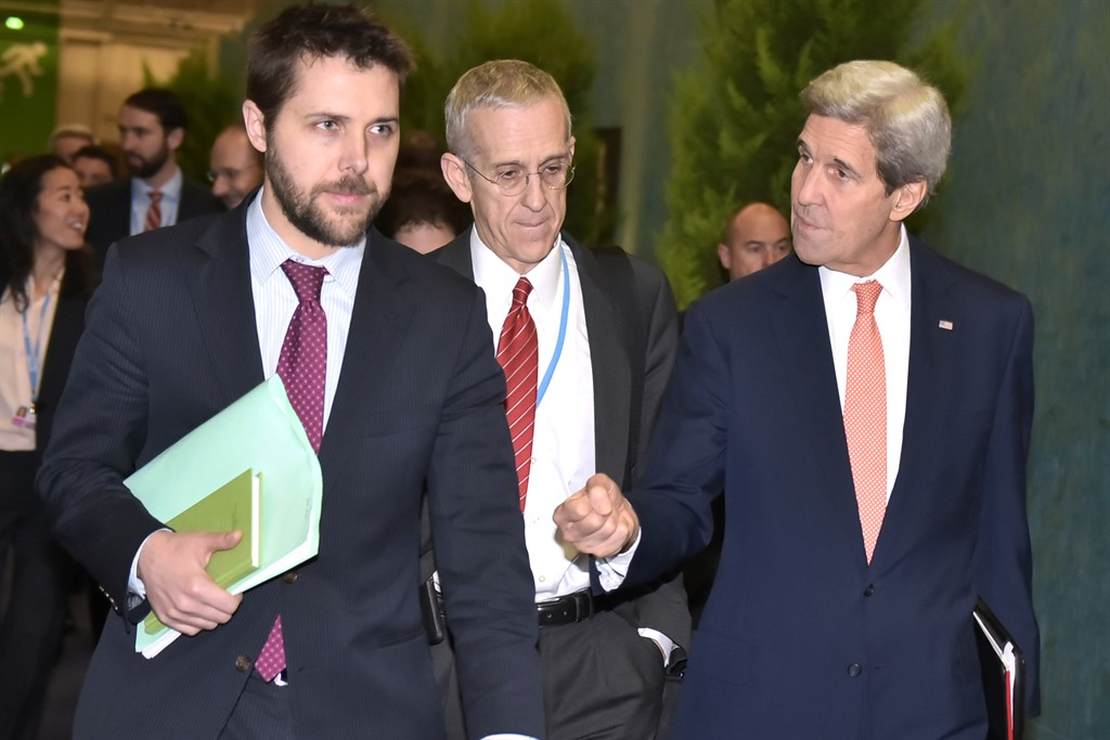 The media’s desperation for cleaning up the Biden record is reaching a hysterical level.

At the moment we are watching the press complex in this country making strained efforts at recalibrating the economy, in order to avoid having Joe Biden saddled with the yoke of a recession. This is not automatic fealty to Joe, but a desire for a wider benefit to the Democrats. Before we go further, let us understand – the need to dress up the economy is being done with an eye on the coming midterms. Biden is an anchor, as far as candidates are concerned, so anything that can float his image so it is not underwater by November is a needed boost.

Regardless of anything promoted as beneficial, everything hinges on the economy. The hope is that if they can stave off that recession kind of talk, possibly the next GDP report just before the midterms would show a slight uptick, giving the media a claim of an improving economy just ahead of the voting. While that is a long shot, the desperation seen today is the setup for that miracle play. The amusement is in the tactics being used.

The initial narrative comes from Brian Deese, Biden’s hack of an economic advisor. Deese, you may recall, had been ardently trying to sell us his low-octane gas lighting on gasoline prices for some time already. Deese was out on Monday ahead of the release of the GDP numbers, with his insistence that the traditional measure of a recession – two consecutive quarters of negative growth – is not an accurate measure.

This had been initially mocked as indolent thinking. Except in the media. As the numbers arrived, numerous players in the press followed this White House script of questioning the long-held standard of a recession. But there is another method at play by journalists, that is also a cue taken from the administration. Deese, recall, was the practitioner of the method of measuring success by eliminating the worst data components, in order to then declare metrics were actually showing good signs. He claimed last fall food prices were not so high, so long as you did not factor in the high-priced meat items.

As dumb of an approach to reality as this is, it is expected from the spin merchants inside a desperate administration. But while few Americans are swayed by the sales pitch of If you do not include food and gas prices, inflation is not so high, media members are attempting this same con job. Now, the press is actually engaged in this very same prevarication tactic on the economy.

Repeatedly, we are seeing journalists approaching issues with the formula of significant figures being erased at the onset. Josh Boak attempted to dress up the economy in a very infantile manner; just don’t include inflation, and the economy is actually in good shape! Yes, seriously.

“If you simply disregard the fire this car is a gem!” https://t.co/EIMCh3oMnn pic.twitter.com/jKdCGau0qt

What we are seeing is this idiotic concept now being applied to not only economic factors, but the Biden administration in general. Try to imagine a time when a Republican president, or any GOP politician for that matter, has been defended in the press with the idea that if you eliminated the problems of their time in office, it would be regarded as a success. Van Jones at CNN wants you to basically eliminate one-third of Joe Biden’s brief tenure to this stage, and you actually have something close to a success story.

At the New York Times, Michael Shear made a slightly better approach, but one just as desperate. He took great pains in a lengthy piece to highlight the achievements of the Biden administration, placing them in the spotlight effectively while dismissing the rather glaring problems in a blithe manner. He quotes David Axelrod proclaiming Biden has been “amassing a record of historic wins,” and also shows how Biden’s people are eager to quell voter dissatisfaction.

They argue that Mr. Biden’s accomplishments are sometimes not appreciated. They point to the crush of negative news coverage that he received as gas prices were rising rapidly and the comparatively smaller amount of coverage as gas prices have fallen after his decision to release a record amount of oil from the nation’s Strategic Petroleum Reserve.

It seems so unfair; if only more people understood how great they have it today – and more were reading administration spin merchants, like Josh Boak and Michael Shear. But, it is apparent there is this desperation to alter reality in order to boost prospects for the election. The real amusement? This follows a well-recognized pattern, and it will not lead to a happy conclusion.

It would probably be called an intolerant hate crime to suggest we throw away the AP guide on journalism language.

For reasons still never cogently explained, our intellectual class continues to embarrass itself by eliminating commonly taught standards and science. In the effort to show appropriate social signaling, facts and established definitions are dispatched blithely in order to lecture the rabble on the shifting mores of their utopian vision. This means today, biologically supported knowledge is hateful, and its adherents are intolerant and uneducated.

Old school physiology has become eclipsed by contemporary wokeness, and you are a philistine to suggest biology dictates which of the two genders you possess – so say the thinkers who shriek constantly about “SETTLED SCIENCE!” This same crowd now tells us that your sexual preference is something dictated at your birth, but your sex that has always been determined at a molecular level is now any of the dozens of choices you prefer on a given day.

This stunted thinking is being coddled by the elites in the media landscape. Recently, the verbal authorities at Merriam-Webster reacted to the indolent arguments over what the proper labels are for those who give birth. We are in the era that declaring it is a woman who gestates life internally makes you a hate monger. So, the dictionary dictators have altered the definition of the word “woman” to now read:

b.: having a gender identity that is the opposite of male

First off, we need to ask if any biologists are on staff in order to make this declaration. But, there is a slight problem with their addendum. If you look up the definition of “male” in order to ascertain the definition, you are told unhelpfully that it is the opposite of “female”. This is supposed to be an informative textbook, mind you. Now incorporate what, 60+ other genders that are now accepted, and you have not lent any clarity to the issue, much as you are not clarifying vodka by adding Bailey’s and Kahlua. 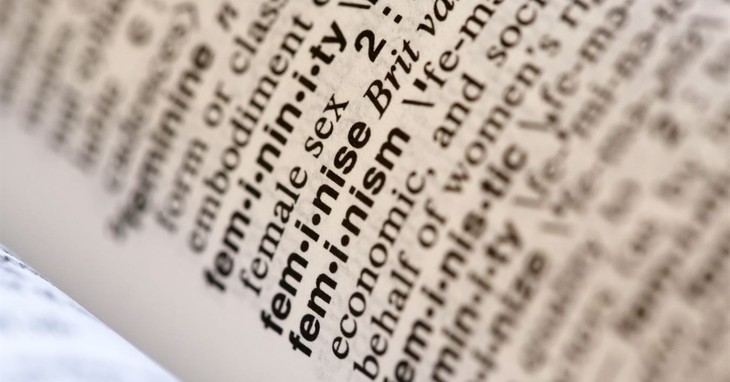 Joining in on this tap dance in the social minefield now is the Associated Press and its recent alterations to its formerly revered Stylebook. The syndicate has made revisions in what some of the accepted language is regarding the trans community, and if you manage to come away with a clear vision of what is considered proper, then you are far more adept at these fraudulent standards than myself.

From the onset, you get a sense of the divot-filled road in front of us with this announced change.

Over two dozen new standards of language in how to address trans issues in your reporting. Well now, this should be fun, and not all confounding and necessitating a copious amount of the aforementioned vodka. An introduction to this section goes as follows:

“A person’s sex and gender are usually assigned at birth by parents or attendants and can turn out to be inaccurate. Experts say gender is a spectrum, not a binary structure consisting of only men and women, that can vary among societies and can change over time.”

From there, the new standards and suggestions unspool in a miasma of modernity.

Then, possibly my favorite new standard is this height of redundancy, for no clear reason.

I almost want to ask what the hell is the difference between “chosen” and “they use,” but then I run the risk of enduring more of these kinds of explainers.

There was a time when the AP Stylebook was one that professionals turned to for clarity, or settling newsroom bets. These days, it has become a source for humor. The only real time I have any contretemps with the editors here on the site is when I get instructed that something I wrote does not comport with the AP Book. They severely underestimate my apathy towards this tome.

It was not long ago when the AP responded to the Black Lives Matter protests by deciding that in racial discourse, the word “black” should be capitalized, but not the word “white”. It is for all the stated idiotic reasons above that I could not care less what the AP suggests as far as my writing. If they want to provide guidance as to what language might be inflammatory, I will miss out, as I tossed their Stylebook into the Weber– only to discover it is flammable.

On Monday evening, the FBI took the unprecedented step of raiding the home of former President Donald Trump. What were they looking for? … END_OF_DOCUMENT_TOKEN_TO_BE_REPLACED

Nebraska Gov. Pete Ricketts, a Republican, issued a statement on Monday announcing that due to a … END_OF_DOCUMENT_TOKEN_TO_BE_REPLACED