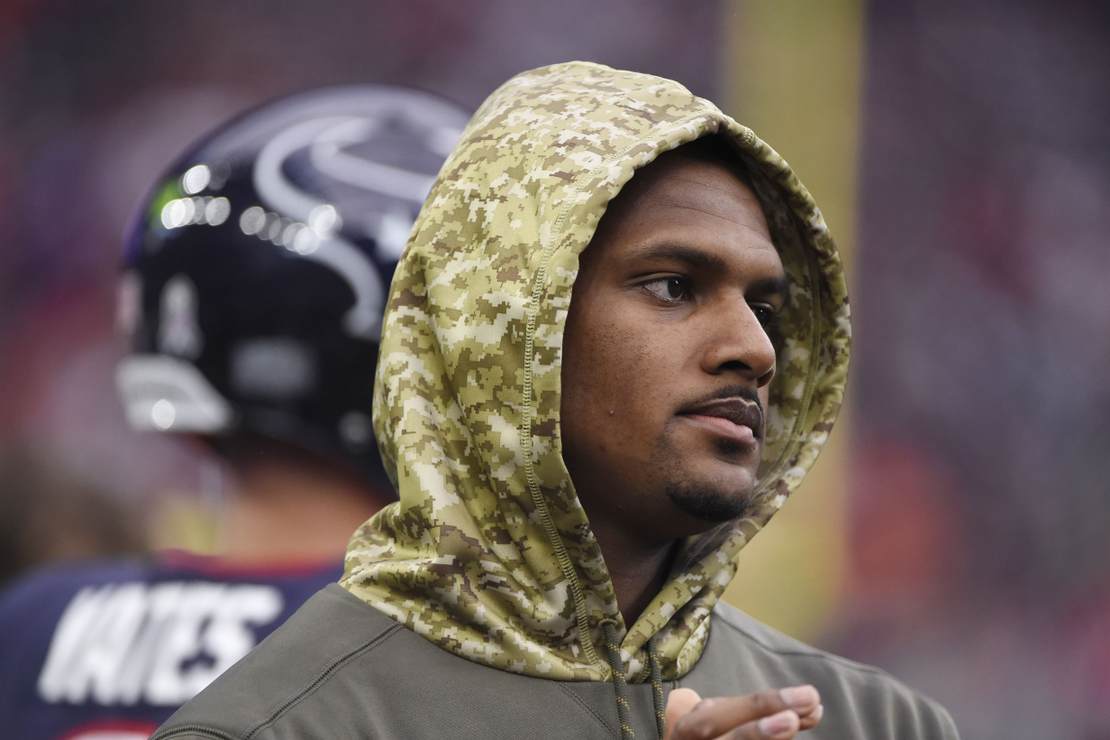 On Monday, disciplinary officer Sue L. Robinson ruled that Cleveland Browns star quarterback Deshaun Watson has been suspended for the first six games of the regular season for violating the NFL’s personal conduct policy, but he will not be fined.

A total of 25 women filed lawsuits against Watson. He settled 23 of those lawsuits. Watson was accused of sexual misconduct by the 25 women and received a six-game suspension.

“Although this is the most significant punishment ever imposed on an NFL player for allegations of nonviolent sexual conduct, Mr. Watson’s pattern of conduct is more egregious than any before reviewed by the NFL,”

Let’s take a look at some of the previous NFL suspensions.

In 2020, Antonio Brown was suspended for sending threatening text messages to a woman who accused him of sexual misconduct. Brown denied the sexual misconduct claim. He pleaded no contest to burglary and battery charges and received two years of probation. Brown received an eight-game suspension.

Atlanta Falcons wide receiver Calvin Ridley was suspended last season after he bet on NFL games. Ridley said he gambled $1,500 on NFL parlays; he got suspended for one year. The gambling occurred when Ridley was addressing mental health corners and was away from the team.

In 2017, then-Baltimore Ravens, now-Las Vegas Raiders star tight end Darren Waller violated the substance abuse policy; he was suspended for one year. He was suspended for four games for the same violation in 2016. He was reinstated in 2018.

In 2017, Dallas Cowboys star-running back Ezekiel Elliot was suspended for six games after the NFL’s investigation into domestic violence allegations. Elliot’s ex-girlfriend accused him of assaulting her five times during his college days at Ohio State.

Then-New England Patriots quarterback, now-Tampa Bay Buccaneers quarterback, was suspended for four games in 2016 after the deflategate scandal, as the Indianapolis Colts accused the Patriots of deflating footballs to give Brady the advantage.

In 2019, following a four-month investigation, wide receiver Tyreek Hill was not suspended for allegedly breaking his three-year-old son’s arm. In an audio recording, Hill’s girlfriend said his son is afraid of him; Hill responded by saying: “You should be afraid of me too.”

That’s to name a few NFL players who previously received a suspension. None of those players had 24 women accusing them of sexual misconduct.

Calvin Ridley was suspended an entire season for gambling $1500 on NFL parlays. Deshaun Watson got six games for 30 women accusing him of sexual assault.

Tony Buzbee, the attorney who represents the women in the civil lawsuits, said:

“This case started because one woman had the fortitude to step forward and make her voice heard … Her courage inspired many others with the same experience. None of this saga would have occurred without that one brave voice. One person can make a difference.”

Regarding the suspension decision, Buzbee said:

Not one, not two, but 24 women came forward accusing Watson of sexual misconduct. This is a slap on the wrist, and the NFL has set a terrible precedent because they did not push for a lengthier suspension. As mentioned earlier, Watson will not be fined either.

Some argue that he was accused of sexual misconduct, but some of the other players I mentioned were also accused of sexual misconduct and assault, yet the NFL suspended them six-to-eight games. The difference is that 24 women accused Watson, and in comparison to other athletes, the NFL gave Watson a pass with just a six-game suspension and no fine.

I’ve often talked about the animosity many in the gun community feel toward the ATF. It’s a real thing, after all, and the ATF doesn’t seem to care … END_OF_DOCUMENT_TOKEN_TO_BE_REPLACED

You’ve read the stories. FBI Director Chris Wray bugged out on his Senate hearing where he managed to say… pretty much nothing. The only substantive … END_OF_DOCUMENT_TOKEN_TO_BE_REPLACED