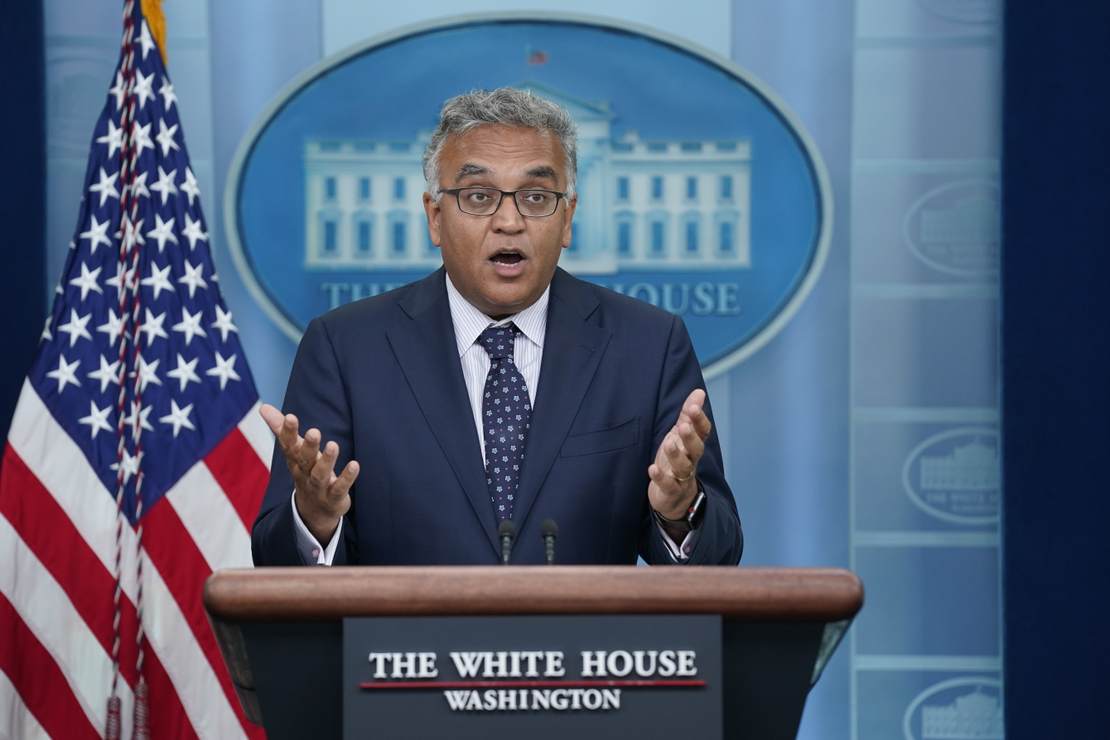 It’s been a very curious thing that the Biden team has refused to put Joe Biden’s doctor out at the podium to take questions on what’s going on with Biden’s illness.

This is something that President Donald Trump had no problem doing when he got COVID and his doctors gave daily updates.

Instead, as we’ve reported, we’ve gotten the comedy team of Jean-Pierre and Jha: White House Press Secretary Karine Jean-Pierre and White House coronavirus coordinator Ashish Jha, neither of whom is treating Biden. We’ve gotten written letters from Biden’s doctor, Dr. Kevin O’Connor, such as this one on July 24.

But written letters don’t allow you to question him about such things as why he needs an albuterol inhaler if he’s supposedly not having any difficulty breathing or why O’Connor stopped Joe Biden’s blood thinner outright as opposed to just reducing it because he’s taking Paxlovid for the COVID. When you’ve been taking a blood thinner for a while, stopping it suddenly would be a concern. According to that July 24th letter, the doctor is giving Biden some low-dose aspirin as a replacement blood thinner. Now, with questioning, you might be able to flesh out the thinking there. But here, when reporters have questions, they can’t get answers.

“One of the questions has been asked and we’ll have to raise it again. is why the President’s personal physician is not here? Are you familiar with a reason? Has the President decided not to send his physician here to answer our questions the way that his predecessors have decided to send their physicians here?” Portnoy asked.

Jha responded that “you’ve heard every day from the President’s physician through his detailed accounting of his assessment, his plan.” Adding that “I have been speaking to both his personal physician. I speak to him every single day at length.”

Portnoy kept at it.

(Crestor is the cholesterol med and Eliquis is the blood thinner.)

Portnoy still didn’t get an answer.

Fox’s Peter Doocy then took up the effort, asking Jha whose decision it was to not make the doctor available: the doctor, Joe Biden? What’s going on here?

Jha said he had spoken to both Joe Biden and the doctor, and “neither of them has expressed a preference.” He said Dr. O’Connor had “not at any point” said he didn’t want to come and that Joe Biden had not said he didn’t want the doctor to come. It also sounds like he refers to Joe Biden as “the resident” at about the :25 mark. I don’t know whether he slurred the “p” there or what. People have sometimes used the term “resident” when they are trying to take shots at who is in the office — that’s why it jumps out.

But whatever he called Biden, he seems to be saying it was not the choice of Biden or the doctor. To me, that raises even bigger questions: Who is in charge here? Who is deciding that the doctor won’t be available in person? Is that White House Chief of Staff Ron Klain? Or someone else behind the scenes? And why? Is the problem that the Biden team is afraid that the doctor won’t be able to stick to a script or that they know reporters might ask things about Biden’s mental competency? Or is there something else here that they’re just not telling us?

On Monday evening, the FBI took the unprecedented step of raiding the home of former President Donald Trump. What were they looking for? … END_OF_DOCUMENT_TOKEN_TO_BE_REPLACED

Nebraska Gov. Pete Ricketts, a Republican, issued a statement on Monday announcing that due to a … END_OF_DOCUMENT_TOKEN_TO_BE_REPLACED