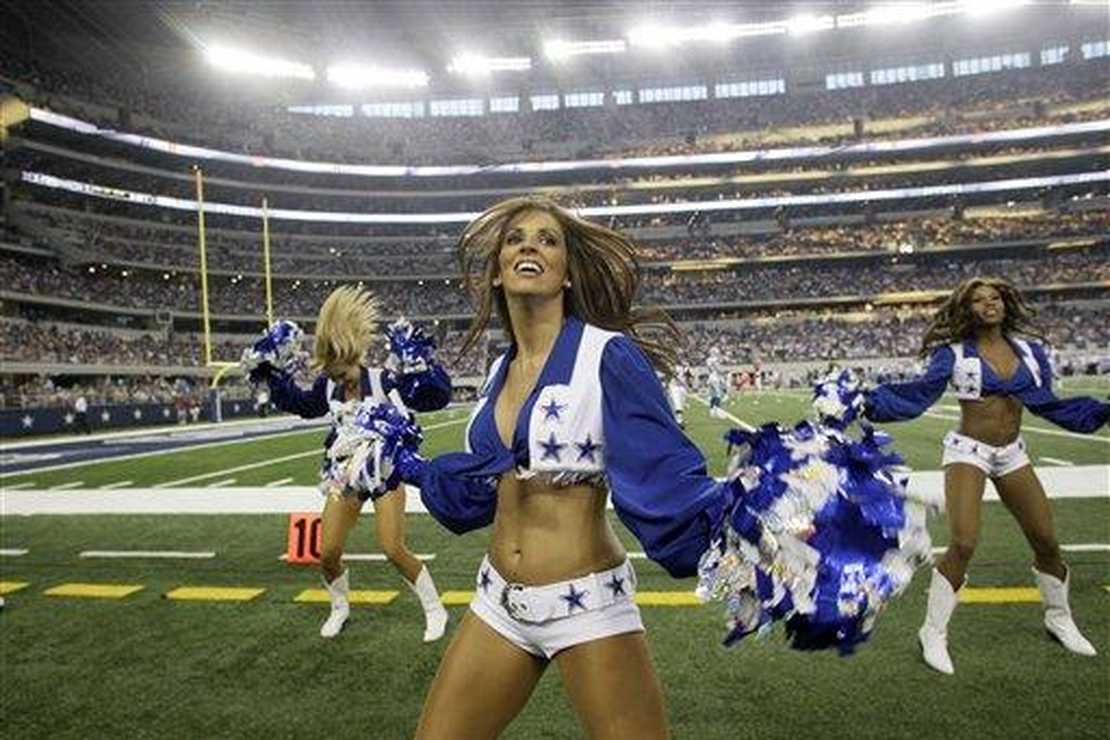 According to ’90s high school movies, cheerleading is a drama den. And at a recent cheer camp in Texas, things went cinematically south.

Ranger College’s squad was having its on-campus training when a scuffle commenced. Amid the ruckus, one cheerleader reportedly choked another.

Fingered for the crime: Averie Chanel Medlock. In the aftermath, the athlete was kicked out of camp.

Averie is a biological male, but the 25-year-old identifies as a girl. Per the New York Post, that particular played prominently:

[P]olice responded to a dispute between the members of the team, according to Facebook posts from team members. Medlock alleges that a teammate made transphobic and racist remarks before the altercation, with cell phone video showing other cheerleaders hiding in a room from an agitated Medlock.

As for the aforementioned phobia, Averie was accused of crotchety deeds.

On Facebook last week, the incriminated student chronicled the chaos:

“Well, guys, I’m officially retired as a cheerleader as of last night at 5:30 a.m. A girl on the team was being very disrespectful and told me I am a MAN with a PENIS and that [guys] should not be on the team.”

What followed was self-defense; parents were notified nonetheless:

“I stood up for myself, and she called her mom and dad because she was scared because I [stood] up for myself. Her father said, ‘She still has testosterone and a penis, and I will kill anyone who comes after my daughter.’”

That “[coming] after” part was purportedly perilous: Averie allegedly strangled the girl — identified as Karleigh — ’til she blacked out.

“I ask you what you would have done when receiving a phone call at 1 o’clock in the morning from your daughter stating they had locked themselves in the room with other girls. At no time did I ever say anything about your race or your gender.”

Averie insists it was all just a joke; evidently, officials found it unfunny. Hence, they issued a criminal assault citation.

Part of the clash was captured via cell phone (watch here). The Daily Mail offers a recap:

In the video of the altercation Medlock posted — which consists mostly of audio — the cheerleader can be heard telling off teammates behind a closed door for their transphobic comments.

She can also be heard telling the teammates that she “barely touched” Karleigh and insisting any contact was merely a joke.

“B***h, come outside then,” Medlock tells one of the women locked in the room.

“You’re a man,” the woman responds. When Medlock responds that she is a girl, the woman in the room says, “You have a penis.”

It’s been quite the era for Averie.

“Dmontrey Duval Satchell has been laid to rest today on June 16, 2022! Averie Chane Satchell has risen. SHE is a female, and she WILL be addressed as such!

“I am now a female in the state of Texas legally! Thank you, God, for letting my dreams come true. And thank you for all who helped this process [happen]. I am so blessed and honored to be living in my true self, and it feels like I’m on top of the world!”

Well, no one can be on top all the time.

Even so, observes the Mail, the joke may truly be on Karleigh and co.:

In a statement, Ranger College said the school was opening a Title IX investigation into the incident.

“Ranger College takes all allegations of this nature seriously and is committed to providing a learning environment free from discrimination. At this time, Ranger College is following all applicable Title IX regulations and Board Policies,” the school said.

‘Unashamed’: Christian Soccer Player Gets Benched for Refusing to Wear an LGBT Jersey

Thank you for reading! Please sound off in the Comments section below

On Monday evening, the FBI took the unprecedented step of raiding the home of former President Donald Trump. What were they looking for? … END_OF_DOCUMENT_TOKEN_TO_BE_REPLACED

Nebraska Gov. Pete Ricketts, a Republican, issued a statement on Monday announcing that due to a … END_OF_DOCUMENT_TOKEN_TO_BE_REPLACED