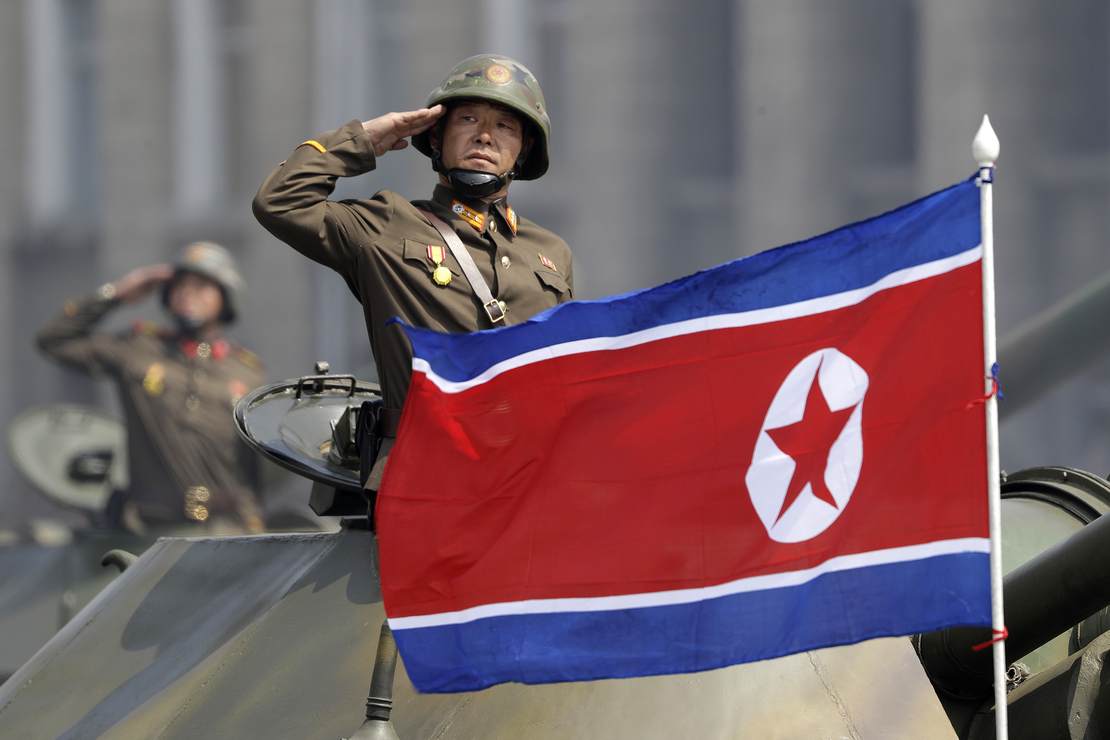 On Thursday, North Korea launched a ballistic missile hours after threatening a “fiercer” military response to the US and its increasing cooperation with South Korea and Japan.

As noted by the AP:

The missile fired from the North’s eastern coastal Wonsan area at 10:48 a.m. landed in the waters between the Korean Peninsula and Japan, according to its neighbors. After detecting the launch, South Korean, U.S. and Japanese militaries quickly condemned the launch that they say threatens stability in the region.

It was North Korea’s first ballistic missile firing in eight days and the latest in its barrage of tests in recent months. North Korea previously said some of the tests were simulations of nuclear attacks on South Korean and U.S. targets. Many experts say North Korea would eventually want to enhance its nuclear capability to wrest bigger concessions from its rivals.

It also came two days after President Biden met with Chinese leader Xi Jinping at the G20 in Bali, Indonesia, in a less-than-reassuring deferential display:

There’s little doubt the North Koreans were keeping a close watch on Biden’s trek abroad. As also noted by the AP:

Choe’s statement was North Korea’s first official response to U.S. President Joe Biden’s trilateral summit with his South Korean and Japanese counterparts on the sidelines of a regional gathering Sunday in Cambodia. In their joint statement, the three leaders strongly condemned North Korea’s recent missile tests and agreed to work together to strengthen deterrence. Biden reaffirmed the U.S. commitment to defend South Korea and Japan with a full range of capabilities, including its nuclear arms.

Japan and South Korea both asserted the launch undermined peace and security on the Korean peninsula, with South Korea’s Joint Chiefs of Staff calling it “a grave provocation.” U.S. Pacific Command stated the launch “highlights the destabilizing impact of (North Korea’s) unlawful weapons of mass destruction and ballistic missile programs.”

The question, of course, is what steps — if any — will be taken in response to rein in North Korea.

According to the authors of a new book, rooting for a sports team is good for your mental health - perhaps even for fans of the Cleveland Browns and … END_OF_DOCUMENT_TOKEN_TO_BE_REPLACED

Every parent with a child in school is likely aware of the scourge of strep throat, the highly … END_OF_DOCUMENT_TOKEN_TO_BE_REPLACED

The sight of grown men actively beclowning themselves is rarely a pleasant sight. However, there is … END_OF_DOCUMENT_TOKEN_TO_BE_REPLACED

Christopher Keeley, a man who stands accused of brutally murdering a 70-year-old couple from … END_OF_DOCUMENT_TOKEN_TO_BE_REPLACED

The state of Hawaii has a history of restricting guns. This is even worse in the city of Honolulu, … END_OF_DOCUMENT_TOKEN_TO_BE_REPLACED

In between being bogged down in a pointless war in Ukraine and presiding over domestic turmoil, … END_OF_DOCUMENT_TOKEN_TO_BE_REPLACED