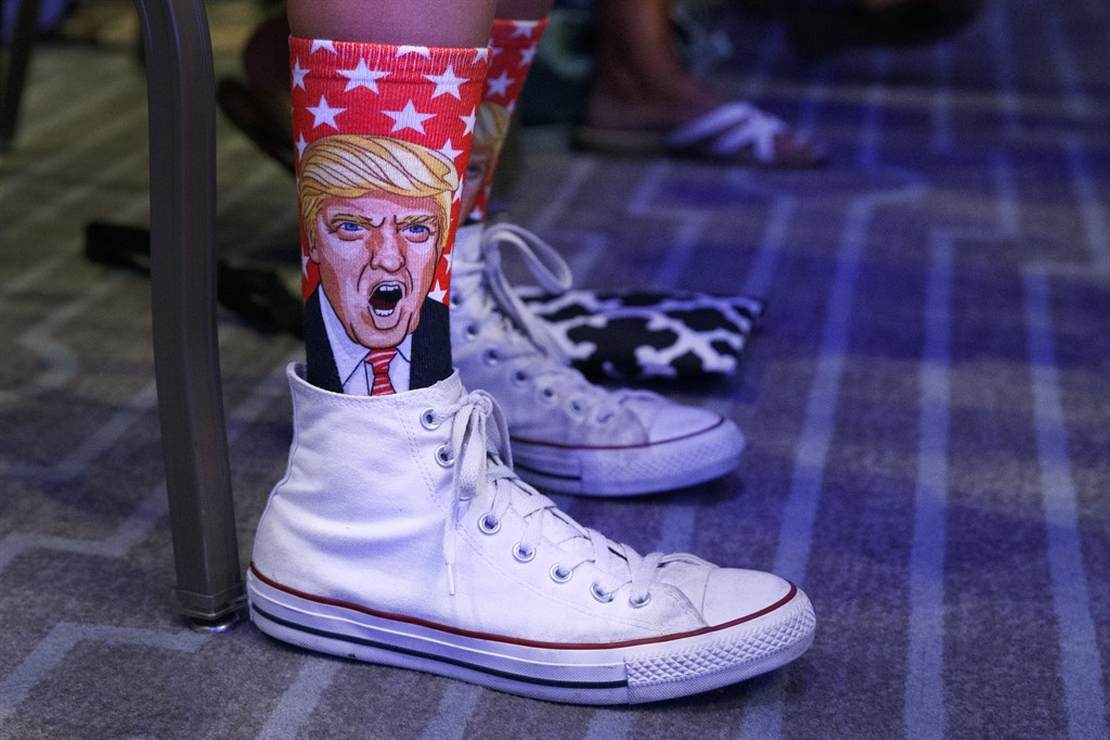 Some people take lifetime guarantees to heart — or to other body parts.

Kent was a believer — in not only the items’ quality but the promise footing them. The unlimited longevity of the socks was, as the name notes, overtly ensured.

And what RedHead touted, Kent repeatedly put to the test: Across the years, he swapped out his shabby socks.

But in 2021, there sprouted a weed in the garden of guarantee. Allegedly, Bass Pro’s Springfield location wouldn’t identically replace his lifetime leggings. Offered instead: a $12 pack with a warranty of only 60 days.

According to The Washington Post, now a lawsuit is afoot:

[S]laughter is suing Bass Pro Shops, claiming the…outdoor retail giant is duping customers with a “hollow promise” that no longer lasts a lifetime. Earlier this month, he filed a class-action lawsuit in the U.S. District Court for the Western District of Missouri. He’s asking for a jury trial and is seeking $5 million in damages for himself and anyone who joins his suit.

This lawsuit is about one simple principle: a corporation’s obligation to tell consumers the truth. Bass Pro Shop made a promise to its customers when it offered its RedHead socks with a lifetime guarantee. Those words should mean something.

Per the Post, some national vendors have revised their most magnanimous promotions:

Grappling with higher costs and abuse…retailers — including L.L. Bean, REI and Costco — have curtailed their lifetime guarantees and generous return policies in recent years, USA Today reported in 2018. In a world where people often buy a replacement after trashing what they’ve broken or worn out, lifetime guarantees “are a dying breed,” Edgar Dworsky, founder and editor of Consumer World, told the [publication] at the time.

Regardless, RedHeads were sold as “the last socks you’ll ever need to buy.”

Kent’s filing cites a 2018 YouTube video posted by The Tennessean. “[I]t truly is a lifetime sock,” a manager of Nashville’s Bass Pro Shops says in the clip. “[W]hat makes it really unique is…if anything ever happens…we give you a brand new pair of socks…”

The following January, he was met with replacement refusal. Next came a referral to customer service.

Employees there allegedly told Slaughter they would no longer trade his wool RedHead socks for fresh ones. Instead, they offered socks…that had been “distinctively-marked” with a stripe pattern, “presumably so that its store employees know that no warranty will be honored for those 60-Day Socks beyond the limited warranty period,” the suit alleges.

To worsen matters, Kent claims he web-ordered his usual socks last month. On Bass Pro’s site, the product still purportedly pitched a lifetime guarantee. But when the articles arrived in the mail, their packaging was absent any such pledge.

And now, on behalf of Kent and others similarly slighted, Singleton Schreiber is ready to sue the socks off Bass Pro Shops.

The plaintiff’s point of view, if I adequately understand: Kent Slaughter purchased woven items to wear under his shoes. A replacement was promised for once he’d sweated in them so much that the footwear was foul. And if you can’t trust the merchants with which you do business…that stinks.

A Puppet’s Rebuff Is Appraised: Sesame Place May Soon Owe $25 Million for Racism

The Asian Murder Hornet Gets Robbed of Its Racist Identity

On Monday evening, the FBI took the unprecedented step of raiding the home of former President Donald Trump. What were they looking for? … END_OF_DOCUMENT_TOKEN_TO_BE_REPLACED

Nebraska Gov. Pete Ricketts, a Republican, issued a statement on Monday announcing that due to a … END_OF_DOCUMENT_TOKEN_TO_BE_REPLACED