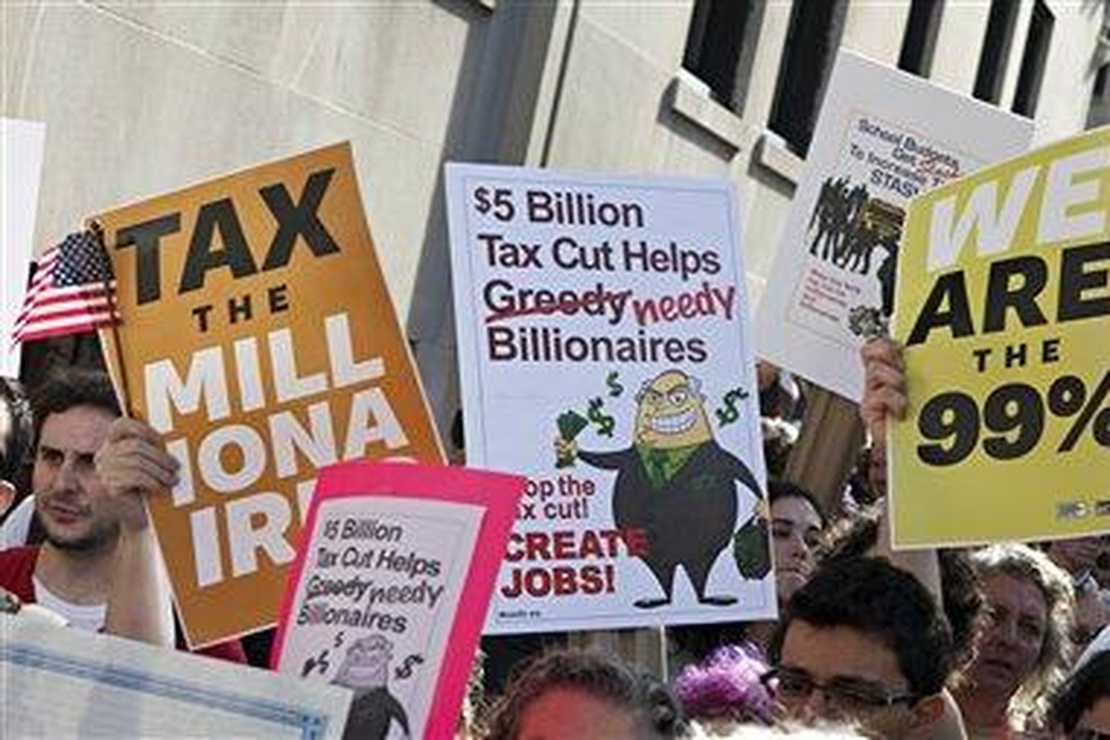 Nothing to see, here, folks — just another left-winger railing against the very existence of billionaires.

As is the case with Senators Elizabeth Warren (D-Mass.), Bernie Sanders (I-Ver.), and their ilk, an MSNBC “analyst” believes that the very existence of billionaires is inconsistent with democracy — and they should be outlawed outright.

As Fox News reported,  Anand Giridharadas — the same genius who recently called Elon Musk a “sociopath” who wants to “shut down positive freedom of speech” —  waxed absurd about billionaires during a segment on Monday’s “Morning Joe.”

While whining about Musk’s Twitter policy changes at Twitter, Giridharadas argued that billionaires like Musk make a strong case for abolishing themselves. Even more Looney Tunes, the MSNBC “analyst” ridiculously insisted that billionaires only exist in the U.S. “at our collective pleasure,” suggesting it’s a “policy choice” to “allow” the accumulation of such wealth. Tinfoil hat, anyone?

I think something we often forget as Americans is that billionaires exist as a class of people who have that much money at our collective pleasure, right? It is a policy choice to allow some people to accumulate that much money, hundreds of billions of dollars, in the case of people in the United States before everybody has the chance to live with dignity, right?

Other countries make that choice very differently. We have chosen historically to heavily prioritize having billionaires over having dignity for all people. And that’s a choice, I would just start by saying that we could make differently in the future.

And so I wrote the piece to try to remind people of that choice we have. And last week was remarkable. I mean, I’ve written about billionaires for years and talked about these issues on this show. But it was hard to imagine a week when there was so many spectacular reminders of the way in which this kind of billionaire classes is inconsistent with democracy as we live it.”

Giridharadas reiterated, “Their existence as billionaires is sort of antithetical to our flourishing as a democracy.” And MSNBC, like CNN, wonders why Fox News easily beats them like a drum, year in and year out.

The “piece” he referred to in the above quote was an op-ed for The New York Times titled: “This Week, Billionaires Made a Strong Case for Abolishing Themselves.”

One after another, four of our best-known billionaires laid waste to the image of benevolent saviors carefully cultivated by their class. It is a commendable sacrifice on their part, because billionaires, remember, exist at our collective pleasure.

If enough of us decided to, we could enact labor, tax, antitrust and regulatory policies to make it hard for anyone to amass that much wealth while so many beg for scraps.

It is not only the vast political power of billionaires that keeps us keeping them around, it’s also the popular embrace of certain myths — about the generosity, the genius, the renegade spirit, the above-it-ness of billionaires, to name a few.

Incidentally, you’d have a better chance of teaching a pigeon to speak French than convincing hard-wired leftists like Giridharadas of anything about wealth and wealth accumulation beyond what they steadfastly believe, even if you showed them example after example, facts and date included, of billionaires whose entrepreneurial expertise, determination, and desire to succeed has led to the creation of countless numbers jobs and wealth for American employees for generations. Why so?

Here’s the deal in a nutshell:

The left is incapable of understanding (or at least pretending they don’t agree with) the abundance mentality, and stubbornly clings to a scarcity mindset that embraces the false “zero-sum game” notion, or “100 pennies in the dollar” belief that the more “that guy,” or “those people” get (or take), the less left for the rest of us.

Conversely, an abundance mentality embraces the idea that there is plenty of everything in the world, from resources to wealth, and opportunities for everyone — the belief that a rising tide lifts all ships.

The Democrat Party has worked for six decades or longer to convince half of America that the scarcity mindset is a reality. Why? Because they can then pit the “have-nots” against the “haves,” and set about working for the have-nots to take away as much money from the greedy haves as they can. Hence, wealth redistribution.

Famed Austrian economist F. A. Hayek observed: “There is all the difference in the world between treating people equally and attempting to make them equal.” When attempting to make the have-nots and haves “equal” didn’t work, how did the Democrats’ message change? One word: “equity” rather than equality. Translation: even more wealth redistribution.

As was the case with George Orwell’s Animal Farm pigs declaring “All animals are equal, but some animals are more equal than others,” Democrats now hawk the notion that some people should be more equitable than others, and where do they suggest “equitable” should come from? Evil billionaires and equally evil large corporations.

None of the above should be difficult to counter; it’s the Republican Party itself that allows it to happen. The GOP for decades has done a terrible job of messaging, unlike the Democrats who’ve been masterful at it.

It’s past time for the Republicans to improve their messaging and learn to beat Democrats at their own game.

If Kroger and Albertsons thought Republicans would rescue their plan to merge, Sen. Tom Cotton (R-Ark.) made it clear last Tuesday that support for … END_OF_DOCUMENT_TOKEN_TO_BE_REPLACED

The mother of a 10-year-old boy was arrested in Highland, New York, for allowing her son to get a permanent tattoo on his forearm.Crystal Thomas was … END_OF_DOCUMENT_TOKEN_TO_BE_REPLACED

There are a lot of reasons to go over why the GOP underperformed in 2022, and after last night’s loss in Georgia and the election cycle being over, we … END_OF_DOCUMENT_TOKEN_TO_BE_REPLACED

There are a lot of reasons to go over why the GOP underperformed in 2022, and after last night’s loss in Georgia and the election cycle being over, we … END_OF_DOCUMENT_TOKEN_TO_BE_REPLACED

While it is well understood that the vast majority of gun owners never commit a crime, let a lone … END_OF_DOCUMENT_TOKEN_TO_BE_REPLACED