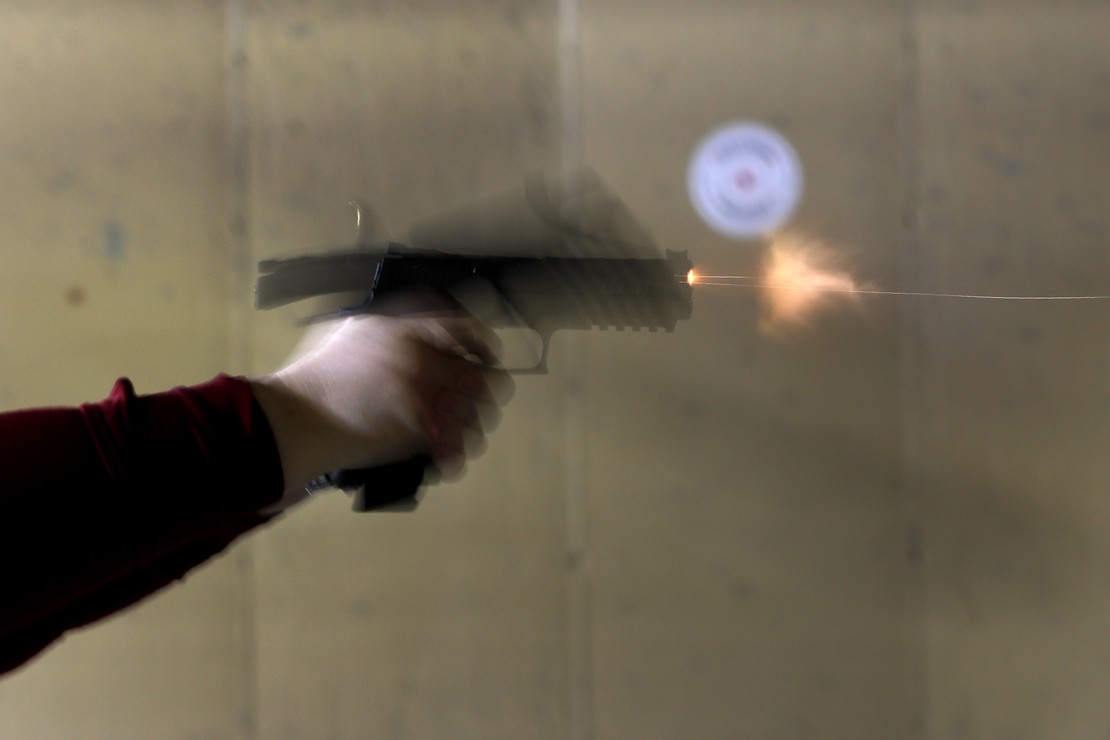 The more the Left foments over gun control, the more stories of a good guy with a gun come to the fore. It’s almost as if Americans are sick of the hackneyed narrative that gets hammered after every school shooting, but are hungry for not only people who exhibit bravery, but do what is necessary to save lives—whether it is theirs, or someone else’s.

My colleague Jim Thompson wrote on Tuesday that if we had 50 states with “castle laws” and citizens trained in armed self-defense, we would see a drop in crime. However, while we have a form of the “Castle Doctrine” in California, our restrictive gun laws create difficulties for citizens who want to own guns for self-defense.

Thankfully, that did not deter this liquor store owner in Norco, a small ex-urban enclave in Riverside County. Maybe it was the 7­-Eleven Spree robber/killers that prompted him to be prepared, maybe he just understood his rights.

California is not a stand your ground state, but does recognize the “castle doctrine,” which applies to one’s home, place of business, or other real property. Similarly, an individual using deadly force to protect his or her property has no duty to retreat. But castle doctrine rights end when an individual is no longer on his or her real property. As a general rule of thumb, any force used against an intruder must be proportionate to the harm reasonably feared.

Whatever the reason, when a foolish armed robber came for him, he was ready to defend himself.

The owner of a store that was targeted by would-be robbers turned the tables on one of the suspects by opening fire on him in Norco.

Authorities said that at 2:45 a.m. on Sunday, four male suspects in a black BMW SUV attempted to rob Norco Market & Liquor, located in the 2800 block of Clark Avenue.

As the suspect ran out of the store, surveillance video from outside the establishment showed a second suspect inside the black SUV exiting the vehicle, also armed. On their way back to the getaway car, the suspect is heard shouting, “He shot my arm off.”

After noticing the first suspect running from the scene, both suspects got back into the vehicle and drove away.

This idiot robber busted into the liquor store trying to play gangster. He probably expected the store owner would be so frightened by his rifle that he’d just give up the register. The store owner instead opened fire, as was his right according to the California Penal Code  § 198.5 – 199.

“In this case, a lawfully armed member of our community prevented a violent crime and ensured their own safety, while being confronted with multiple armed suspects,” deputies wrote in a press release.

What most cracks me up: The idiot ran back to the getaway car with the rest of his criminal buddies who were also armed. He tried to get in the car as he screamed, “He shot my arm off!” as if he was the one who had been wronged. No, you idiot, you just effed around and found out what armed self-defense means.

Whether it was the threat of further harm or the fact that they were not really interested in a gunfight, the other armed individual jumped back into the car and they all drove off.

According to Fox 11, the store owner, who is 80 years old, suffered a heart attack after the incident. Thankfully, he survived it and is hospitalized and said to be in stable condition.

The community has nothing but praise for the store owner and his actions. This is Riverside County after all. Conservative, 2A honoring people who don’t truck with nonsense—especially of the criminal variety.

If Governor Gavin Newsom and Attorney General Rob Bonta had their way, you would have fewer of these “good guy with a gun” stories and more 7-Eleven spree killers. They don’t care about you having the ability to defend yourself, all they care about is keeping guns out of your law-abiding hands so that they can be funneled to the criminal element they so love.

Proving that criminals do not follow any laws, the three suspects were arrested at a local hospital with one presenting a gunshot wound that was consistent with the store owner’s shotgun discharge. To reflect what a brain trust these guys are, they were waiting around for their cohort parked in the same stolen BMW SUV that they used to perform the robbery and they had a stash of stolen firearms in the stolen vehicle.

You cannot make this stuff up.

Justin Johnson, 22, of Inglewood, Jamar Williams, 27, of Los Angeles, and Davon Broadus, 24, of Las Vegas, were each taken into custody in the hospital parking lot and booked into the Robert Presley Detention Center for robbery and conspiracy. They are being held in lieu of $500,000 bail.

Had this happened in Los Angeles County instead of Riverside County, these not-so-smooth criminals would be roaming the streets looking for another liquor store to rob. Dollars to donuts they have priors, which means bupkis to a Soros-funded nightmare like George Gascón, but will assist a law-and-order district attorney like Riverside’s Michael A. Hestrin in throwing several books and more at these miscreants.

Is it my imagination, or have Californians finally had it up to here with rampant criminality? The positive responses toward this store owner’s act of self-defense indicate that this is indeed the case.

On Monday evening, the FBI took the unprecedented step of raiding the home of former President Donald Trump. What were they looking for? … END_OF_DOCUMENT_TOKEN_TO_BE_REPLACED

Nebraska Gov. Pete Ricketts, a Republican, issued a statement on Monday announcing that due to a … END_OF_DOCUMENT_TOKEN_TO_BE_REPLACED