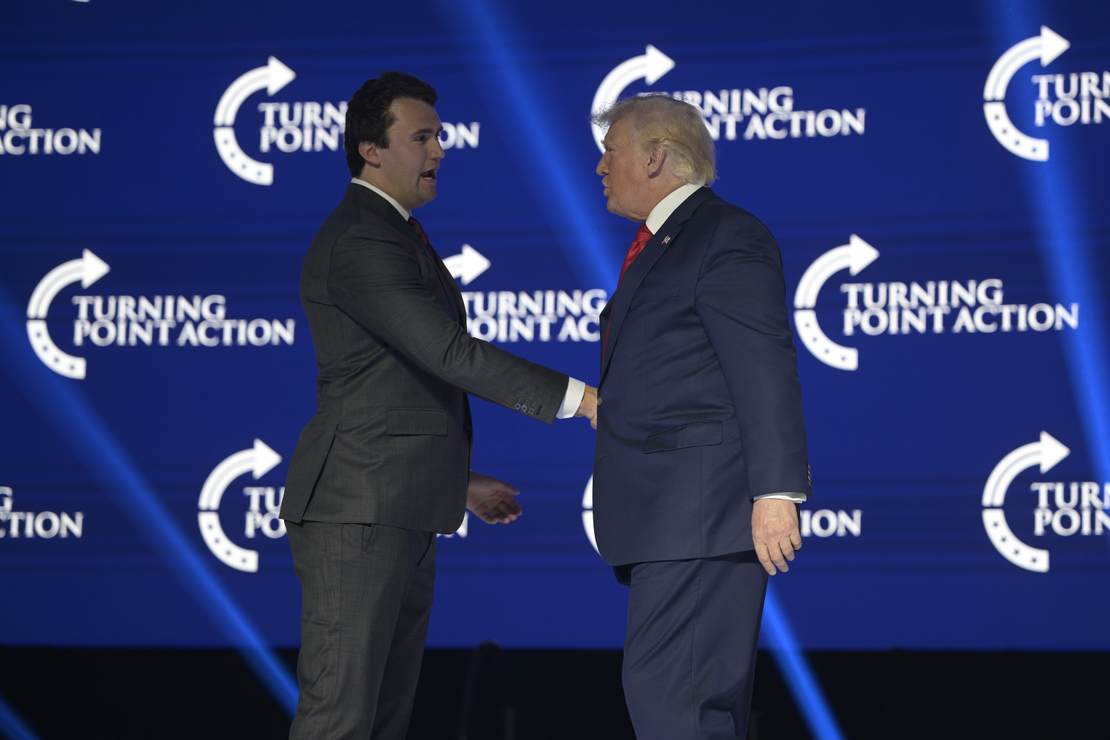 Dictators learned long ago that if you control the influences and education of children then you’ll have a loyal citizenry for generations. Textbooks and memoirs by some of the worst people in history almost all contain some reference to the importance of getting them early.

Likewise, the Democrat Party has a very long history of trying to bring the youth into its fold as early as pre-school. Attempts to make Democrat officials seem cool and fun is a tale as old as time. This has been counterbalanced with consistent attempts to make GOP leaders seem like ancient relics of a more racist time.

You can still see it today, only the more radical leftists have now begun attempting to push themselves on the youth both figuratively and very literally. Not long ago we had Hillary Clinton encouraging young voters to “Pokemon GO to the polls” while she was “Chillin’ in Cedar Rapids.” Now we have drag queens exposing themselves to children and schools introducing pedophilic literature in a national effort to groom them.

The mainstream media helps with this effort in a huge way. Leftist messaging, from the political to the cultural, is pumped into the minds of children relentlessly. For many of the youth, they know no other culture than the one the left has presented to them. Even the America of just 20 years ago is a complete mystery to them.

Meanwhile, the GOP has attempted to create youth groups in the past but largely failed due to its misunderstanding of the culture. Having seen many of them in the past, they all looked like little versions of the GOP. It was oftentimes young men in ill-fitting suits listening to uninteresting speakers drone on about policy and an America during the before-time in the long-long ago. Outside of these groups, not too much attention was paid to the youth at all.

“They’ll come around to our way of thinking once they go out into the real world,” was a phrase I heard ad nauseum from Republican elders.

Only many didn’t, and during this post-modern era, these students aren’t shifting their ideas with reality, they’re bending reality to suit their ideas. It’s not enough to bring up a Democrat voter anymore, now they must be wholly subsumed by it, even to the point of giving up their bodies to the whims of perverts.

Then in steps Turning Point USA.

Charlie Kirk’s youth-focused conservative group began doing things the Republicans weren’t before. They were being relatable, fun to listen to, fearless in their confrontations with the worst the left had to offer, and was doing it all with a flair that was hitherto alien to Republican organizations. It wasn’t long before TPUSA grew in influence, far beyond that of other youth-focused groups.

Naturally, the attacks began from the left and in a big way. Charlie Kirk became a massive target with talking heads consistently speaking out against him, entire subreddits dedicated to making fun of him and his organization, and as you’ve recently seen with “The View,” accusations of TPUSA being one and the same with Nazis.

But it hasn’t stopped TPUSA’s growth. In fact, like some kind of Saiyan, every punch and kick TPUSA endures only makes it stronger.

The reason for this is pretty simple. Turning Point USA is an organization that allows the youth to be themselves and be happy with who they are. It sounds so simple, but it’s that simplicity that makes it so attractive.

Yes, it’s an organization that encourages the youth to become politically involved and features primarily features speakers and events that pertain to right-leaning politics in America, but these are just focal points for the energy. The real draw is the comfort young people can find there.

As I wrote previously, my first TPUSA event was the Young Women’s Leadership Summit and the event shocked me. The “shock” wasn’t negative at all. I spoke with young women who weren’t ashamed at all to be feminine and didn’t feel the need to preface anything they said with feminist qualifiers. They embraced marriage and motherhood, they valued beauty both within and without. What’s more, they didn’t feel the need to denigrate men to make themselves feel more powerful. In fact, they spoke of holding men up and being supportive of them.

These were women who knew that womanhood’s erasure was the endgame for the left and they weren’t having it. Moreover, they were done with tepid responses from the former Republican party. I’m not even a woman, but I felt charged by it all. I can only imagine how they felt.

(READ: Turning Point USA’s Young Women’s Leadership Summit Was Not What I Expected and I Loved It)

Fast forward to the Student Action Summit that took place in Tampa, Florida, in mid-July, and the energy was only turned up higher as the number of attendees tripled. While more famous figures spoke on stage, including former President Donald Trump, the same attitude was there.

These students weren’t shy about being God-fearing American patriots that would not be reduced to the NPCs that were screaming hateful things just outside the convention center. They hated socialism, not just for the policies that go with it but for the culture it creates.

But more than that, they can be themselves. They don’t have to attach a victim status or identify as something else in order to be special. They can be feminine and be proud of it. They can be men and not worry about being labeled as inherently evil for it. They can be of different backgrounds and not have it be the single largest identifier about them. In this community, who they are in character is all they need to be.

Moreover, they’re not expected to obey some ridiculous set of ever-changing rules made arbitrarily by the permanently offended. There’s no “point of privilege” that needs to be called, and no need to recognize the grievances of one race against another. No one at these events will demand that others obey ridiculous rules about pronouns.

If you’re a leftist establishment group watching the young migrate away from you and toward this kind of community, you’d likely begin to panic. You’d be watching decades of indoctrination and influence begin unwinding before your eyes. As such, you’d be watching your power fade as the prospects of success in the future diminish.

The youth that you sought to influence in order to create more power for yourself, and establish a future where you are in control, begin to drift further and further away.

TPUSA is a direct threat to the future of a leftist agenda. It allows students and young adults to realize they don’t have to live by the rules set for them by people who hate them. It allows them to have a voice no matter who they are, and hear that they aren’t the crazy ones for believing in reality while the rest of the world goes nuts.

It’s the monkey wrench in the left’s many gears, and probably one of the more important organizations in America today.

GOP Rep. Liz Cheney of Wyoming has said that she could back a Republican for the White House in … END_OF_DOCUMENT_TOKEN_TO_BE_REPLACED