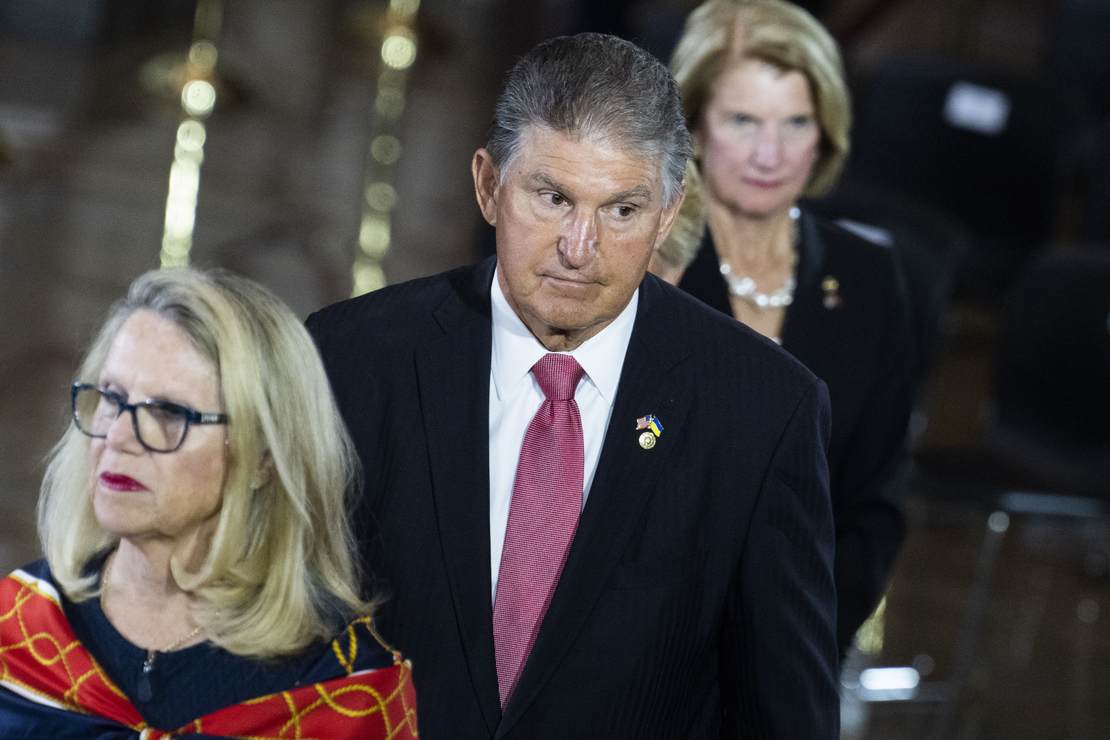 I have an embarrassing confession to make: I once, sort of, respected Sen. Joe Manchin of West Virginia.

Don’t get me wrong, I’ve always known he’s a flakey Democrat, and though it’s been fun to entertain him possibly switching parties and causing a meltdown on the left, those hopes were always far-fetched. Still, his stance over the last year against a boondoggle, green scam-filled reconciliation bill was laudable. Even in the face of intense pressure, including personal harassment and threats, Manchin stood firm – until he didn’t.

In a sudden reversal, Manchin stabbed Republicans in the back. Despite assurances that if the GOP voted for the CHIPS Act that the West Virginia senator wouldn’t support another gut-busting spending bill, Manchin came in off the top rope to announce he and Schumer had made a deal. What was in it? $400 billion in wasteful spending on “climate change” initiatives. It also includes tax hikes on corporations which will exacerbate inflation.

For days, those in the political sphere racked their brains trying to figure out what caused Manchin to change his mind. A new report from The Washington Post gives us the answer, and the short of it is that he’s a pathetic coward.

“There are folks in our party who are saying all sorts of terrible things about you, who believe you were stringing us along for a year and that you were never going to come to a deal because of your state or because of your conflicts of interest,” a source recalled Coons saying. The comment appeared to reference long-standing concerns about Manchin’s ties to the coal industry.

Coons then told Manchin: “I can’t think of a better way for you to prove them all wrong than to sign off on a bold climate deal. Prove every critic wrong.”

Manchin thought for a second, the source said, then responded, “It would be like hitting a homer in the bottom of the ninth, wouldn’t it?”

You can’t do anything but shake your head at that excerpt. Sen. Chris Coons actually went to Manchin citing his “conflicts of interest” with the coal industry, something you’d think would be insulting. Coons then basically told him that if he changes his mind on reconciliation, the very people who have treated him like absolute garbage for the last year will love him. And Manchin, instead of preserving some shred of his own dignity, decided to just go along with that. All it took to change his mind was to play to his ego for a few hours on a plane ride to Europe.

I wonder what Manchin thinks of having his beta-esque reasoning for reversing himself out in the open now? Honestly, I don’t really care. He deserves the scorn he’s been getting and will continue to get. Further, I sincerely hope that the far-left keeps gunning for him. Unlike in the past, he won’t have Republicans on his side to defend him. It’s time to let Manchin suffer the consequences of his actions by enjoying his new friends.

Back to my initial confession. I want to apologize for ever believing Manchin could be trusted to be anything more than the weasel that he’s always been. I should have known better. I thought it was safe to take him at his word after he nuked “Build Back Better,” but it obviously wasn’t. Now, it’s up to West Virginians to end this guy’s career. Enough is enough. He’s not moderate and he’s not your friend. He’s just another Washington apparatchik operating as a pawn for the Democrat Party.

On Monday, the Michigan Association of Public School Academies and the Thomas B. Fordham Institute of Ohio filed a complaint against the Biden … END_OF_DOCUMENT_TOKEN_TO_BE_REPLACED

Apple has reportedly told suppliers based in the Republic of Taiwan to comply with Chinese customs regulations, citing fears of trade barriers … END_OF_DOCUMENT_TOKEN_TO_BE_REPLACED

While most of the allegations of corruption surrounding the FBI’s raid of Donald Trump’s estate in Florida have been pointed at the bureau itself, … END_OF_DOCUMENT_TOKEN_TO_BE_REPLACED

I’ve often talked about the animosity many in the gun community feel toward the ATF. It’s a real … END_OF_DOCUMENT_TOKEN_TO_BE_REPLACED