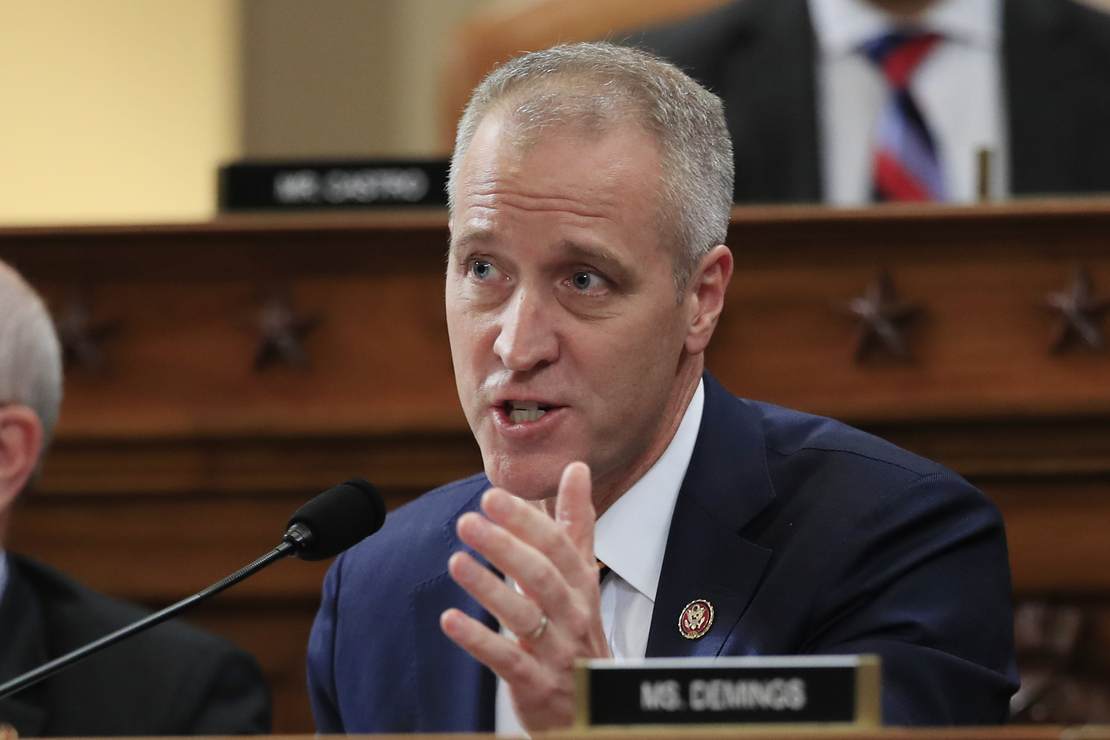 Democratic Congressman Sean Patrick Maloney (D-NY) says that his party has a “likability problem,” and the elected officials need to stop sounding like MSNBC hosts and sound like normal people.

Maloney is the chairman of the Democratic Congressional Campaign Committee, and he warned Democrats ahead of the midterm elections as he was interviewed by the New York Times editorial board

Healy asked: “I’m wondering about immigration, or L.G.B.T.Q. rights, or another issue,” Healy specified. “What do you see? Where do you see them out of sync, out of step?”

Maloney responded: “Well, the way I’ve often put this to my colleagues is to say, if our positions and our policies are so popular, why don’t they like us more? That is a good question.”

Healy asked Maloney what his answer would be. Maloney responded:

“And you’ll find broad agreement in our caucus, from the conservative Democrats to the most progressive, that we have a likability problem … My answer to that is that we move really fast, and we are really passionate about the solutions we want to bring. And we sometimes don’t give people enough time to understand what we’re doing and to bring them along.”

“If I’ve had any success in the Trump district, it’s because I try to take seriously the priorities of the people I represent, not just tell them about my own … So for example, Democrats could be much more intentional about our work in rural areas, with veterans, with farmers, with people in communities that have not benefited from the global economy. We could talk like human beings, we could build a relationship with voters.”

Maloney admitted that he believes voters think Democrats are elitist and out of touch.

“I think that most of the voters that we ask about this think that we’re out of touch, they think we’re elitist, we think we are better than they are. And they don’t like it … And we have a likability problem.”

“I mean, listen, I don’t know — anything that comes out of Chris Hayes’s mouth. I mean, the fact is, is that if you listen to the way people speak on our cable news channels — I love Chris Hayes — but the point is, if you listen to the way we talk and communicate, it is not the way my voters talk. It’s not the way my neighbors talk, it’s not the way my family talks … If I’m talking to a sheet metal worker in Pine Bush, he doesn’t talk about communities of color, he doesn’t use the word ‘rubric.’ He doesn’t talk about — the first-generation folks working in Newburgh don’t use the word ‘Latinx.’ Most people don’t understand who are cisgender, why they need to put pronouns on their email signature.”

Someone from the Democratic party had to say it. He might get canceled for it, but it needed to be stated publicly. Democrats are out of touch, a lot of the elected officials are elitists, and they have all the exact talking points we hear from MSNBC.

Not surprisingly, it appears that Democrats have learned absolutely nothing from their nasty attacks on concerned parents, as evidenced by a new ad … END_OF_DOCUMENT_TOKEN_TO_BE_REPLACED

My hunger for the sternest forms of justice is nearly insatiable these days. Even to the point of co-authoring a book calling for a new Nuremberg … END_OF_DOCUMENT_TOKEN_TO_BE_REPLACED

Ahead of the passage of the $700 billion Inflation Reduction Act, Ford Motor Company and General … END_OF_DOCUMENT_TOKEN_TO_BE_REPLACED

A marketing ploy for the new "She-Hulk: Attorney at Law" Marvel superhero series on Disney+ is … END_OF_DOCUMENT_TOKEN_TO_BE_REPLACED