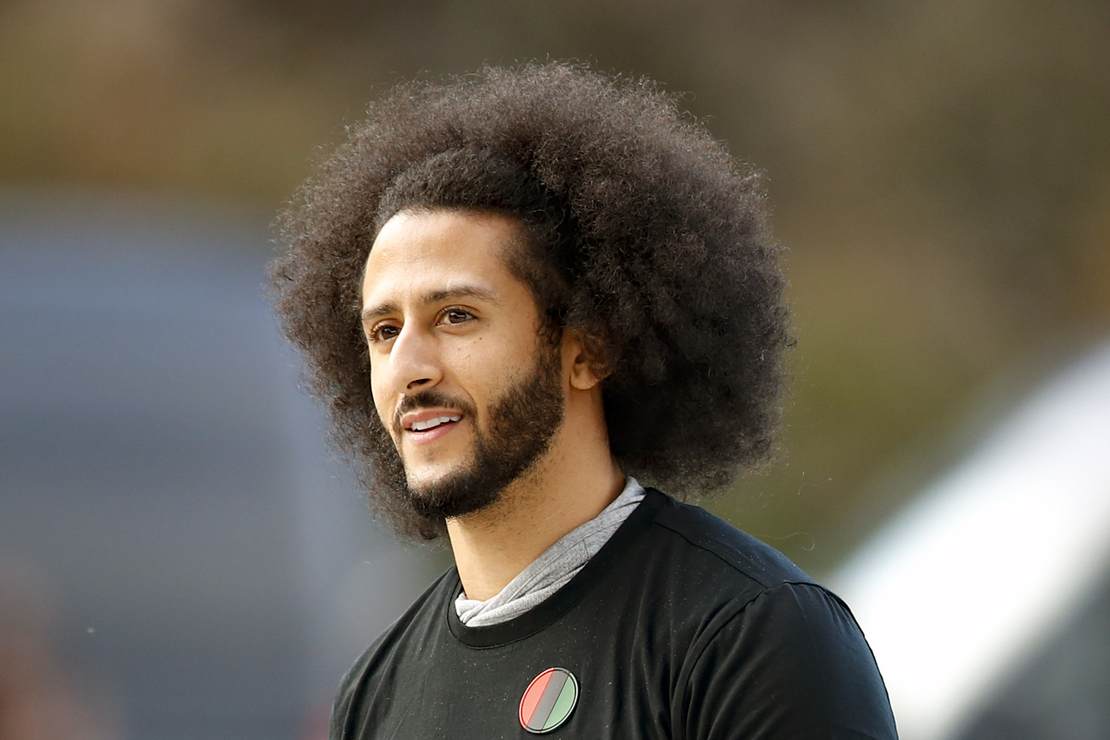 As I previously reported, Dallas Cowboys quarterback Dak Prescott fractured his right thumb against the Tampa Bay Buccaneers. Prescott will have surgery, and he is expected to miss 6-8 weeks.

Any time a starting quarterback suffers an injury, it seems like some people quickly suggest that the team sign Colin Kaepernick. For those who might not know, Kaepernick claimed to kneel during the national anthem to protest police brutality. He has not played in the NFL since 2016, he is 34 years old, and he is not as good as some portray him to be. Did kneeling during the anthem have something to do with the team’s not wanting to sign him? Most probably. But it was also because, outside of the 2013 and 2014 seasons, he did not perform at a high level.

ESPN “First Take” commentator, and arguably the face of the network, Stephen A. Smith, said he wants to bring up the Kaepernick topic because “five different people” put it into his ear. Smith said he didn’t think the Cowboys would sign Kaepernick.

“You know what, this is a different subject for another day maybe. It will never happen, in my opinion … might want to make that call to Colin Kaepernick. Might want to find out. He ain’t been around but he’s a playmaker with his legs who’s available, you gotta take that into consideration.”

“But I would think about it, I would say that. But getting back to reality, because I don’t think that’s reality,”

Kaepernick is an opportunist. He also had a workout with the Las Vegas Raiders in June.

“I heard it was a disaster. I heard one of the worst workouts ever.”

Colin Kapernick’s workout with the #Raiders “one of the worst workouts ever.” according to former NFL Network analyst and Hall of Famer Warren Sapp.

Cowboys owner Jerry Jones will not sign Kaepernick. The majority of owners wouldn’t, for various reasons. Again, kneeling is part of it, and for some, a big part of it; however, they also don’t want the headache of him on the roster and in the locker room. He had his shot with the Raiders, and he blew it.

If the team does not stick with Cooper Rush, there are a couple of options for the Cowboys. They could sign Cam Newton or Ryan Fitzpatrick. They could also trade for Teddy Bridgewater, Gardner Minshew, Case Keenum, or Jimmy Garoppolo, although the Garoppolo trade seems unlikely to happen.

A libertarian group filed a lawsuit on Tuesday challenging the legality of the Biden administration’s federal student loan forgiveness plan. The group … END_OF_DOCUMENT_TOKEN_TO_BE_REPLACED

When we last left Congressional representative Katie Porter (D-CA), RedState revealed that she benefited from lower-cost housing in the high-rent … END_OF_DOCUMENT_TOKEN_TO_BE_REPLACED

With a tempest bearing down on Florida Politico tries a pre-emptive hit on Governor DeSantis and drowns in failure. The press sometimes just cannot … END_OF_DOCUMENT_TOKEN_TO_BE_REPLACED

While normal people are watching the approach of Hurricane Ian towards Florida with dread, the national press seems downright excited that they might … END_OF_DOCUMENT_TOKEN_TO_BE_REPLACED

New York City has historically been the American city with the most gun control. Not only does state law hold there, but the city has its own brand of … END_OF_DOCUMENT_TOKEN_TO_BE_REPLACED

NASA successfully crashed a spacecraft into an asteroid Monday, in a demonstration of “the world’s … END_OF_DOCUMENT_TOKEN_TO_BE_REPLACED

Among the many anti-gun bills recently signed by California Gov. Gavin Newsom was a measure aimed at … END_OF_DOCUMENT_TOKEN_TO_BE_REPLACED

President Biden continues to look weak in front of world leaders. This is not only a bad look for … END_OF_DOCUMENT_TOKEN_TO_BE_REPLACED

In a court filing on Tuesday morning, the Pacific Legal Group filed the first lawsuit against the … END_OF_DOCUMENT_TOKEN_TO_BE_REPLACED