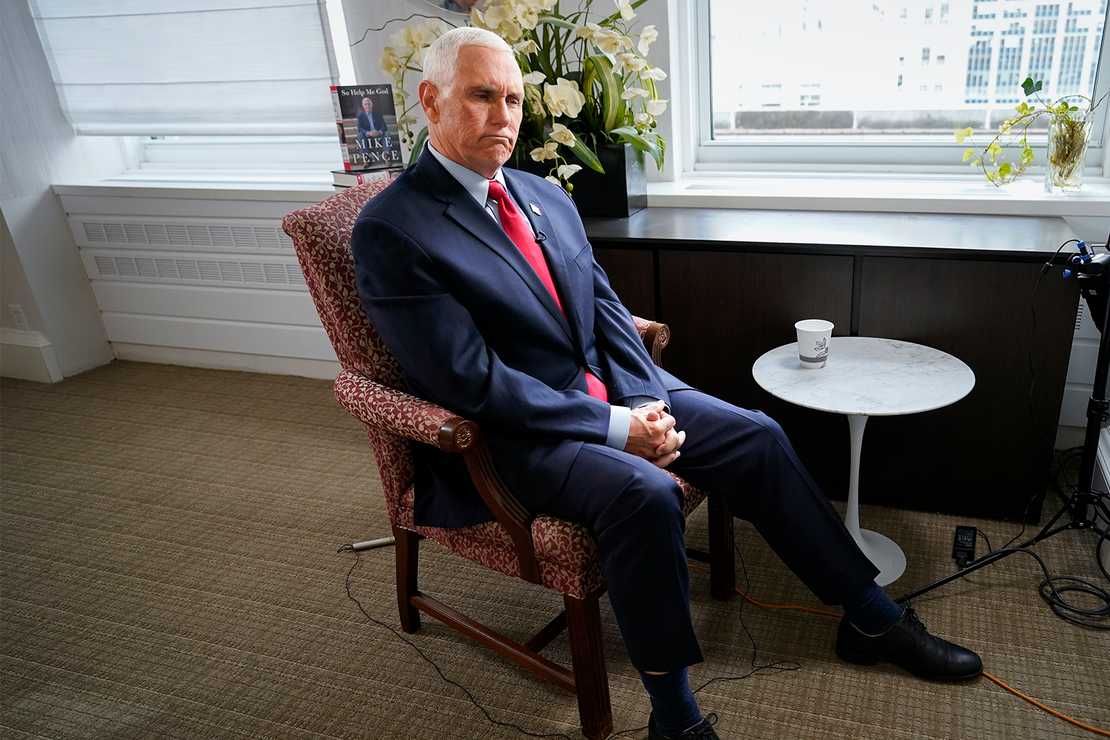 It’s always incredible to see who the mainstream media is willing to rehabilitate if they feel like that person can be a foil to someone they hate more. Liz Cheney spent years being derided as a warmongering liar whose father was the political equivalent of Darth Vader. The moment she became anti-Trump, though, she became a principled, laudable public servant.

Mike Pence hasn’t gotten quite that same treatment, but for the most part, the press called off the dogs following January 6th because the former vice president has spoken against Trump.

What’s always been true, though, is that the moment any Republican with “newfound respect” steps out of line, the honeymoon ends. Pence’s honeymoon is now over.

Mike Pence is refusing to speak to the Jan. 6 committee — and his explanation to justify such cowardice simply doesn’t make any sense. https://t.co/PvKQcfjM8E

This need not be complicated. The former vice president has a critically important perspective about one of the most important events in American history. He’s been willing to share his thoughts on the matter in public appearances, in media interviews, in published op-eds, and even in his book.

But Pence is nevertheless refusing to speak to a bipartisan House panel that would benefit from his answers — and his explanation to justify such cowardice simply doesn’t make any sense.

There’s a lesson here that Republicans never seem to learn. Namely, that the left will always hate them no matter how much they try to ingratiate themselves. For the last nearly two years, Pence has operated as a man with the assumption that the press would just leave him alone. But they aren’t going to leave him alone, and now that he’s not willing to speak to the January 6th committee, he’ll likely become the star of fresh conspiracy theories that he tried to overturn the election.

Pence’s naivete aside, though, what makes MSNBC’s handwringing especially dumb is that the January 6th committee is no longer going to exist. Republicans have retaken the House and in a matter of weeks, the Democrats’ partisan project will be scuttled. Pence has no incentive to cooperate, knowing that its members would simply cut up his testimony to embarrass him anyway.

Regardless, Republicans who take media backslaps are setting themselves up for disappointment. It happens every time, and it was just a matter of time before it happened for Pence.

We reported in October that musician and entrepreneur Kanye West (who now answers to “Ye”) was set to buy social media platform Parler. In the mix, as … END_OF_DOCUMENT_TOKEN_TO_BE_REPLACED

As the American people struggle through the ongoing economic scourge of roaring inflation, the White House is hosting a decadent state dinner on … END_OF_DOCUMENT_TOKEN_TO_BE_REPLACED

(As always, the opinions expressed in my posts are my own and do not necessarily represent the views … END_OF_DOCUMENT_TOKEN_TO_BE_REPLACED

Joe Biden is clueless and a hypocrite on so many different levels. He demonstrated that big time … END_OF_DOCUMENT_TOKEN_TO_BE_REPLACED