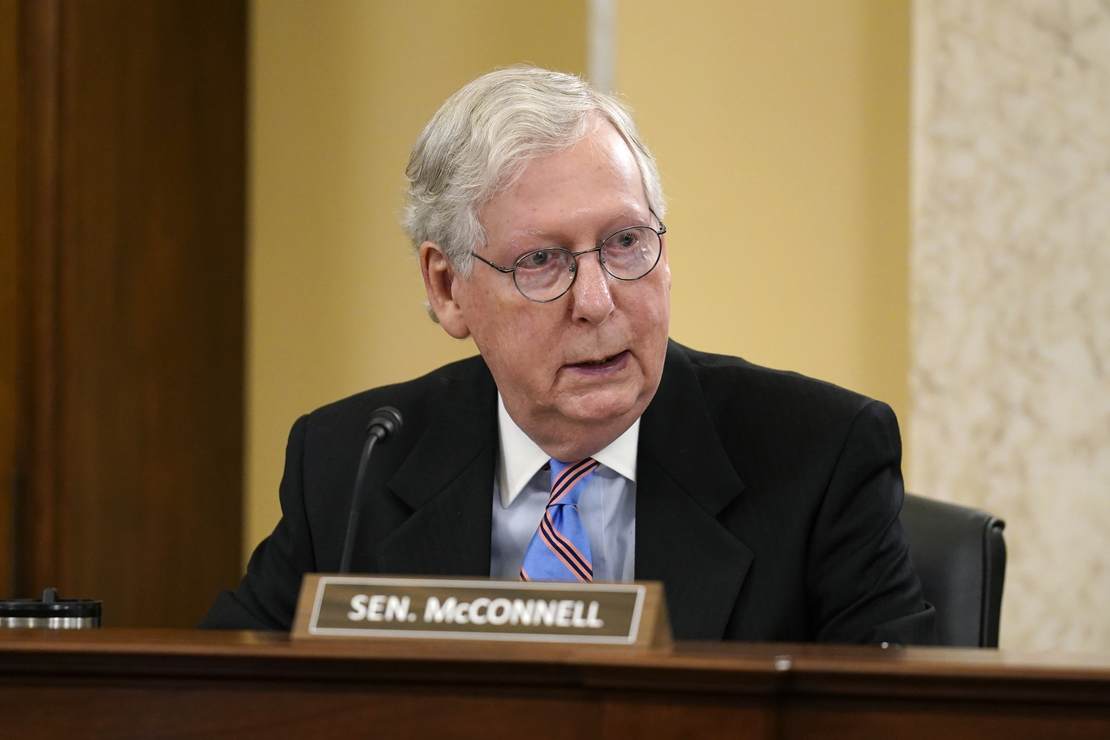 Politics is a delicate dance when dealing with an institution as intricate as the Senate, and that’s especially true when one doesn’t hold a majority. Every move affects the next, and sometimes, moves meant to paint the other side into a procedural corner are misinterpreted as something they aren’t.

Perhaps that’s why some on the right are claiming that Mitch McConnell “bailed out” Chuck Schumer this afternoon when he offered the Democrat majority leader a short-term debt limit increase.

Here was one response to illustrate what I’m talking about with people misunderstanding what McConnell is doing.

If we had a real America First leader like @HawleyMO in charge of our party this would’ve never happened. https://t.co/NePCqO7Cbf

McConnell is not bailing out Joe Biden. Quite the opposite, in fact, and it doesn’t really take much effort to see what’s going on here. If anything, McConnell is backing Schumer into a corner. Stick with me here.

Sometimes, the best thing you can do when you don’t otherwise have much leverage (because you are in the minority) is to give your opponents options they do not want. Democrats want you to believe that the only way to raise the debt ceiling without Republicans playing along is to blow up the filibuster. That’s why they and their media allies keep spinning that narrative. That’s never been true, though, and the point of McConnell’s maneuver is to force Schumer to admit that.

In reality, Democrats can raise the debt limit via reconciliation without a single Republican vote, but they don’t want to go that route because they would be using the last bullet in the chamber on that instead of Biden’s “build back better” boondoggle. By offering Schumer a short-term extension, McConnell is forcing the Democrats to make a choice, and none of those choices includes blowing up the filibuster. The move also relieves pressure on Joe Manchin, who will be under immense assault if a shutdown happens, while at the same time highlighting that the Democrats could fix this themselves in short order if they wanted.

When analyzing these machinations, you have to accept that a long-term default is not going to happen. The debt ceiling will be raised eventually. The question is how it’s done and who pays the political price. But if you still aren’t convinced by what I’m saying, just listen to Mazie Hirono.

Some initial reactions to McConnell offer from Democrats:
Durbin: “I don’t like using reconciliation for the debt ceiling.”
Murphy: “My God, that sounds like a terrible idea…Just pushing this crisis off for a couple months sounds like a disaster.”
Hirono: “It’s bullshit.”

Does that sound like McConnell just caved? Or does it sound like he went full Cocaine Mitch and put Democrats into a position they don’t want to be in? I think the answer is clear. 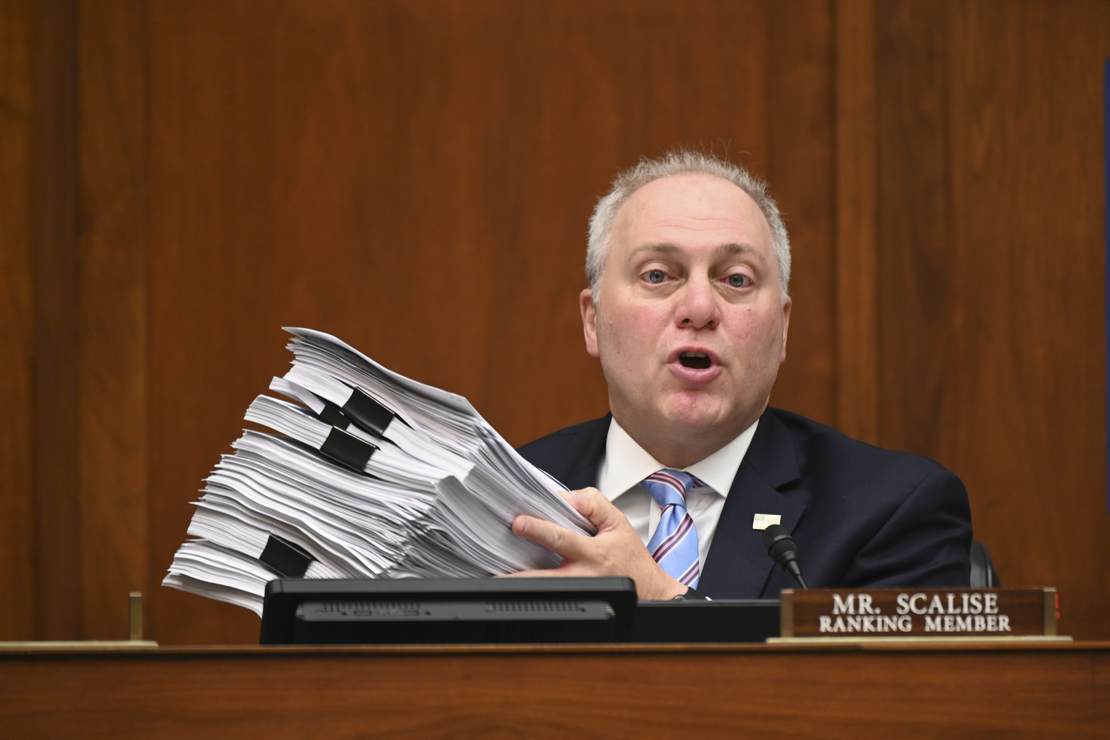 Stephanie Grisham is out with a new book today where she detailed what she says were her experiences while serving as then-President Trump’s White House press secretary, where she never gave a single press conference, and as former First Lady Melania Trump’s chief of staff.

Because the book is considered a “tell-all” and with Grisham teasing its contents in advance of the book’s release, predictably she’s been a sought-after guest and interview subject at many so-called “news” outlets including the Trump-obsessed CNN, where she appeared just this morning.

One claim Grisham made in the book was written about at Business Insider, which detailed an alleged exchange between “Trump’s staff” and Melania Trump where she supposedly told staffers that she didn’t need to meet with then-House Majority Whip Steve Scalise (R-La.) and his family at the White House during a visit because she’d said “hello” to him at the hospital after his attempted assassination during a Congressional baseball practice game in the summer of 2017:

She wrote that Scalise and his family had gone to the White House for an unscheduled visit shortly after Scalise had recovered from the shooting.

Grisham wrote that Trump’s staff asked her whether she wanted to visit the Scalises, who were gathered in the Blue Room, and that she declined.

“Her response was, ‘No, I already said hello,’” Grisham wrote. Trump was apparently referring to when she and President Donald Trump visited Scalise at the hospital as he was recovering from the shooting. Grisham’s book indicates Melania Trump’s response became a running joke in the East Wing.

In response to the story, Scalise took to the Twitter machine last night to dispute the particulars, tweeting out photos of a White House visit betweeen the Trumps and the Scalises (minus him as he was still recovering in the hospital) and calling the story “fake news”:

This is how the fake news media machine against President Trump and @MELANIATRUMP works. This never happened. My family went to visit the White House while I was still in the hospital and were graciously given a tour by President and Mrs. Trump. https://t.co/oqwIUebtNg pic.twitter.com/pzJmEq1G1w

He then went on to further blast Grisham as a “disgraced former staffer” who was trying “to sell books.”

“This is another pathetic attempt by a disgraced former staffer to tell lies in order to sell books,” Scalise wrote. “If her publisher or a single outlet covering this story had done any fact checking, they would’ve learned it was fake. But they didn’t because it fits their fake narrative.”

In his next tweet, Scalise suggested the media’s/Grisham’s actions were evidence they lacked credibility.

“The fact they need to stoop so low to make up verifiably false stories about a shooting victim and his family to paint a false picture of the Trumps tells you everything you need to know about their credibility,” he concluded.

This morning, Grisham responded to Scalise’s remarks by claiming the visit he posted about was not the visit she was referring to in her book.

“Hi sir. All due respect, this isn’t the visit I write about in my book, as you were still in the hospital,” she said before insinuating he was saying what he was out of loyalty to Trump. “I would never take advantage of the tragedy that befell you, but nevertheless, understand your need to defend the Trumps at all costs.”

Scalise then demanded Grisham show some proof, saying that he “never went for an unscheduled visit” with his family once he was released from the hospital:

Really? What’s the date? I never went for an unscheduled visit with my family after I left the hospital. https://t.co/KmNTDJmNHg

As of this writing, she hasn’t responded.

I’m inclined to believe Scalise, not only because he comes across as more adamant and passionate in his dispute with her but also because what’s alleged to have happened occurred at a time in Scalise’s life where he was reminded of what matters most after a deranged Bernie Sanders supporter almost killed him. I would think his memories of what happened in the aftermath would stick with him for a long time, including any graciousness shown to him by others including, of course, from the First Family.

Grisham, on the other hand, is trying to sell a book, and the juicier the supposed details, the more interview requests she gets and presumably more book sales as well.

Who do you believe – Grisham or Scalise?

Liberals and conservatives disagree on plenty. I mean, that’s kind of why there are two opposite ends of the spectrum. It’s because they’re polar opposites.

Most people, to be fair, live in the middle somewhere. They can agree on a few issues here or there. One of those issues you’d think they’d agree on is whether “gun violence” is a problem or not, but you’d be wrong.

Attitudes about gun violence differ widely by race, ethnicity, political party and community type, according to Pew Research Center research. While 73% of Democrats see gun violence as a big problem, only 18% of Republicans see it as a problem. When broken down further, it was shown that Black Democrats are more likely than white, Hispanic Democrats to say gun violence is a big problem.

In total, around half of all Americans (48%) see gun violence as a problem in the country, according to Pew.

And, honestly, both have a point. Homicides are up, which justifies Democrats’ view that “gun violence” is an issue. Republicans, on the other hand, tend to reject the term “gun violence” altogether. Why wouldn’t they? Is violence somehow worse because a gun is used rather than, say, a knife or a bat?

In addition, it should be noted that while homicides are up, other violent crimes aren’t really following the same trends.

However, Pew also had questions about gun ownership.

Personal protection tops the list of reasons why gun owners say they own a firearm. The Pew Research Center also found that four in 10 U.S. adults live in a household with a gun, including 30% who say they own one. Gun ownership is closely linked with views on gun policies, which is true even among gun owners and nongun owners within the same political party, according to one Pew survey.

Some 44% of Republicans and Republican-leaning independents say they own a gun, while only 20% of Democrats and Democratic-leaning persons say they own one, Pew research shows. Republican gun owners are least supportive of policies restricting access to guns while Democratic who don’t own guns are most supportive.

Of course, those numbers are based on people who admit to having a gun. A lot of people won’t tell pollsters whether they have one or not, mostly because no one seems to trust them not to have some way to tie answers to phone numbers or whatever. Either way, I know a lot of gun owners who outright lie about whether a gun is in the house or not, so those numbers may well be higher.

Unsurprisingly, though, they do find a link between gun ownership and views on gun policy. We’ve figured that to be true for years, which is why the surge in gun buying is such good news for gun owners overall. More new gun owners will eventually lead to more new gun voters.

The fact that liberals seem to believe “gun violence” is a significant issue, however, may well mean that more of them will start buying guns and, in time, change their views on the Second Amendment. If enough of that happens, maybe the Democrats will stop trying to take our guns, especially if it’s their base they’re talking about disarming.

Though actor Channing Tatum appreciates Dave Chappelle’s work as a comedian, he expressed sorrow for how Chappelle has “hurt so many people.” In an … END_OF_DOCUMENT_TOKEN_TO_BE_REPLACED

At least 22 people were shot, four of them fatally, during the weekend in Mayor Lori Lightfoot’s (D) Chicago. ABC 7 / Chicago Sun-Times reports that … END_OF_DOCUMENT_TOKEN_TO_BE_REPLACED

Venezuelan opposition leader Leopoldo López talks to the media at the residence of the Spanish ambassador in Caracas, Venezuela, May 2, 2019. … END_OF_DOCUMENT_TOKEN_TO_BE_REPLACED

Passengers stood by and watched as a suspect raped a female passenger on a Philadelphia-area train, according to reports, and did nothing to stop the … END_OF_DOCUMENT_TOKEN_TO_BE_REPLACED

If you allow the government to break the law becau

Dominion Power is one of the biggest utility companies in the state of Virginia, so it’s … END_OF_DOCUMENT_TOKEN_TO_BE_REPLACED

If you’ve been paying attention to politics for the last month, then you’ve no doubt heard of the … END_OF_DOCUMENT_TOKEN_TO_BE_REPLACED

This morning, news has broken that former U.S. Secretary of State Colin Powell has passed away. … END_OF_DOCUMENT_TOKEN_TO_BE_REPLACED

I’m not going to give his name. I won’t do anything to help increase the fame–or infamy–of these … END_OF_DOCUMENT_TOKEN_TO_BE_REPLACED

President Joe Biden appeared to violate the citywide mask mandate in Washington, DC, over the … END_OF_DOCUMENT_TOKEN_TO_BE_REPLACED