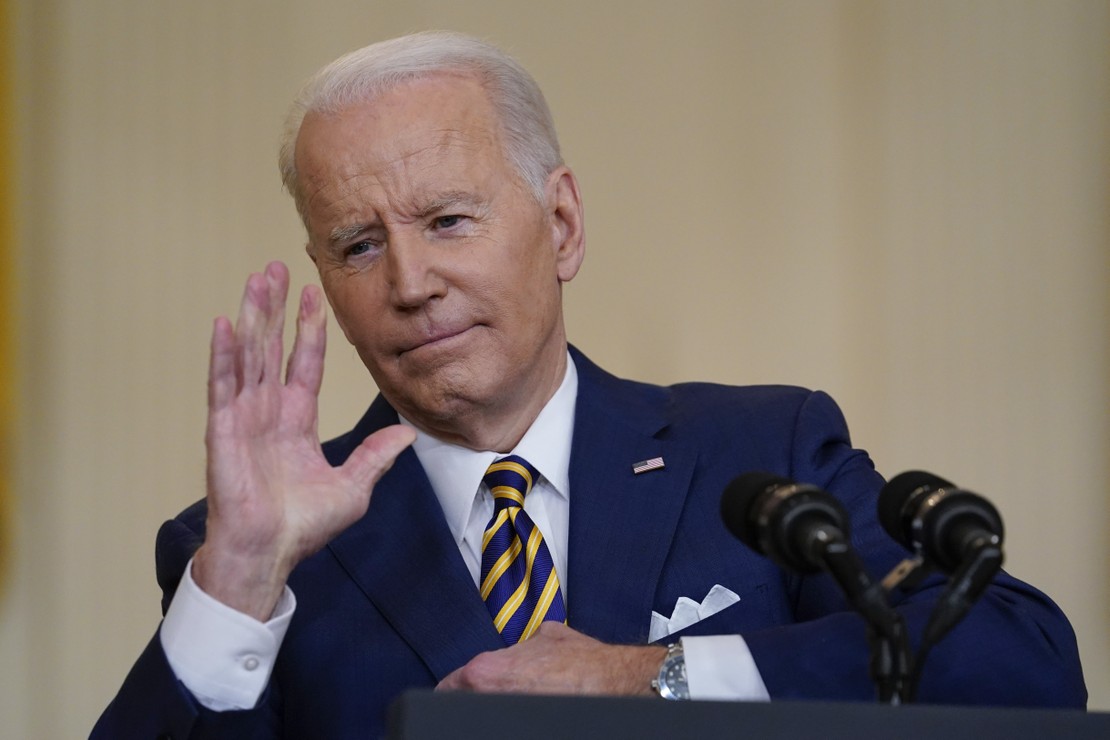 Joe Biden has been overseas at the COP 27 Summit in Egypt on Friday and then the ASEAN Summit in Cambodia on Saturday.

With Biden being Biden, you knew that it was going to be embarrassing for our country and you’d be right on target.

In the grand tradition of Barack Obama, Biden apologized for our pulling out of the Paris Agreement and claimed transitioning away from fossil fuels can help the world avoid “climate hell.”

‘The climate crisis is about human security, economic security, environmental security, national security, and the very life of the planet,’ Biden said at the COP 27 meeting in Sharm el-Sheikh, Egypt.

It was a chance to trumpet billions of dollars in spending and demonstrate that the U.S. was back in a leadership role in the fight against climate change.

That wasn’t enough for some in the audience. A group of protesters momentarily silenced Biden as they stood and howled, lifting a banner that read: ‘People vs fossil fuels,’ before it was snatched away by security guards.

Biden was harassed by some howling climate protesters.

Then he tripped all over his words as he was delivering his remarks.

Biden gets his words in a muddle once again speaking at COP 27 🤦🏻‍♂️ pic.twitter.com/Oow7ZjevS3

Biden wasn’t the only one embarrassing us before the world at that summit. You also had Biden’s climate czar John Kerry having a conversation with Nicholas Maduro and shaking his hand. I don’t know what’s being said here, but you don’t want to be giving Maduro such recognition. That’s doubtless what Maduro was angling for there and Kerry might just have given it to him. He goes from being on the wanted list to shaking Biden Administration hands.

Venezuela’s Maduro goes from being on US wanted list in 2020 ( $15 million reward for his capture), to shaking hands with John Kerry in 2022. Video from Egypt today at #COP27 : pic.twitter.com/e3wUNlgCOt

Biden, in remarks at the Association of Southeast Asian Nations (ASEAN) Summit, thanks “the prime minister for Colombia” for his “leadership as ASEAN chair.”

The ASEAN chair is the prime minister of Cambodia. pic.twitter.com/1vJDGP9ljI

This wasn’t the first time he’d done it.

Biden also goofed up Cambodia’s name as he was departing the White House Thursday. ‘Anyway, you guys, I’m heading down to — first of all, going to Cairo for the – for the environmental effort, then heading over to Colombia and then — I mean, Cambodia,’ he said, correcting himself while he was speaking off the cuff.

Colombia, Cambodia? I mean different continents, different people, but apparently, they’re the same, according to Joe Biden. Does he even know where he is at this point? He sound incredibly tired and about 100 years old during those remarks, as well.

Now Biden is going to be off to meet with Xi Jinping before the G20 Summit in Bali, Indonesia. One has to wonder how that’s going to go, given the gaffes and problems he’s already having. Not to mention Biden’s connections to China. One of the things that Xi is going to be doing is sizing him up if Xi has intentions of moving on Taiwan. I wouldn’t bet that he’s going to be walking away too afraid of Biden, given what Biden is looking like right now.

Police in Boston have made several gruesome discoveries in one particular apartment this month: The remains of four infants have been found after a … END_OF_DOCUMENT_TOKEN_TO_BE_REPLACED

Riots broke out on Sunday in Brussels, the de facto capital of the European Union, and spread to … END_OF_DOCUMENT_TOKEN_TO_BE_REPLACED

Typically, when we watch human rights violations across the globe from the comfort of our American … END_OF_DOCUMENT_TOKEN_TO_BE_REPLACED