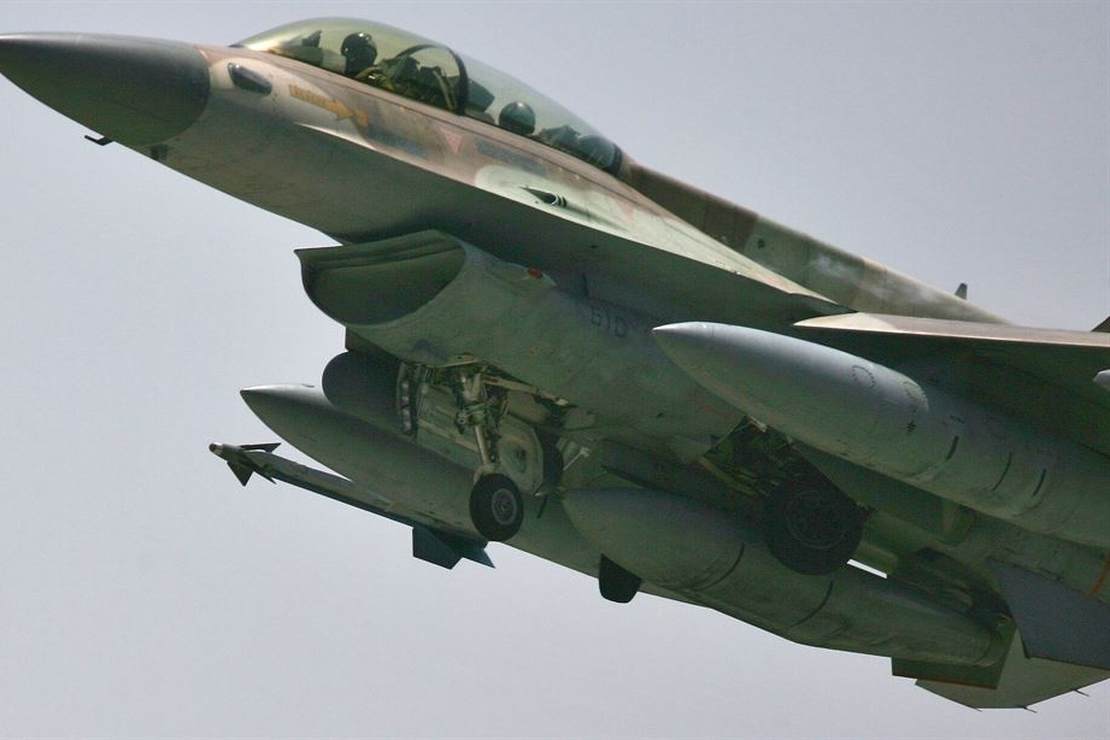 For USAF First Lieutenant David Schmitz, the Tuesday night flight from South Carolina’s Shaw AFB was his first night-time proficiency flight in an F-16 belonging to the 77th Fighter Squadron, a squadron that seems to have a “Wild Weasel” mission. Schmitz, 32 (Read Schmitz’s bio at this link.),  was supposed to refuel in flight and execute a simulated Suppression of Enemy Air Defenses (SEAD) mission. However, Schmitz was unsuccessful in the aerial refueling, aborted the mission, and returned to base.

When nearing the base, Schmitz, an Airman with the 77th Fighter Squadron at Shaw, misinterpreted the approach lighting system. He failed to identify where the runway began, hitting the localizer antenna array on the ground and “severely damaging the left main landing gear,” according to Air Combat Command.

The aircraft briefly touched the ground, then tried to circle back and land again. Shaw Airmen attempted to land the plane by catching the jet on a cable at the beginning of the runway, but the cable missed the tailhook. Damage to the landing gear caused the plane’s left wing to hit the runway.

Schmitz ejected from the fighter after missing the cable, but his parachute never deployed. He died after hitting the ground while still in the seat, according to the release.

The F-16CM is equipped with the Advanced Concept Ejection Seat (ACES) II, which is supposed to be capable of ejecting in any landing gear failure scenario while traveling at speeds up to 200 knots. Schmitz’s aircraft was going 120 knots, or about 138 mph, when he ejected.

“Based on the airspeed and altitude of the ejection, the mishap seat should have initiated a Mode 1 ejection,” the report said. “As the seat exits the aircraft, the Digital Recovery Sequencer is activated, which is responsible for providing seat stabilization, pilot/seat separation, and parachute deployment. For a Mode 1 ejection, the seat’s drogue chute is not used, expediting the deployment and inflation of the personnel parachute.”

However, there was a “critical failure” when the seat left the aircraft, and six of seven “pyrotechnic devices” that should have activated did not.

The bottom line is that 1LT Schmitz died because of an equipment failure, not because of a flight accident. As relayed in the Air & Space Forces Magazine article, the accident report titled, Pilot Error, Ejection Seat Problems Caused Fatal F-16 Crash published four months after the crash, acknowledged the ejection seat problem but seemed to place the blame for that on squadron maintenance procedures and lack of parts.

Accident investigators also found two related maintenance issues with the mishap aircraft. The first was the failure to install a shorting plug on the DRS [Digital Recovery Sequencer] electronic module, which is designed to prevent noise bias issues in channel three.

“Two of the three channels must be in agreement for the DRS to function properly. DRS failure due to channel three noise bias issues have been observed in approximately 9 percent of all live ejections and sled tests,” according to the report.

A time compliance technical order was issued on Jan. 20, 2016, and work was to be completed on the mishap aircraft seat on Aug. 28, 2017, but it was not completed because not enough parts were available.

In a restricted annex to the accident report, Air Force investigators found a problem they were not willing to make public. The ejector seat was incapable of functioning because key components installed by the manufacturer were possibly counterfeit versions or just crap. This information became public thanks to a lawsuit filed by Schmitz’s widow, Valerie, against Lockheed Martin, the manufacturer of the F-16; Raytheon subsidiary Collins Aerospace; and several Teledyne Technologies business units.

Six transistors “had no conformal coating, were heavily gouged, had arcing scratch marks, were considered obsolete and were suspected of being counterfeit,” the complaint said. A capacitor that may have been damaged while it was handled was “partially dislodged.”

The lab also found signs that Teledyne had destroyed evidence related to the case, the lawsuit said. Teledyne appeared to have replaced five microchips on the sequencer before sending it to the lab.

“Teledyne had removed the printed wiring board from the DRS housing and had mounted the [board] to a ‘test fixture,’” the lawsuit said. “Teledyne had cut the leads on Channel #2′s parallel flash memory chip to facilitate chip removal.”

Still, the lab said it wasn’t sure whether any of those parts caused the ejection seat to fail.

“The parts … are strictly considered suspect at this time,” AFRL wrote in 2020. “Destructive analysis on these components, and analysis of components on other DRS boards, would be required to provide [a] higher level of confidence in whether or not they are counterfeit.”

Plaintiffs hope to learn through the legal discovery process whether the components were proven fake. Counterfeiting has plagued the Pentagon’s supply chain for decades, and contractors are often unaware they are providing faulty materials.

“The DoD is aware of this problem and is working to eliminate these components from supply chains,” the Air Force Research Laboratory said.

Plaintiffs are also questioning whether the sequencers meet the Air Force’s standard of reliability. The Air Force Safety Center recommended in 2012 that the sequencer be replaced with more reliable hardware.

Delays in that replacement effort led the Air Force to continue using sequencers longer than intended — including on Schmitz’s fighter jet.

Consider that for a moment. One of the components that failed during Schmitz’s ejection was recommended for replacement nearly a decade ago. A major defense contractor submitted fraudulent material for testing. Not only did the Air Force publicly blame Schmitz for the crash while concealing key facts, but they have also now closed ranks behind Defense contractors.

Plaintiffs said the Air Force has stonewalled further requests for information due to a federal law enforcement probe. A recent response to the legal team cited a law that allows the government to withhold information that is “expected to interfere with enforcement proceedings.”

“Any responsive documents to your request are not releasable to you at this time. … Your request has been closed,” wrote Roxanne Jensen, head of OSI’s FOIA branch, to Valerie’s legal team on June 22.

This is shameful all the way around. Flying high-performance aircraft is dangerous under optimal conditions. Risking your life in an aircraft containing counterfeit or shoddily manufactured parts is a fool’s game. Risking the lives of the men whose lives depend on properly functioning aircraft should be a criminal offense, and it should be prosecuted at least as vigorously as trespassing on the US Capitol grounds.

As we reported earlier, Joe Biden made a stunning comment during a meeting about hunger when he looked around the room for Rep. Jackie Walorski … END_OF_DOCUMENT_TOKEN_TO_BE_REPLACED

Rachel Vindman, who on Tuesday posted a tweet jokingly suggesting that people should refer to Hurricane Ian using "they/them pronouns" in a bid to … END_OF_DOCUMENT_TOKEN_TO_BE_REPLACED

As the Halloween season approaches, pumpkin prices are expected to increase due to inflation, drought, and higher production costs. The average price … END_OF_DOCUMENT_TOKEN_TO_BE_REPLACED

The ex-husband of a deceased woman was caught on video urinating on her grave, the woman's family … END_OF_DOCUMENT_TOKEN_TO_BE_REPLACED

In the past 17 years, Denver has launched six plans and invested millions of dollars into addressing … END_OF_DOCUMENT_TOKEN_TO_BE_REPLACED

I’ve noted before that I tend to be fairly pro-police. After all, I was raised by a police officer … END_OF_DOCUMENT_TOKEN_TO_BE_REPLACED

A manhunt is underway to apprehend 42-year-old Porfirio Duarte-Herrera, an illegal alien from … END_OF_DOCUMENT_TOKEN_TO_BE_REPLACED