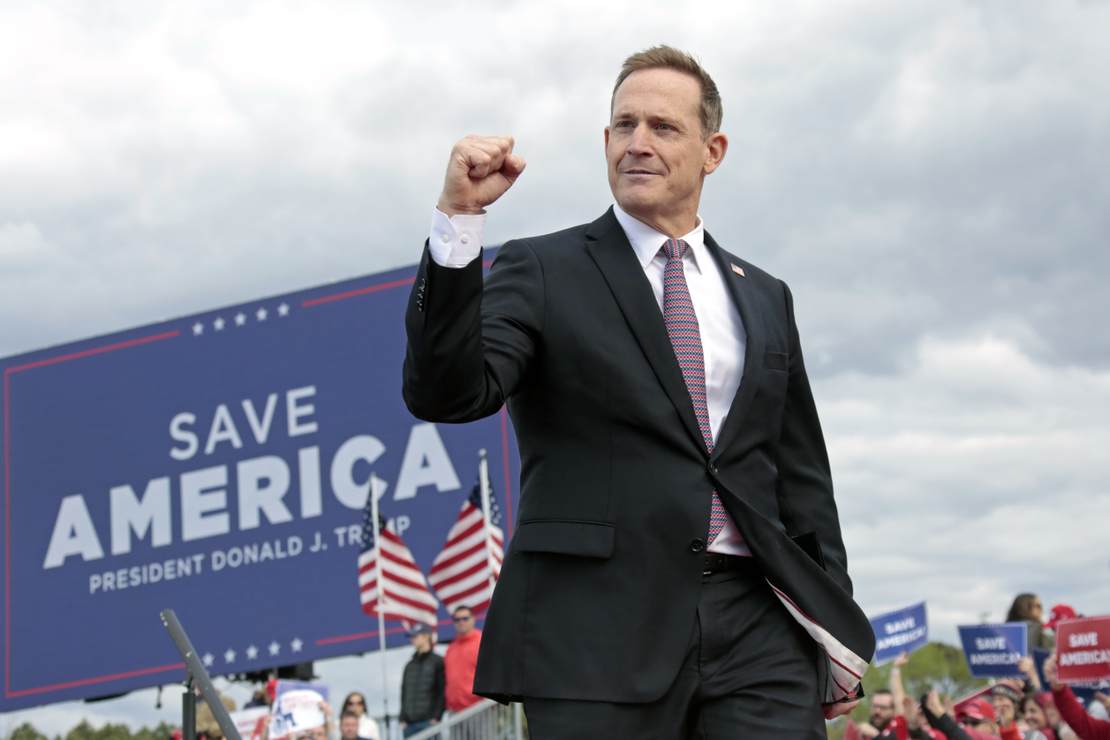 As we previously reported, there are indications that the Senate may be moving in the direction of the Republicans in some of the critical races, particularly after Biden’s student debt bailout proclamation.

Folks I know the GA, WA, & NY #poll numbers are surprising but we at @Trafalgar_Group have seen a big shift in favor of non incumbents since #Biden announced his #studentloanforgiveness package. No other issue this cycle has enraged middle and working class voters more than this

In Georgia, Herschel Walker has taken the lead in some polls. Republican Blake Masters, who started far behind Sen. Mark Kelly (D-AZ) in Arizona, is gaining ground and is now only three points behind. Dr. Mehmet Oz is also gaining on John Fetterman as well, as Fetterman’s issues become more apparent.

Now, there’s more positive news of a race moving in the direction of the Republicans. That’s Tedd Budd’s race in North Carolina. Budd is running for the Senate seat that had been held by Sen. Richard Burr (R-NC), so that’s essential to hold onto that seat. Decision Desk has moved it from a “Toss Up” to “likely Republican.”

Budd has held the lead throughout, but he just started extending that lead, which is why they moved it to “likely” — with Budd having a 65.8 percent chance of winning over Cheri Beasley at 34.2 percent. That was after a Trafalgar Group poll had Budd up by three.

Decision Desk still has the overall race for the Senate in a tight battle that is likely to be decided by the eight races in Georgia, Arizona, Pennsylvania, Nevada, North Carolina, New Hampshire, Wisconsin, and Ohio. While Decision Desk is saying all the races are tight and they’re still giving the edge of winning to the Democrats, the momentum appears to be with the Republicans and that edge is dwindling.

It’s 61 days out. I think as we get closer, we’re likely going to see it get even better as people start to evaluate more seriously and start adding up things like the student debt bailout, inflation, and the Democrats’ extremism on crime and inciting against their political opponents. I think that’s part of the reason we’re seeing that momentum.

It almost reads like a headline from the satire site, The Babylon Bee, huh? With nearly 2.5 million — and counting — Border Patrol encounters with … END_OF_DOCUMENT_TOKEN_TO_BE_REPLACED

Seventy-three companies in Britain are halfway through a six-month trial in which employees get a paid day off weekly. Instead of the standard 40-hour … END_OF_DOCUMENT_TOKEN_TO_BE_REPLACED

Some of the lines from the familiar, seventh-inning stretch tune, “Take Me Out To The Ballgame” hit me a little differently on Friday night, at the … END_OF_DOCUMENT_TOKEN_TO_BE_REPLACED

All Joe Biden and his team had to do for the economy was nothing. Allow the people to go back to … END_OF_DOCUMENT_TOKEN_TO_BE_REPLACED

Despite his publicity stunts to draw attention to his presidential run, and preening about … END_OF_DOCUMENT_TOKEN_TO_BE_REPLACED