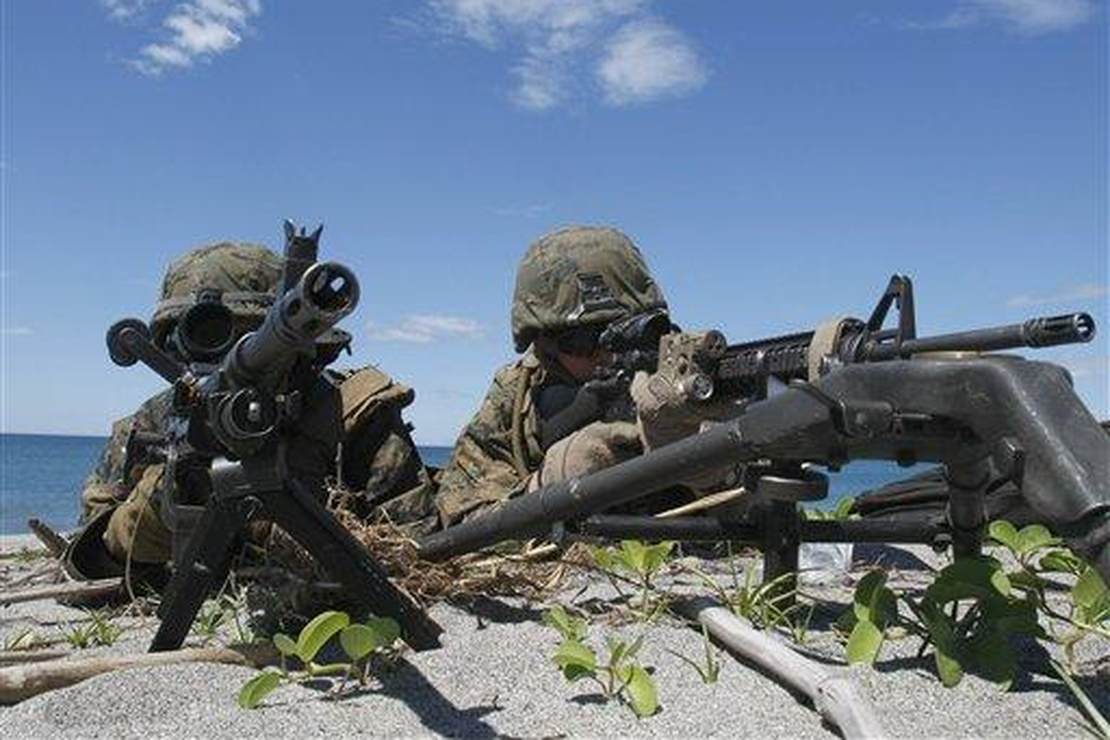 Recruiting among the nation’s military branches is at historically low numbers as COVID, woke leaders and an anti-military culture are keeping young people away. President Biden’s debacle in Afghanistan is also sure to be on the minds of those thinking of joining up, with some wondering, “if the Commander-in-Chief won’t stand behind the military, who will?”

The Army National Guard and U.S. Army Reserve, meanwhile, in early July barred 57,000 troops from their duties and cut their pay and benefits. It’s no wonder people don’t want to serve.

“We are on the cusp of a military recruiting crisis,” Rep. Mike Gallagher (R-Wis.) told Politico, citing Covid, obesity among would-be recruits, competition from the healthy civilian labor market, and an overall low interest in serving. “When Republicans take control of Congress in a few months,” he added, “averting the recruiting crisis will be a top priority of the Military Personnel Subcommittee.” Gallagher is the top Republican on the House Armed Services’ subpanel.

Politico writes that it’s “widely considered the worst recruiting environment since the end of the Vietnam War.” Here are the numbers:

The Army has reached 66 percent of its goal for the fiscal year ending in September, and the Navy is at 89 percent, according to data compiled from October 2021 to May 2022. Even with rates of 100 percent for the Marine Corps, Air Force and Space Force, that leaves the department [of Defense] with a total rate of just 85 percent.

Air Force Gen. Paul J. Selva said in a 2018 speech that  “only 1 percent of our population today will ever wear the uniform of this nation in any of its incarnations—soldier, sailor, airman, Marine, active, Guard or Reserve.” We ask a lot out of very few in this country. If recruiting numbers continue to drop, we’re in real trouble.

RedState has reported on the services’ desperate efforts to encourage more volunteers to join, with the Minnesota National Guard placing a $77,000 ad buy in an LGBTQ magazine, and the Army toying with the idea of dropping its requirement that enlistees have a high school diploma or GED, but then realizing what a stupid idea that was and backtracking. Military.com went to press Tuesday with the story of how the Army is giving recruits who fail to meet initial body fat and academic standards a second chance by launching two pilot programs to help them lose weight and/or improve their aptitude test scores.

We’ve also covered how the woke silliness currently being peddled by military leaders isn’t sitting well with soldiers and potential soldiers. Alex Parker reported on how the Army will reportedly force female soldiers to shower with biological males who identify as females, while the Navy will allegedly allow sailors to use whichever locker room suits their gender identity. There’s also a huge emphasis on race:

Woke ideology being instituted throughout our military is a grave threat to our national security.

When I was a soldier, I was taught to protect and defend the county I love – not that America is racist. This ideology has no place in our Armed Forces.

Imagine you are an eighteen-year-old, white, Christian male in Georgia with a family history of military service. As you progressed through your teen years, you watched Confederate statues being torn down and military bases being renamed, endless media and elitist demonization of your culture as racist and deplorable and backwards, and military and civilian leadership that thinks diversity and inclusion(i.e. fewer white men) is best thing since sliced bread. Would you volunteer? Identity politics works both ways. Trash my tribe and I won’t associate with you, let alone risk my life. It shouldn’t be a shock, then, that those expressing a “great deal of trust and confidence in the military” dropped from 70 percent in 2018 to 45 percent today. (Emphasis mine.)

Military brass is trying all sorts of things to change the dynamic, but so far nothing appears to be working. It’s a concerning situation, especially given that relations with China and Russia are not exactly friendly right now. I think the best bet would be to cool off on the woke agenda and just make young people watch Top Gun: Maverick.

The White House announced that, finally, Joe has beaten back COVID. Again. I think this was his 12th rebound from being COVID negative. For the media … END_OF_DOCUMENT_TOKEN_TO_BE_REPLACED

The Partisan Playbook AP Photo/J. Scott Applewhite The Senate is working overtime this weekend to pass the $433 billion spending bill known as the … END_OF_DOCUMENT_TOKEN_TO_BE_REPLACED

Shower rooms have changed a bit. So have Christian associations. In Port Townsend, Washington … END_OF_DOCUMENT_TOKEN_TO_BE_REPLACED

Unbelievable? Nope. Not in the least. A Jewish group at the liberal City University of New York … END_OF_DOCUMENT_TOKEN_TO_BE_REPLACED

Former Hawaii Democrat congresswoman Tulsi Gabbard, who, in one of the greatest presidential debate … END_OF_DOCUMENT_TOKEN_TO_BE_REPLACED

John Harwood, the Democratic representative from CNN, is attacking Marco Rubio for calling the … END_OF_DOCUMENT_TOKEN_TO_BE_REPLACED