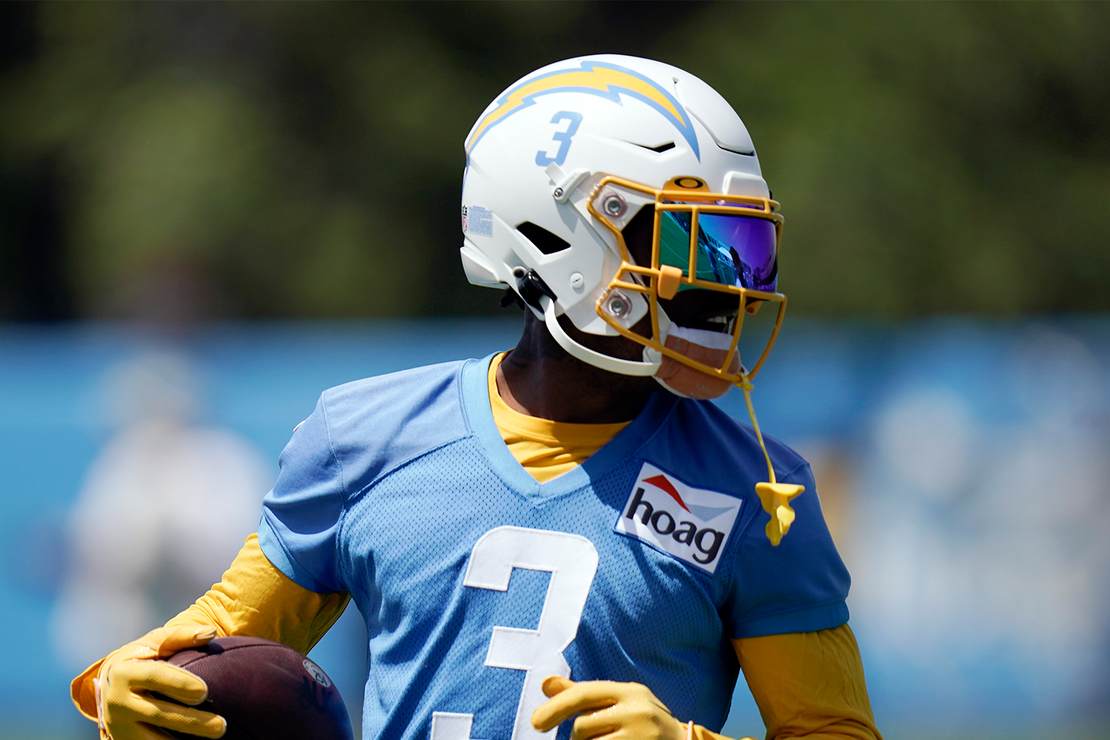 Los Angeles Chargers all-around defensive star Derwin James has become the highest-paid safety in NFL history. On Wednesday, the All-Pro safety agreed to a four-year, $76.4 million deal with the team.

Derwin James and the Chargers have agreed on a massive 4-year $76.4M extension, which averages $19.133M a year and resets the safety market. This deal makes James the highest paid safety in NFL history, per source.

Derwin James was drafted 17th overall in the 2018 NFL draft, and he hasn’t looked back since then, when healthy. In 2019, James missed 11 games and the entire 2020 season due to a torn meniscus. Throughout his career, thus far, James has 257 tackles, 5.5 sacks, five interceptions, and three forced fumbles in his career.

Following the signing, according to ESPN, he told reporters:

“I’m feeling amazing … There was never a doubt in my mind [the deal would get done]. I just tried to do what I could as a player to come out here every day and get better in the ways that I could.”

James and the team agreed to terms, one day after coach Brandon Staley praised the all-around safety.
Staley said James “earned every cent” of his new deal, adding:

“This wasn’t like every other big contract that gets signed, because you know what he had to go through in order to make it to this point in his career … He overcame a lot to earn this contract.”

James called getting the praise from his coach “a privilege,” noting it reminds him to be “humble”:

“That’s a privilege to me for people to be able to think of you like that. I feel like that carries a lot of weight and just have to keep getting better and not be satisfied with it. Don’t get arrogant, just keep working and staying humble.”

The Chargers defense has the potential to become the best defense in the NFL because they have several big-time defensive playmakers, and the whole team seems to be on a mission with one goal in mind: winning a Super Bowl championship.

The AFC West will be the most competitive division in the league, and all four teams – Los Angeles Chargers, Kansas City Chiefs, Las Vegas Raiders, and Denver Broncos – could make the playoffs for the first time ever.

The Chargers open up Week 1 of the season at SoFi Stadium against divisional rival Las Vegas Raiders.

Joe Biden’s Chief of Staff, Ron Klain, is pretty confident that the Biden administration and the Democratic Party as a whole will have enough … END_OF_DOCUMENT_TOKEN_TO_BE_REPLACED

EAGLE PASS, Texas — For one Texas ranch manager, dealing with the daily trespasses of migrants through the property is becoming almost unbearable. Ben … END_OF_DOCUMENT_TOKEN_TO_BE_REPLACED

Thursday on MSNBC’s “The ReidOut,” network host Tiffany Cross warned that “a civil war is here” amid violent rhetoric regarding the FBI. Cross … END_OF_DOCUMENT_TOKEN_TO_BE_REPLACED

There is no shortage of “anti-racism” grifters. The author of “White Fragility,” Robin DiAngelo tops … END_OF_DOCUMENT_TOKEN_TO_BE_REPLACED

A federal judge has already granted an injunction blocking the town of Superior, Colorado’s … END_OF_DOCUMENT_TOKEN_TO_BE_REPLACED

According to a Rasmussen poll published on Thursday, 53% of voters now agree with the statement that … END_OF_DOCUMENT_TOKEN_TO_BE_REPLACED

Note: This “Moore to the Point” commentary aired on NewsTalkSTL on Friday, August 19th. Audio … END_OF_DOCUMENT_TOKEN_TO_BE_REPLACED

The school shooting in Uvalde, TXs shook the nation to its core. It’s unsurprising, though. We … END_OF_DOCUMENT_TOKEN_TO_BE_REPLACED