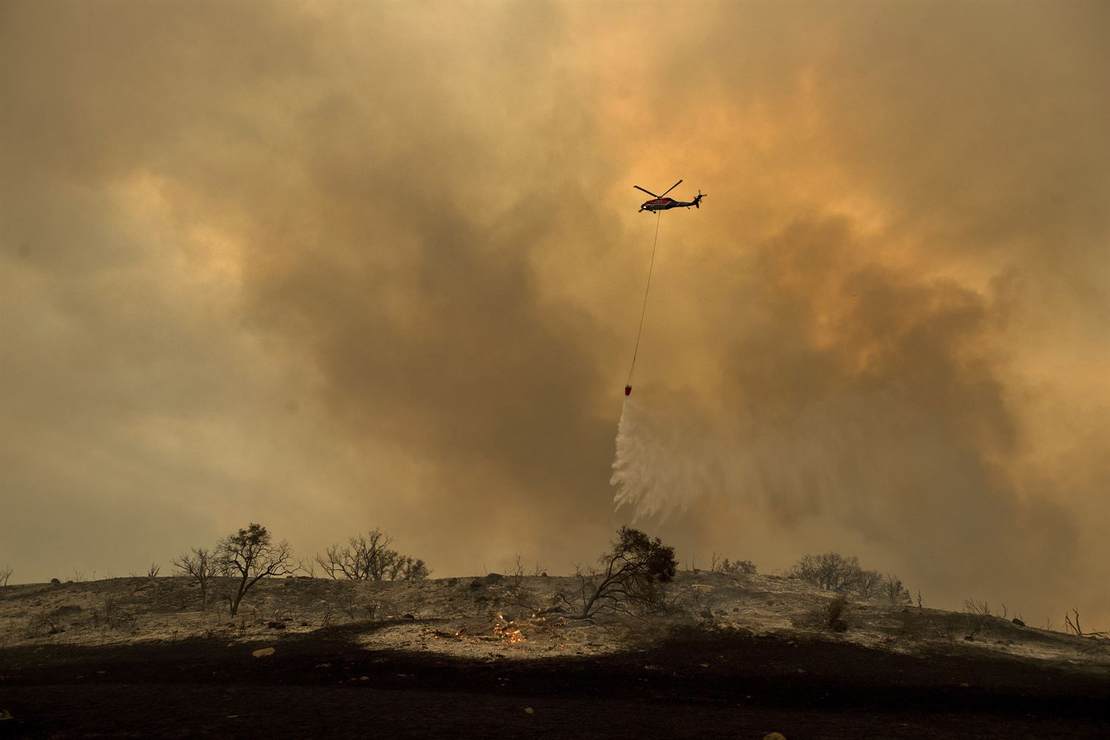 Spiders aren’t exactly universally adored, but a Utah resident’s apparent animus toward such a creature recently turned out to be a hot mess.

As reported by The Salt Lake Tribune, the man and his dog were strolling the countryside Monday afternoon. Along the way, they encountered a spider. Presumably, the arachnid was innocently minding its business; the man, nonetheless, brimmed with ill intent.

He chose to not only kill the critter, but to do so in a particularly pernicious way: Perchance for the crime of being creepy, the animal would be ignited.

It was an act that burned with needlessness, and the mountainside would soon join in. While attempting to terminate the spider with a lighter, the man set the land all ablaze.

The fire, reported [around 4:30 p.m.]…moved quickly up the mountain along the border between Springville and Provo…

Pushed by the wind, the wildfire called for a coordinated assault. Involved were Utah County Fire, Springville Fire, Mapleton Fire, two Provo Fire Stations, and a pair of helicopters.

Per the New York Post, “One of the choppers drew water from a reservoir to dump on the blaze.”

Crews remained on the scene through the night. As of Tuesday afternoon, 60 acres had been scorched.

But the disaster was 90 percent contained — thanks to responders who swooped in like superheroes.

Speaking of — they caught the, uh, blazing-spider man:

One particular may not be pure coincidence:

Utah County Sergeant Spencer Cannon — who, according to KTVX, was “still scratching his head over the incident” — reflected on regret:

Not sure exactly why he felt the need to need to have to burn the spider but you know, all the regret in the world doesn’t change the outcome based on whatever reason there was for him doing that.

The ravaging result of the gaffe got its own name: the Wildland Fire. The suspect — surely seen by some as a speciesist — got a name, too: “jailbird.” He was “booked into Utah County Jail and is facing a drug possession charge and a reckless burning charge — which carries up to a year in prison and a fine of up to $2,500 dollars.”

Of course, Utah’s arachnid incident isn’t the only anomalous inferno of the past several years. Sparked by the story, the Deseret News recalled other far-out fires:

Back to Springville, the calamity even caught the attention of Utah Gov. Spencer Cox. On Twitter, he offered youngsters advice:

“Um, don’t do drugs, kids. And don’t start spiders on fire during a drought.”

On Monday evening, the FBI took the unprecedented step of raiding the home of former President Donald Trump. What were they looking for? … END_OF_DOCUMENT_TOKEN_TO_BE_REPLACED

Nebraska Gov. Pete Ricketts, a Republican, issued a statement on Monday announcing that due to a … END_OF_DOCUMENT_TOKEN_TO_BE_REPLACED