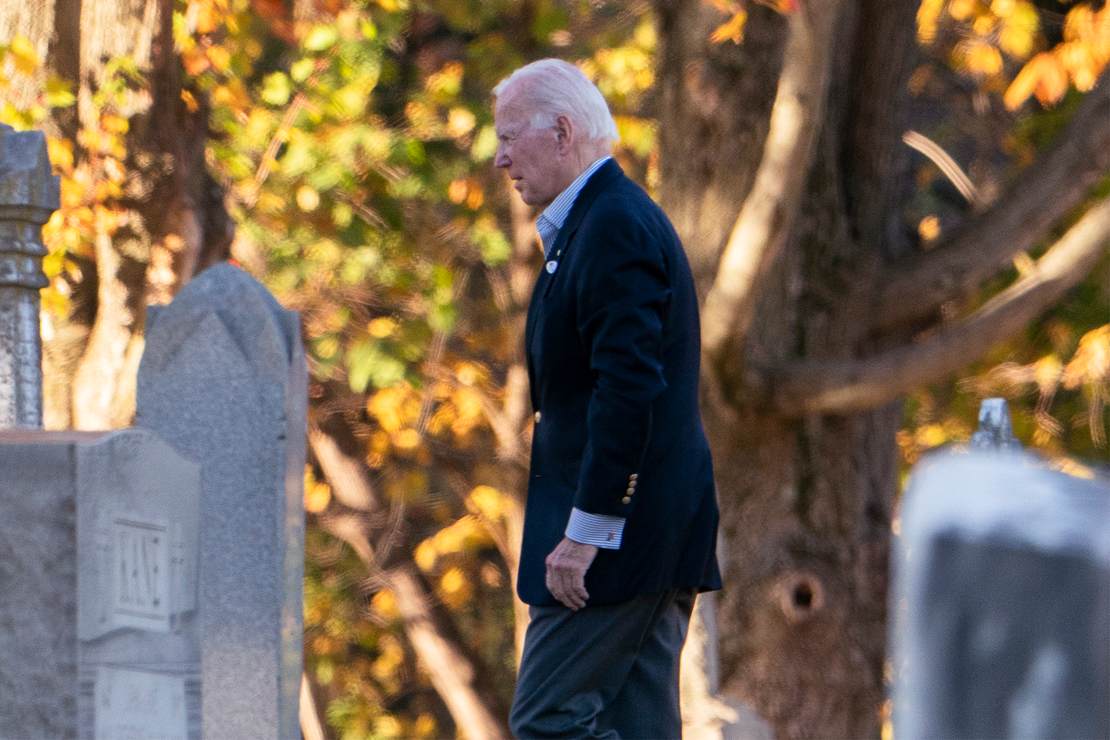 Despite the “red wave” turning out to be more of a “red trickle,” it would appear the Democrats still don’t like their chances in 2024 for keeping the executive branch.

According to Fox News, a group by the name of “Don’t Run Joe” has already begun generating momentum to get the Democrat Party to ditch the idea of a Biden-lead ticket next election season:

“It’s clear that Joe Biden should not be the party’s presidential nominee in 2024,” the grassroots organization RootsAction said in a press release on Wednesday, announcing their “Don’t Run Joe” campaign.

The campaign’s intent is to point to Biden’s unfavorability and the perceived risk of running a presidential candidate that has held one of the lowest approval ratings in U.S. history against momentous Republicans.

The “Don’t Run Joe” campaign said renominating Biden would be “a tragic mistake.”

It added: “A president is not his party’s king, and he has no automatic right to renomination. Joe Biden should not seek it. If he does, he will have a fight on his hands.”

“We cannot risk losing in 2024. We shouldn’t gamble on Joe Biden’s low approval rating,” the campaign will say in its digital advertisements.

RootsAction hasn’t put anyone forward they’d prefer as president yet, only lending to the speculation that Democrats are currently thinking that anyone is better than Joe Biden.

And they might not be wrong. Biden’s approval ratings have been in the dumps for a long time and show no signs of rising back to decent levels. Last August, his approval was at 38 percent while his disapproval rating was at 58 percent.

While the lack of a red wave may see his approval rating rise slightly, rest assured it will go back down and sink further as his policies continue to devastate Americans in their wallets, schools, and streets.

But before you think RootsAction is attempting to restore sanity to the White House, don’t think they’re allies. According to the organization, their anger at Biden revolves around his “administration’s failure to do more to help fight climate change, protect voting rights, and relieve student debt.”

Judging by his disapproval rating, this group isn’t alone in wanting Biden gone but not for the same reasons. Time will tell how far the push to get Biden out of the running will go or if it will be successful, but if both the right, left, and radical left want him gone, the chances of it succeeding are very high.

It has long been speculated that Gavin Newsom, an ultra-progressive politician who survived a recall effort in his state after dissatisfaction with … END_OF_DOCUMENT_TOKEN_TO_BE_REPLACED

Did you know that freedom of speech is “nonsense?” That’s the word from CNN, which let a former CIA … END_OF_DOCUMENT_TOKEN_TO_BE_REPLACED

The Chinese media has, in recent years, opined plenty about the right to keep and bear arms. Well, … END_OF_DOCUMENT_TOKEN_TO_BE_REPLACED

With Democrats in complete control of Colorado government, any legislative response to the mass … END_OF_DOCUMENT_TOKEN_TO_BE_REPLACED