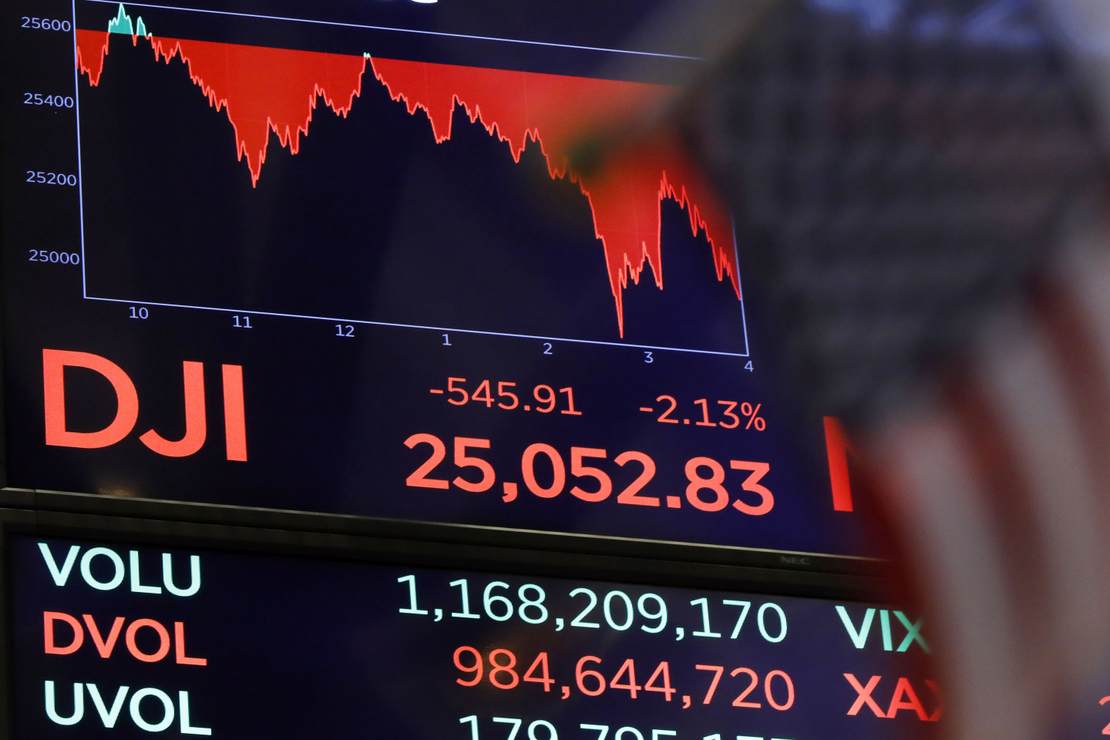 The selling capped another rough week on Wall Street, leaving the major indexes with their fifth weekly loss in six weeks.

Not a very encouraging sign, despite the recent passage of the “Inflation Reduction Act.” Friday’s dismal Wall Street news, of course, comes on the heels of the Federal Reserve’s 75-basis-point rate hike, announced Wednesday.

The full weight of the Fed’s actions since March — pushing a key interest rate up by 3 percentage points already, with more increases still to come — may not be felt until later this year or next. But financial markets are taking in the central bank’s promise and sending alarms back out — making clear that no matter how many times Fed officials say they’re going to do whatever they can to crush inflation, the idea still roils Wall Street.

The Post, of course, is also concerned about the potential negative ramifications (for Democrats) in the midterms:

The bad market news — and the Fed’s forecast of a sharply slowing economy — could also affect campaigns for this fall’s midterm elections in Congress, where Republicans have been hoping voters will blame President Biden and Democrats for high inflation. Inflation has become a somewhat less salient issues among voters, as people say they’re feeling better about the economy and getting some breathing room from falling gas prices. But turmoil in the markets could become a hot topic on the trail.

It’s nice that some Americans are “feeling better” about the economy in recent weeks. Those racking up credit card debt trying to cover their expenses and watching their retirement savings dwindle might not share that sentiment.

On the bright side, at least President Biden didn’t mark the occasion by celebrating on the White House lawn, as he did ten days ago when the Dow dropped over 1,200 points (to 31,105). Oh, wait…

Elton John was all in on a plan to perform at the White House before the world-famous rockin’ piano player hangs it up — he says — for good. https://t.co/J44G4JTswx

Professional fishermen are in hot water following accusations of cheating in a recent fishing tournament in Ohio.Competitors at the Lake Erie Walleye … END_OF_DOCUMENT_TOKEN_TO_BE_REPLACED

New York plans to prohibit the sale of all new gas-powered cars and trucks by 2035. New York Gov. Kathy Hochul is following California's lead to … END_OF_DOCUMENT_TOKEN_TO_BE_REPLACED

Week 31 of Putin’s War, that projected 3-day romp through Ukraine is not starting off well. Just one … END_OF_DOCUMENT_TOKEN_TO_BE_REPLACED

Florida is beginning its recovery after being slammed by Hurricane Ian, and Gov. Ron DeSantis has a … END_OF_DOCUMENT_TOKEN_TO_BE_REPLACED

A New York man claimed that he was paid $21,000 for trading in 3D-printed guns at a government … END_OF_DOCUMENT_TOKEN_TO_BE_REPLACED