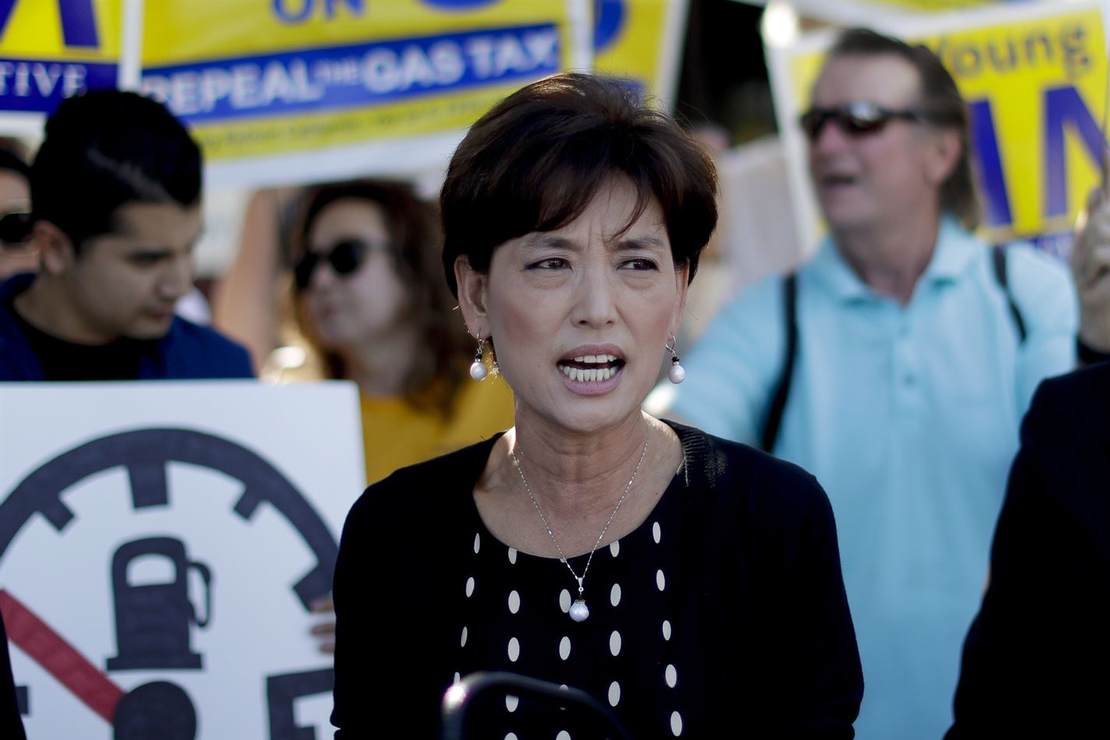 While many of California’s competitive races remain a mystery as they continue to count the votes, others are being called. Incumbent Rep. Young Kim (R-CA40) has secured her second term in the House of Representatives, defeating opponent Dr. Asif Mahmood 59 percent to 41 percent.

That Red Wave continues to build.

This race was initially touch and go. Kim was redistricted from District 39 in Northern Orange County to District 40, which now included the more conservative environs of Riverside and San Bernardino counties. In September 2021, Riverside County is the only county that voted 100 percent to recall Governor Gavin Newsom. So, as opposed to the purple-blue leaning areas that she formerly represented, Riverside County bleeds red, and proudly displays its grassroots conservatism. It was widely held that Kim had not displayed the requisite conservative bonafides.

As soon as Kim was sworn in on January 2021, she voted to certify Joe Biden’s electoral college numbers. While Kim voted against the second impeachment of Trump, she did support censuring him, and it has been reported that she is privately critical of the former president. Kim also voted to strip Georgia Rep. Marjorie Taylor Greene, a conservative star and stalwart, of her Committee assignments.

In the June 7 primary, Kim came in behind Democrat Mahmood by six percentage points, as our Deputy Managing Editor Kira Davis reported:

Newly redistricted incumbent Young Kim (District 40, Orange, Riverside and San Bernardino counties) posted a lackluster performance in the conservative strongholds of southern California, coming in behind challenger Asif Mahmood’s 40% share with just a 34% haul. Her Democrat challenger’s success signals that conservative voters are not very happy with Kim’s squishy positions on COVID mandates. Kim’s Republican challenger, Greg Raths ran a strong campaign on the back of her COVID issues. Kim may have to move further to the right to decisively hang on to the seat in the November run-off. This will be an important race to watch.

California’s primary has the Top 2 vote-getters move on to the general election, but the fact that an unknown like Mahmood bested her in the primary did not bode well for Kim’s chances in the general. Kim worked to overcome the image of the disconnected moderate, and put on her retail politician hat, campaigning heavily within the communities which she served. Kim made numerous local and national media appearances to speak on the issues of gas prices, inflation, and the economy, and to position her experience representing the people of California in D.C.

Apparently, the work paid off. In these California races, 18 percentage points is practically a mandate.

On Friday, CNN security analyst Juliette Kayyem suggested making 26 the minimum age to purchase an AR-15. Kayyem made her comments after being asked … END_OF_DOCUMENT_TOKEN_TO_BE_REPLACED

The Walt Disney Company was expecting big things from their latest animated movie "Strange World," the House of Mouse's first movie to feature an … END_OF_DOCUMENT_TOKEN_TO_BE_REPLACED

(The opinions expressed by contributors are their own and do not necessarily represent the views of RedState.com.) While it hasn’t received much press … END_OF_DOCUMENT_TOKEN_TO_BE_REPLACED

Quick-thinking cops in St. Petersburg, Florida, are being praised for preventing a potential “mass … END_OF_DOCUMENT_TOKEN_TO_BE_REPLACED

Most Americans are not personally worried about contracting coronavirus, a survey from The … END_OF_DOCUMENT_TOKEN_TO_BE_REPLACED

Nearly a quarter of Americans said they have not been vaccinated against the Chinese coronavirus, a … END_OF_DOCUMENT_TOKEN_TO_BE_REPLACED