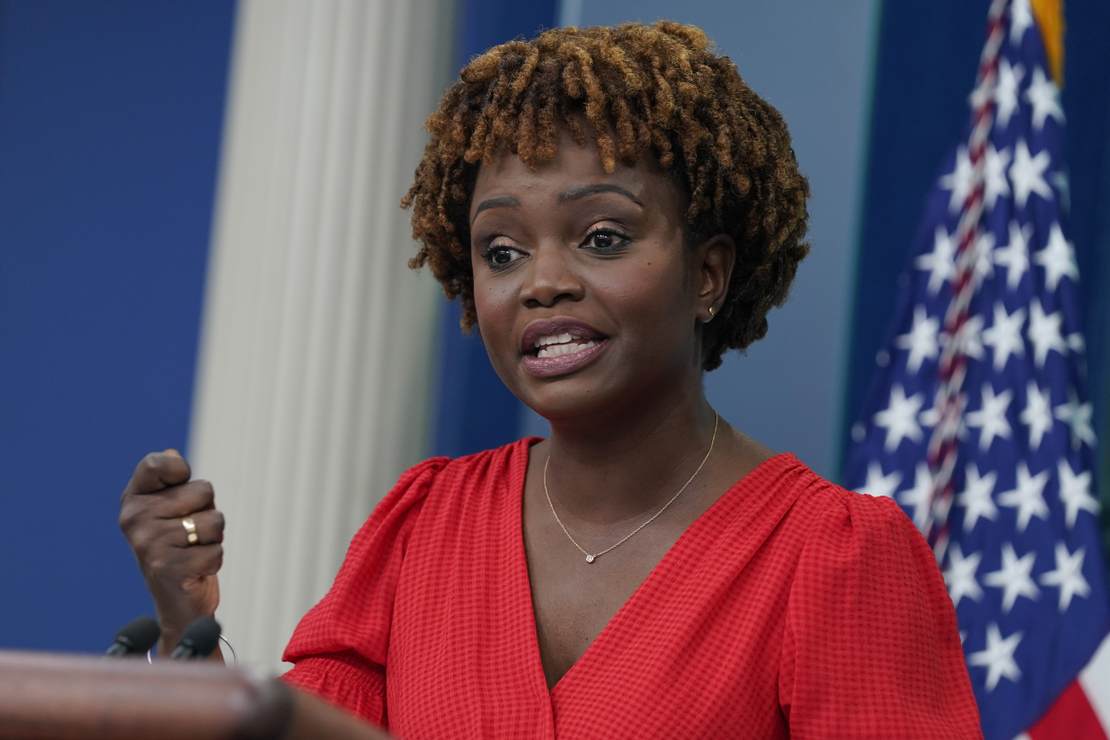 White House Press Secretary Karine Jean-Pierre has never been particularly good at her job. But it seems like it’s getting worse of late. We reported previously that she was flailing desperately when she was asked about Joe Biden’s involvement in Hunter Biden’s business dealings.

Then on Tuesday, she lost it on reporters during the press briefing as one of the reporters tried to get answers from Dr. Anthony Fauci about the origins of COVID. It was likely Fauci’s last time at a briefing before he goes off into the sunset, so reporters wanted to get answers while they had the opportunity.

First, there was the treacly propaganda about what a wonderful human being Fauci was.

KJP: “Dr. Fauci has been a source of information and facts, but Dr. Fauci’s leadership and legacy stretch far beyond the past couple of years.” pic.twitter.com/FxJzQAojIy

But then it started going south. The problem started with the Daily Caller’s Diana Glebova trying to ask about the origins of COVID — but then Karine Jean-Pierre refused to call on her and started dressing her down for shouting. Then Steven Nelson of the NY Post came to her defense and Jean-Pierre yelled at him too.

KJP blocks her question and immediately moves on. pic.twitter.com/oNJuNZjyrP

Things took a turn in the briefing room. Jean-Pierre tells a reporter “I’m done with you” pic.twitter.com/GQPnGZusAM

Then Simon Ateba of Today News Africa came to Glebova’s defense as well, complaining that her question was a “valid question” [that Jean-Pierre was avoiding] and that KJP was refusing to call on people “from across the room” — a recognition that she ignores people and doesn’t call on people equally.

Karine Jean-Pierre snaps at a reporter:

That’s just a disgusting way to deal with people from Jean-Pierre. Who does she think she is? That isn’t the way that you deal with people professionally, whether you like what they’re asking or not. She works for the people and these are [allegedly] the representatives of the people in that room that she owes a duty of a proper response.

Curtis Houck noted how this all upset April Ryan too, that Glebova should dare ask a question and that independent media should think they have a right to be called on as well with “questions contrary to what the White House wants to be pushed.”

But while KJP avoided the questions from the independent reporters, she did call on NBC reporter Mike Memoli who asked a “Republicans pounce” question about how “aggressive” the Republicans would be in questioning Fauci next year.

Of course, KJP & Fauci took NBC reporter/Biden hack Mike Memoli’s question about COVID origins b/c it was framed as a smear of those raising concerns: “How are you preparing for the likely aggressive oversight from House Republicans…next year…they’ve been promising” on COVID? pic.twitter.com/UHVIkVWdwn

Notice at the end there how Fox’s Peter Doocy is cut off from asking a question at the end.

Bottom line? There are just some questions the Biden team doesn’t want to answer, and answers about the origins of COVID are one of those big subjects, despite the fact that this so grievously impacted Americans and so many people died. You would think this would be at the top of the list of concerns for Democrats. But it isn’t, and that’s just shameful. But now with the House in the hands of the Republicans, Fauci and the Biden team are not going to be able to avoid those questions.

According to the authors of a new book, rooting for a sports team is good for your mental health - perhaps even for fans of the Cleveland Browns and … END_OF_DOCUMENT_TOKEN_TO_BE_REPLACED

Every parent with a child in school is likely aware of the scourge of strep throat, the highly … END_OF_DOCUMENT_TOKEN_TO_BE_REPLACED

The sight of grown men actively beclowning themselves is rarely a pleasant sight. However, there is … END_OF_DOCUMENT_TOKEN_TO_BE_REPLACED

Christopher Keeley, a man who stands accused of brutally murdering a 70-year-old couple from … END_OF_DOCUMENT_TOKEN_TO_BE_REPLACED

The state of Hawaii has a history of restricting guns. This is even worse in the city of Honolulu, … END_OF_DOCUMENT_TOKEN_TO_BE_REPLACED

In between being bogged down in a pointless war in Ukraine and presiding over domestic turmoil, … END_OF_DOCUMENT_TOKEN_TO_BE_REPLACED