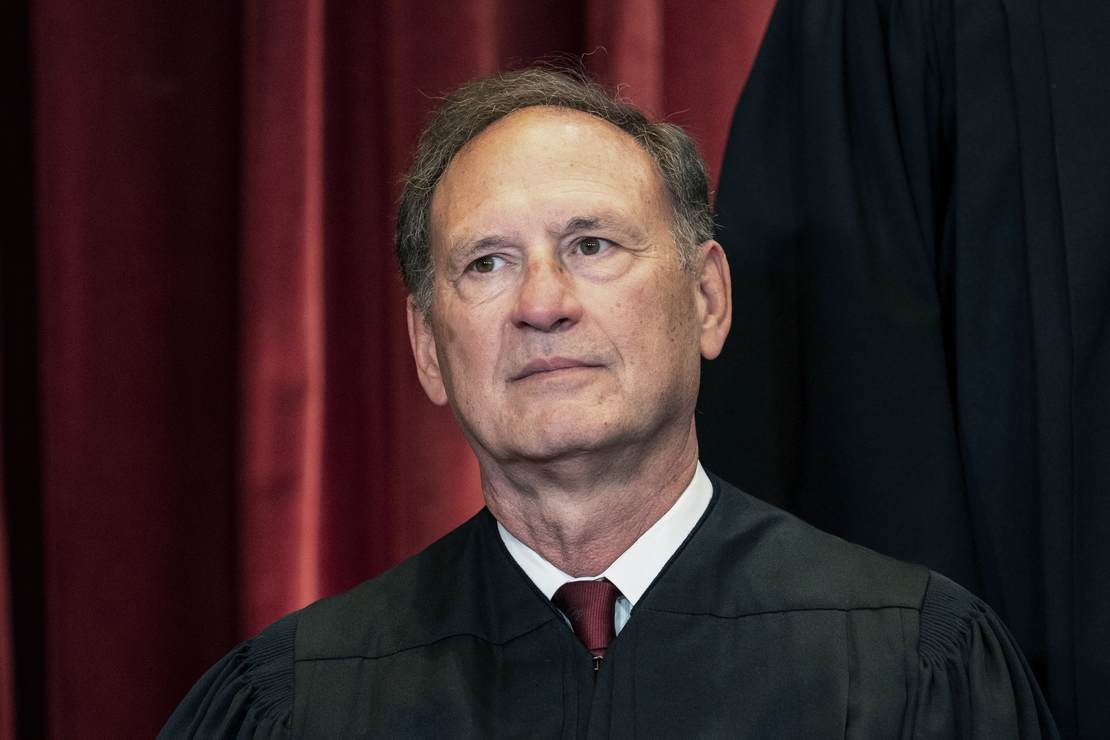 I have to hand it to some of the conservative justices on the Supreme Court. They certainly do stick to their guns even in the face of threats and attacks. We’ve seen how they stood by their principles when it came to the decision to overturn Roe v. Wade, even knowing that they would be targeted by the left.

Supreme Court Justice Samuel Alito also showed that strength in remarks that he gave at a conference he attended on religious liberty in Rome. It was his first public comment since the decision he wrote overturning Roe in June. You might think he would lay low, at least in commenting on the decision. But then he wouldn’t be sticking to his guns and he’s certainly doing that.

Alito had a little fun with Meghan Markle’s husband, Prince Harry, and other foreign leaders who criticized the decision.

Of Boris, Alito quipped: “He paid the price.” https://t.co/NPqalw0KA6 pic.twitter.com/xC0qguZ31n

“I had the honor this term of writing I think the only Supreme Court decision in the history of that institution that has been lambasted by a whole string of foreign leaders who felt perfectly fine commenting on American law,” Alito said, referring to the opinion.

“One of these was former Prime Minister Boris Johnson — but he paid the price,” Alito joked. Johnson was forced to step down after the decision. “Post hoc ergo propter hoc,” he declared, having fun with his own fallacy, indicating he understood it wasn’t because of the decision.

Naturally, these remarks from Alito are causing a meltdown from the left because he isn’t cowering over his decision — he knows he did the right thing under the Constitution. So they’re concerned he’s having a little fun with foreign leaders? They should be concerned about adhering to the Constitution and not trying to undermine the integrity of the Court by pushing things like Court packing to get their way politically.

Remember: it was Alito’s opinion that leaked.

That fact paired with his politicized remarks below should be alarming to anyone.

The Supreme Court is in a legitimacy crisis. Chief Justice Roberts has a responsibility to share the progress & results of SCOTUS’ leak investigation. https://t.co/5AlOb1ihJw

I’m glad Alito is saying it all publicly. People can hear it for themselves. The Supreme Court has right wing hacks who will abuse their power to implement their theocracy. It’s all out in the open. No need for subtlety.

But the Court isn’t about what is popular, what the left thinks, or what foreign leaders think.

Alito also made the greater point amongst the jokes that he is one of those who “cling to the belief that it matters what the Constitution says and what it does not say.” That’s what the Supreme Court is supposed to be about, not what the mob thinks. Foreign leaders can say what they want till the cows come home but the ones in question don’t seem to understand American law or that particular point.

It’s now August 12th, 2022, and John Fetterman, the Democrat senate candidate in Pennsylvania, has still not held a public event since he had a major … END_OF_DOCUMENT_TOKEN_TO_BE_REPLACED

On Wednesday, former New York Governor Andrew Cuomo filed a lawsuit against Attorney General Letitia James after she denied his request to have the … END_OF_DOCUMENT_TOKEN_TO_BE_REPLACED

Note: This “Moore to the Point” commentary aired on NewsTalkSTL on Friday, August 12th. Audio … END_OF_DOCUMENT_TOKEN_TO_BE_REPLACED

Time to start the countdown. Four days are left until Rep. Liz Cheney (R-WY) gets the boot in her … END_OF_DOCUMENT_TOKEN_TO_BE_REPLACED

Thursday, during an appearance on FNC’s “Hannity,” Sen. Ron Johnson (R-WI) discussed his view that … END_OF_DOCUMENT_TOKEN_TO_BE_REPLACED

I have to say, I’m kind of enjoying this whole Trump-FBI raid news cycle. It’s so patently absurd, … END_OF_DOCUMENT_TOKEN_TO_BE_REPLACED

Polymer80 sells kits that make it much easier for the average person to build their own guns. So, of … END_OF_DOCUMENT_TOKEN_TO_BE_REPLACED