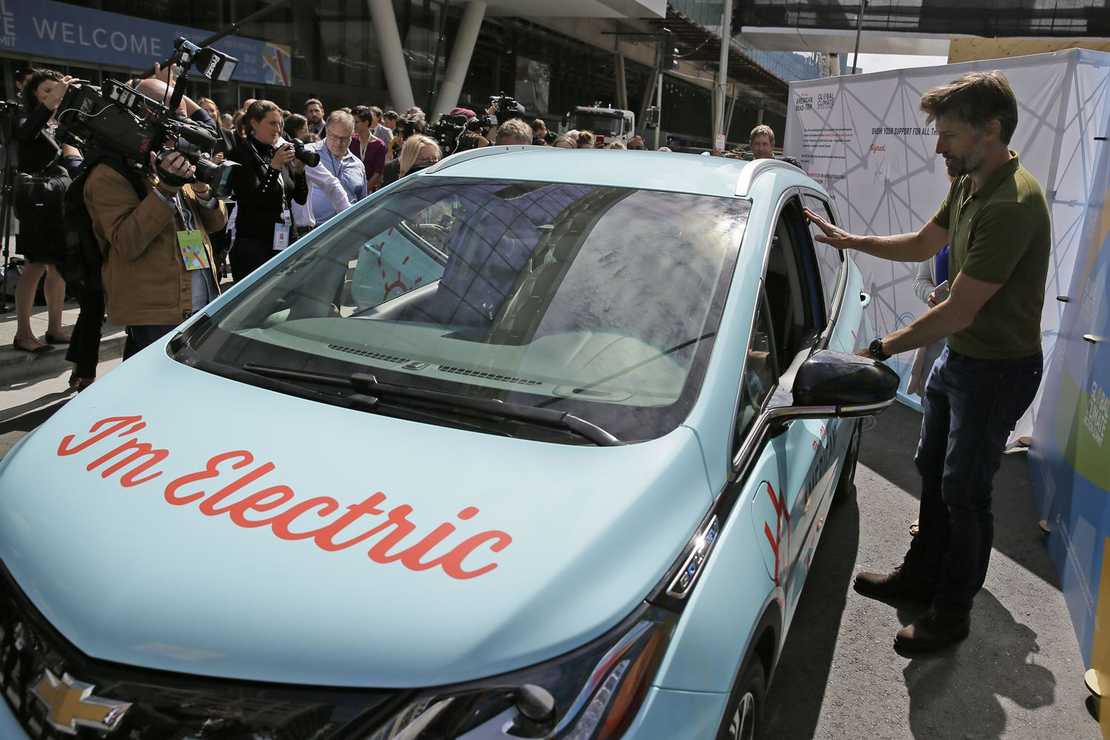 Little shock that the same Inflation Reduction Act that will cost everyone more also hikes the cost of EVs they want us to buy.

You notice you are out of duct tape, so you head to Home Depot. While there, you see a display for cordless drills at 20% off. Coming home, your wife is dismayed that you managed to drop $150 during your jaunt, but you excitedly explain to her that you managed to save thirty dollars. This is the very type of logic we saw displayed in Washington this past weekend.

After weeks of insisting to Americans how there was a need to pass the Inflation Reduction Act to ease our hardships, from the exact moment the vote passed, Democrats and the media could not stop raving about the bill. Yet somehow, not a single voice could utter the word “inflation” any longer. I guess that happens when trying to explain how hundreds of billions in new spending was going to be considered a method of saving us money.

Note all of the items touted in the bill after it passed, none of which concerned lowering the cost of goods and services; extending the ACA subsidy, prescription drugs, climate change, and more than doubling the size of the IRS. As for the price of food and other items, the intent of going after corporations with sharply higher taxes is not a move that leads to the slashing of prices, idiots.

But I will focus on one specific item to underscore the cement-head thinking that was used in crafting this farce. One of the loudest topics heard from the media is how this will monumentally shift us towards driving electric vehicles. Tax credits will be put in place for those purchasing EVs (the money for which comes from — where?) – a subsidy that does not end up lowering prices, it needs to be added. But there is a series of wrinkles to this payout that undercuts the celebration.

Those cuts are based on income, they are limited to vehicles below certain price points, and there is a restriction on the vehicle components. Recall that Joe Manchin had to be brought on board in order for this checkbook bill to be passed? One of his insisted-upon provisions is that EV Batteries be domestically sourced.

One component of the bill would require that after 2024, no vehicle would be eligible for the tax credit if its battery components came from China. Most vehicles now have some parts sourced in China.

This was an item that Manchin refused to cross off the list.

He told reporters last week that he wants automakers to “get aggressive and make sure that we’re extracting in North America, we’re processing in North America and we put a line on China. I don’t believe that we should be building a transportation mode on the backs of foreign supply chains. I’m not going to do it.”

Manchin managed to have included a mandate that EV batteries used must have 40 percent of their minerals originating from the United States or nations with U.S. free trade agreements, or with materials recycled in North America. Vehicles also need to be assembled with parts made in the US, and not contain minerals originating from any nations termed a “foreign entity of concern.” This would include China. It would exclude many EV vehicles, as a result.

The very moment the bill is signed into law, two-thirds of eligible EV vehicles will be removed from the list of those eligible for the tax credit. Next year, when the other requirements on vehicle components take effect, that list of nameplates qualifying for the full tax credit falls to zero. This means that the environmental (not inflation) bill everyone is cheering to move us into EVs will essentially make EVs more expensive.

So go ahead and cheer, Democrats and journalists, as your Inflation Reduction bill has the wording to save the planet and place every American behind the wheel of an electric vehicle. It just does not have the reality.

Days after House Speaker Nancy Pelosi enraged Chinese officials with a trip to Taiwan, a congressional delegation made an unannounced two-day visit of … END_OF_DOCUMENT_TOKEN_TO_BE_REPLACED

Welp, now it’s getting really interesting, America. “It,” of course, being the FBI raid on Donald and Melania Trump’s private residence at Mar-a-Lago. … END_OF_DOCUMENT_TOKEN_TO_BE_REPLACED

Levi Strauss & Co. heir Dan Goldman has reportedly thrown millions of dollars from his own … END_OF_DOCUMENT_TOKEN_TO_BE_REPLACED

EAGLE PASS, Texas — Within the course of a few short hours, nearly 700 migrants waded across the Rio … END_OF_DOCUMENT_TOKEN_TO_BE_REPLACED

President Joe Biden rode his bike in front of reporters again on Sunday, this time peddling along … END_OF_DOCUMENT_TOKEN_TO_BE_REPLACED

I remember asking early on in the pandemic, “if masks and lockdowns work so well, why aren’t they, … END_OF_DOCUMENT_TOKEN_TO_BE_REPLACED

The older brother of a U.S. Marine who was killed during the tumultuous U.S. withdrawal from … END_OF_DOCUMENT_TOKEN_TO_BE_REPLACED

One person is dead, and 17 others are injured after a driver crashed his vehicle into a crowd of … END_OF_DOCUMENT_TOKEN_TO_BE_REPLACED