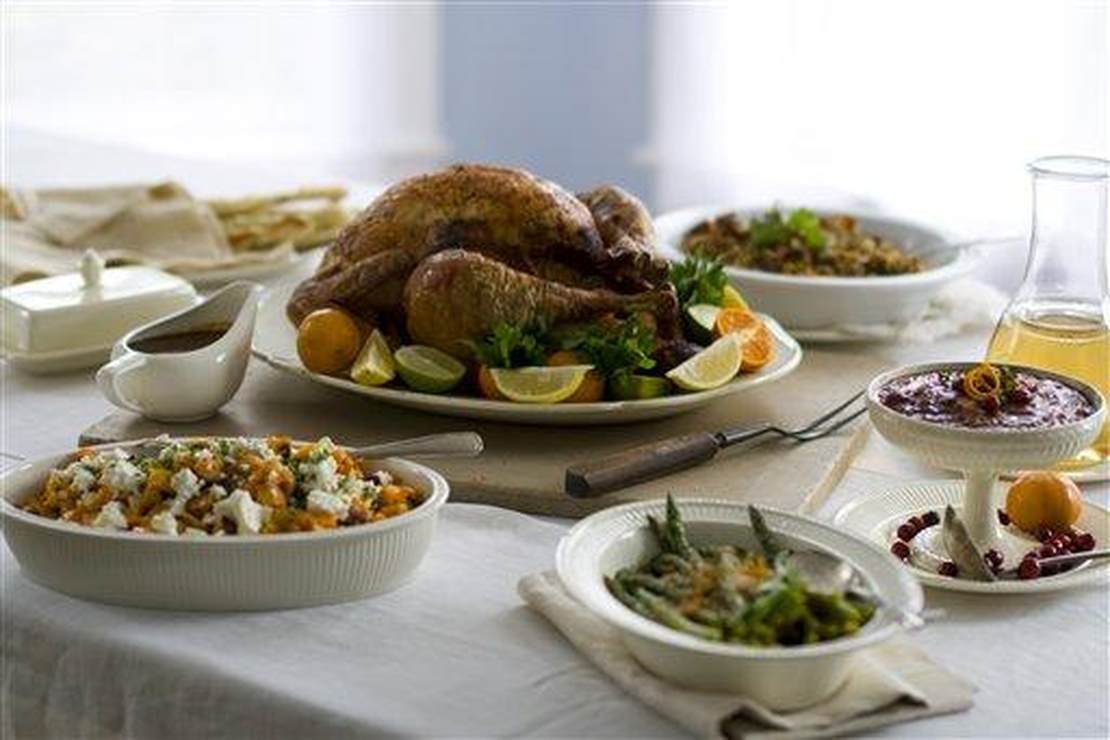 It reads like a parody, but sadly it’s not. A Washington Post column titled, “the climate impact of the Thanksgiving meal might surprise you” was actually printed (on paper, mind you—have they no decency?) and tries to ruin your holiday by reminding you that you’re killing the planet by not serving kale-only dishes.

Perspective: The climate impact of the Thanksgiving meal might surprise youhttps://t.co/UbPZGcTTqC

That cookie or pie or whatever it is looks like its carbon imprint must be off the charts. Just sayin’.

“I know, I know, nobody wants to put ‘climate’ and ‘Thanksgiving’ in the same sentence,” food columnist Tamar Haspel writes. If she knew that, why did she keep writing? She’s absolutely correct—nobody does want to hear those two words together. What we actually want to do is enjoy a good meal and give our thanks to God for all our blessings.

But no, let’s count our carbon output instead. On a planet that now has a population of 8 billion people, surely our food choices will have a larger impact on the climate than say, China, where half the globe’s new coal plants are being built. If I pass on that burger for lunch, might the world last an extra year?

This tweeter has an estimate for his climate emissions this Turkey Day:

Let me guess a thousand times more than flying a private plane to a climate change conference.

Haspel at least brings some cheer; our turkeyfest won’t be quite so terrible as that dreaded Independence Day grilling:

I’m here to tell you that the news is good. The mainstays of the meal are poultry and plants, which make Thanksgiving a much more climate-friendly holiday than, say, the burgerfest that is the Fourth of July.

Oh thank heavens. But it gets even better:

On the beef-pork-poultry axis of meat, poultry has the lowest greenhouse gas emission levels…

Poultry, in general, has about one-seventh the impact of beef (on a per-calorie basis). A turkey’s footprint is going to be somewhat higher than a chicken’s because it’s slower-growing, which means a turkey needs more feed and more time to get to table weight, but it’s still a good choice.

I am duty-bound to mention that venison is an even better one; that’s what goes on my Thanksgiving table in years when I’ve gotten a deer.

Wait, what?! “Gotten a deer?” That almost sounds like she’s a….hunter? Not going to lie— I was not expecting that. She links to another of her articles which describes the climate benefits of eating venison. “The catch, of course,” she points out, “is that you have to kill a deer.”

I admit to assuming she must be an anti-gun progressive holed up in her closet counting her carbon emissions, but boy was I wrong:  “So think about getting your hunting license,” she writes. “Our world could be the better for it.”

The article goes on to explain that oysters, used in stuffing, have a low climate impact. That’s good to know, but to be honest, I never associated oysters with Thanksgiving. On the subject of cranberries, she’s less sure but likens their impact to that of blueberries. She’s thumbs up on cornbread, but seems concerned about green beans because they’re not “quite as environmentally friendly as root vegetables.”

They won’t even allow you to enjoy Thanksgiving without trying to make you believe you’re destroying the planet. https://t.co/oOO0kVUvUA

Pecan, pumpkin, and apple pies all fall into the “good” category because the trees the fruits grow on don’t have to be replanted every year. They might not be great for your health, but they’re climate-friendly, so have at ’em.

My not-so-secret is, I don’t like a lot of vegetables; my wife calls me a “meatatarian.” If you want to see me turn green, hand me the brussels sprouts.

Thanksgiving is a time to revere our families, say our prayers, and celebrate life. It is not a time to count our climate emissions output and be lectured to about our deadly diet. It seems I’m not alone in my opinion; according to Breitbart, the author claims she’s received more hate mail for this article than any she’s written in her career.

I certainly don’t hate her—she seems like a nice albeit quirky lady, to be honest—but I will unashamedly enjoy my family’s big fat turkey, and maybe some pork, and I will quietly avoid the kale and the squash, and I will enjoy it.

Maybe I’ll even throw a burger on the grill.

Florida woman Amanda Ramirez is suing Kraft Heinz Foods Company after her cup of microwavable macaroni and cheese took longer than 3.5 minutes to be … END_OF_DOCUMENT_TOKEN_TO_BE_REPLACED

China has been locking its citizens down for over two years under its zero-COVID policy, and it's becoming more and more clear that this isn’t just … END_OF_DOCUMENT_TOKEN_TO_BE_REPLACED

Famed comedian Jay Leno has struck again, but this time, no one's laughing. At least not heartily.As he has regularly for the last three decades or … END_OF_DOCUMENT_TOKEN_TO_BE_REPLACED

A recent report by CriticalRace.org found that 58 of the top 100 medical schools in the United … END_OF_DOCUMENT_TOKEN_TO_BE_REPLACED

Shelby County is a speck of blue in ruby-red Tennessee; one of just four counties to vote for … END_OF_DOCUMENT_TOKEN_TO_BE_REPLACED

Who knew that the free press was so anti-free speech? I mean, I guess we all did to some extent, but … END_OF_DOCUMENT_TOKEN_TO_BE_REPLACED