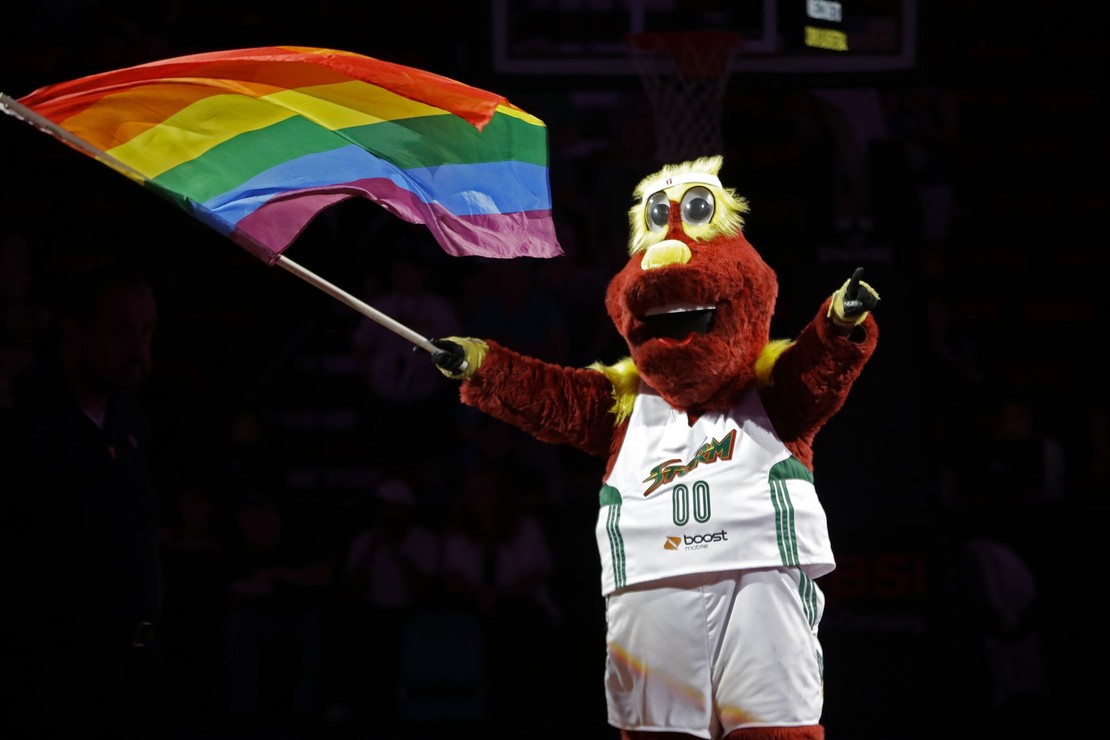 In sports, biology has been substantially replaced by “gender.” Therefore, in women’s athletics, players may participate by way of identity.

But what if one’s identity is conventionally Christian?

Such a question came up this weekend in North Carolina. Concerning uniforms, the state’s National Women’s Soccer League franchise made an ideological choice. Friday night was “Pride Night,” and the Courage’s attire was made to match.

A shirt-showing team tweet announced, “Thank you to @TheFreshMarket for supporting us on Pride Night…and for your valued partnership with the club!”

Thank you to @TheFreshMarket for supporting us on Pride Night (and always) and for your valued partnership with the club! #CourageUnitesUs | #ThisIsTheFreshMarket pic.twitter.com/89Fg7YgF5j

But one player didn’t like the dress: Jaelene Daniels, 29, refused to emblazon her chest with the Rainbow. Subsequently, she was sidelined.

The team released a statement prior to the game:

Jaelene will not be rostered tonight as she has made the decision to not wear our Pride jersey.

They respected her right to forfeit eligibility:

While we’re disappointed with her choice, we respect her right to make that decision for herself. We’re excited to celebrate the LGBTQIA+ community with our fans, players and staff tonight and look forward to hosting our first ever Pride Festival before kickoff.

To be clear, Pride Night isn’t only an annual occurrence. From ESPN:

Friday’s game took place as part of the Courage’s Pride Night celebrations and also featured a pregame Pride festival in partnership with Harmony: NC LGBT+ Allied Chamber of Commerce and the LGBT Center of Raleigh.

A similar observance was promoted earlier this month on VisitRaleigh.com:

The [coalition] will host a Pride festival on Friday, July 15 from 5-7pm, ahead of the Courage’s match against Angel City at 7:30pm. The festival will take place at WakeMed Soccer Park and will feature local LGBTQ+ and LGBTQ+-friendly businesses, artists and entertainers, as well as kid-friendly activities. …

During the Courage’s Pride match against Angel City on July 15, NC Courage players will wear Pride jerseys, in addition to Pride pre-match tops prior to the game.

NC Courage Pride jerseys, as well as both Courage and NCFC team-specific Pride t-shirts and scarves, will be available for purchase online and in-stadium throughout the year, with proceeds going towards the LGBT Center of Raleigh.

Back to Jaelene, this isn’t her first time to occupy an opposing cultural space. Fox News notes she balked at playing for the women’s international team in 2017. The issue at the time: a Pride jersey.

Despite that controversy, NC Courage re-signed her in December of last year. Critics tore at the team, which in turn replied:

In response to the recent news of re-signing Jaelene Daniels, we as a club acknowledge the impact this announcement has on our community. We’ve spent the past few days reading your messages and reflecting on our actions. We are very sorry to all those we have hurt, especially those within the LGBTQIA+ community.

The decision to re-sign Jaelene was not made lightly and included significant conversations between organization leadership and Jaelene. The priority expressed in those conversations is the safety of our players and maintaining an inclusive, respectful space for the entire team.

Jaelene posted an online letter indicating her love and respect:

“I remain committed to my faith and my desire for people to know that my love for them isn’t based on their belief system or sexuality. I pray and firmly believe that my teammates know how much I cherish them, respect them, and love them.”

The athlete doesn’t appear to have spoken publicly about Friday’s ordeal, but she keeps a tweet pinned to the top of her Twitter page.

“If you live for people’s acceptance, you’lll die from their rejection.”

Jaelene punctuated the reference with “Unashamed.”

“If you live for people’s acceptance, you’ll die from their rejection.” – @lecrae

America is in the midst of a seismic shift: There long existed the idea that “everyone’s entitled to their opinion.” To whatever degree it remains true, the implications have evidently changed.

It appears the notion of tolerance has migrated to expectations of participation. And words such as “courage,” it seems, are now powerfully linked to America’s new virtue of Pride.

A Puppet’s Rebuff Is Appraised: Sesame Place May Soon Owe $25 Million for Racism

The White House announced that, finally, Joe has beaten back COVID. Again. I think this was his 12th rebound from being COVID negative. For the media … END_OF_DOCUMENT_TOKEN_TO_BE_REPLACED

The Partisan Playbook AP Photo/J. Scott Applewhite The Senate is working overtime this weekend to pass the $433 billion spending bill known as the … END_OF_DOCUMENT_TOKEN_TO_BE_REPLACED

Shower rooms have changed a bit. So have Christian associations. In Port Townsend, Washington … END_OF_DOCUMENT_TOKEN_TO_BE_REPLACED

Unbelievable? Nope. Not in the least. A Jewish group at the liberal City University of New York … END_OF_DOCUMENT_TOKEN_TO_BE_REPLACED

Former Hawaii Democrat congresswoman Tulsi Gabbard, who, in one of the greatest presidential debate … END_OF_DOCUMENT_TOKEN_TO_BE_REPLACED

John Harwood, the Democratic representative from CNN, is attacking Marco Rubio for calling the … END_OF_DOCUMENT_TOKEN_TO_BE_REPLACED