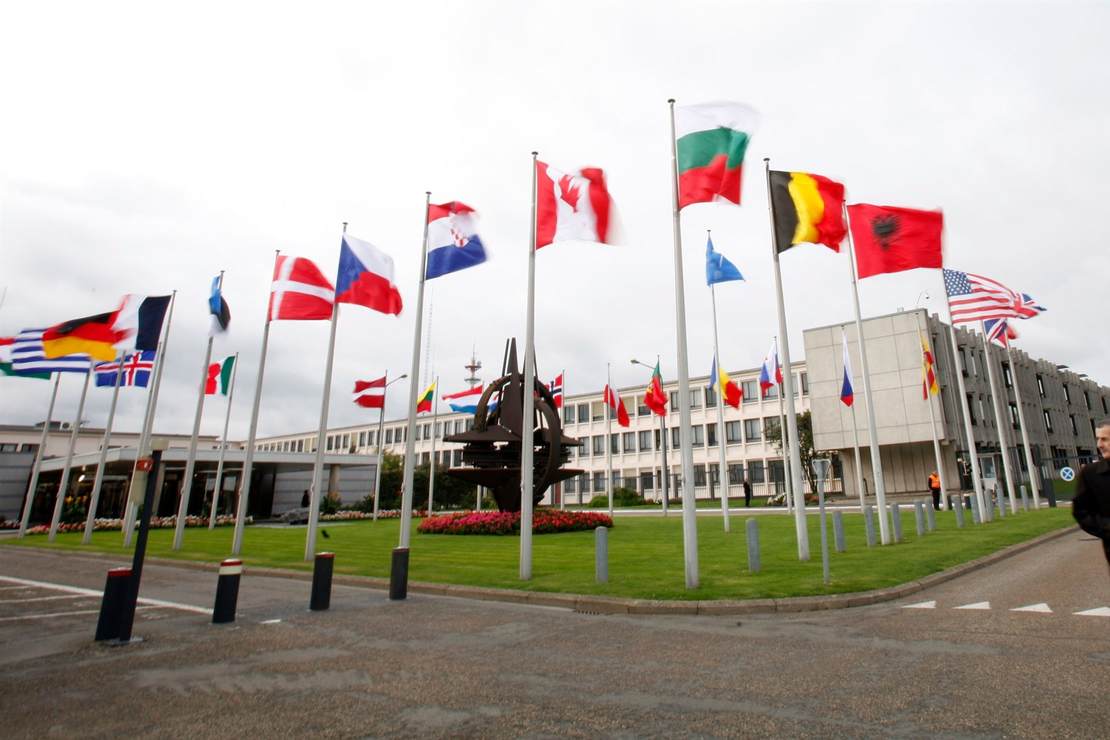 Joe Biden said in his angry post-Roe speech that America was now an “outlier” in the modern world due to our abortion laws. The problem is, that’s not true—or at least not in the way he meant it. While he clearly meant that our laws were way more restrictive than most countries, the only real way that we’re an outlier is that our laws are often looser.

Said Biden Friday in his remarks at the White House:

According to Fox News though, European nations largely have abortion laws that are similar to those supported by Republican-led state governments.

Let’s look at some those countries: In Poland, abortion is only permitted in cases of rape, incest or when the mother’s life is in danger. In Ireland and Germany, abortion procedures are banned in the majority of cases after 12 weeks, Italy after just under 13 weeks, and France, Austria and Spain after 14 weeks.

Note that the Mississippi case the Court decided on, Dobbs v. Jackson Women’s Health Organization, concerned a ban after 15 weeks. Not so different after all.

North Korea, China, and Vietnam, meanwhile, allow abortion past 20 weeks. Great, we want to be just like autocracies like North Korea and China which aren’t exactly known for valuing human life.

This is an interesting thread. The Dobbs decision was about a law that restricted elective abortions at 15 weeks. Limits for the countries in this thread:

“Upholding laws restricting abortion on demand after 20 weeks would situate the United States closer to the international mainstream, instead of leaving it as an outlying country with ultra-permissive abortion policies,” the Charlotte Lozier Institute, a pro-life group, stated in 2014.

The (Supreme Court) ruling eliminates the national right to an abortion, which puts the U.S. at odds with other developed nations, including the other six G-7 nations, most of which have laws or court rulings that provide for abortion access on a national basis, though with restrictions. The U.S. ruling does leave in place state laws that permit abortion.

There are a couple of problems with this analysis. One, Politifact makes the “mostly true” statement after sharing a long list of restrictions that other countries have in place, similar to the list I wrote above. So how are we an outlier? Two, unlike most European nations, ours is a federalist system, whereby any powers not enumerated in the constitution fall to the states. As PolitiFact notes, “the U.S. ruling does leave in place state laws that permit abortion.” In fact, states like California and New York are aiming to pass some of the most permissive abortion laws in the world. Maybe that’s where we’re an outlier.

Three, why are Leftists always pointing out that we should be more like Europe? We’re not Europe, and we don’t aspire to be. While there are some great things about it, we didn’t get to be the most powerful country in the world by emulating our friends on the Continent.

As I point out here, Biden has flip-flopped like a beached fish on abortion during his decades-long career. Nevertheless, in the aftermath of this milestone decision, Biden, Pelosi, AOC, Maxine Waters, and others are hell-bent on riling up their base and even seem to be calling for violence.

When Joe Biden calls us an outlier, he’s once again stretching the truth. Biden has always lived by the words of Mark Twain—”Never let the truth get in the way of a good story.” 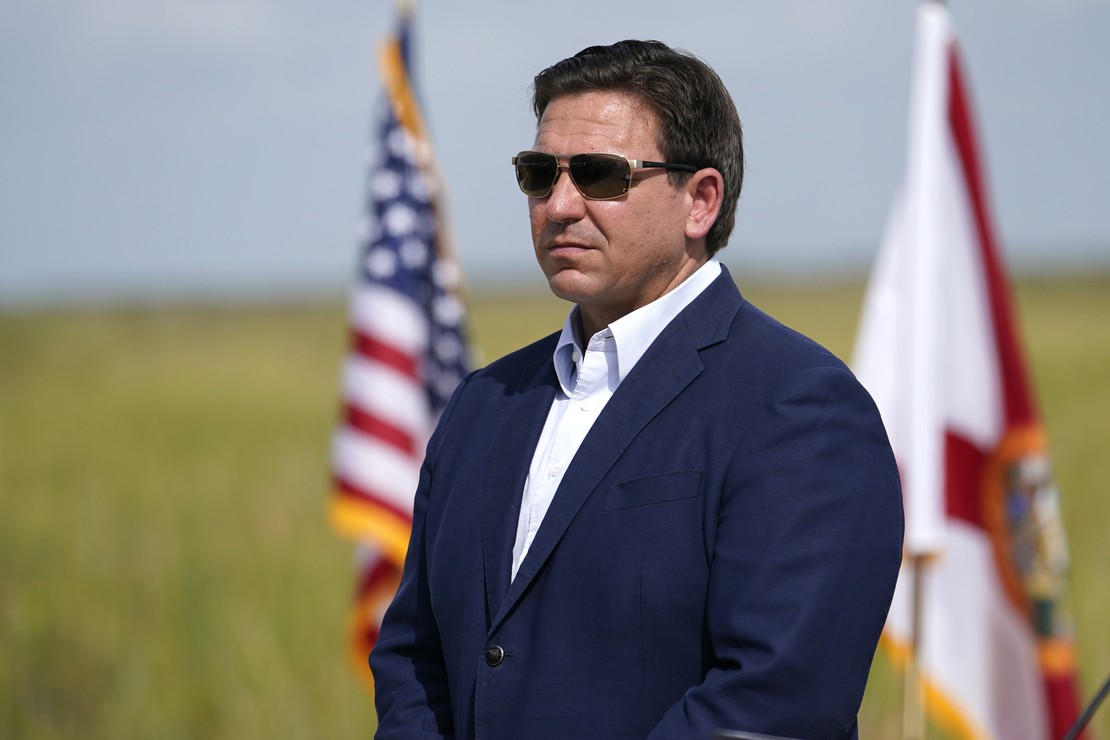 In 2021, Gov. Ron DeSantis solidified his position as the most based human being on the planet with a direct assault on those pushing COVID-19 vaccine mandates. He did so in the midst of a political environment where other Republicans were folding like wash and wear suits, noting that “we’re a free state” in Florida.

Since then, the governor’s cachet among the public has only grown as he’s taken on numerous, high-voltage issues. More recently, he won a fight to ban the sexualization of young children in public schools, an issue that put him on a collision course with Disney. The multiple-billion company likely regrets how that played out given its recent troubles.

On Tuesday, based DeSantis returned in a scathing rebuke of the Biden administration and the mainstream media’s criticism of Florida for not recommending the vaccination of infants from the coronavirus. Over the course of four minutes, the governor lit into the lies told, while standing firm in the face of even Republican complaints that he didn’t get the state involved in the distribution of the shots.

It is incredibly rare to see a GOP politician not take the easy way out, and to be sure, the easy way out here would have been to just have the state order the shots. After all, 49 other states did so, and a lot of those are led by Republicans. Instead of following the pack, though, DeSantis correctly stated that the data does not back up giving infants and toddlers the COVID-19 vaccines, a position he’s staked out without the benefit of any cover.

That’s a deeply respectable thing to witness. Yes, because it’s rare, but also because it’s right. We should not be shooting small children up with drugs based on what amounts to societal pressure. There’s a reason, as DeSantis points out, that European countries aren’t doing so. Some have even banned the use of the Moderna vaccine because of the possible side effects.

Children enjoy a near-zero statistical risk from COVID-19, and certainly, that should play a role in determining public policy. For DeSantis it has, and he’s following the facts when most won’t because with real leadership comes criticism.

In his response, the governor even manages to hit Dr. Anthony Fauci, noting that he and the rest of the Biden administration rejected the idea of natural immunity for years. But now we are supposed to trust them on whether these vaccines are necessary for babies? What person in their right mind would take that stance?

But where DeSantis truly differentiates himself is that he didn’t just choose to not get the state involved in this farce. As he mentions in the clip, the State of Florida actually recommends against vaccinating small children because the data shows there is no benefit. That’s a politically tenuous position for him to stake out, but again, DeSantis cares about doing what’s right, not making the beltway happy. In the end, that’s going to pay off big time for him in November, and if I’m making predictions, it’ll pay off for him further down the road as well.

Are guns really the problem?

To hear gun control activists tell it, not only are they the problem, there’s absolutely no reason anyone should ever question this. After all, they’ll tell you, look at places like England. They don’t have the same gun crime we have. Clearly, the issue is that we don’t have enough gun control.

However, I came across an interesting Twitter thread yesterday that tried to dispel much of that notion. The whole thread was good, but there was this little tidbit:

but was it completely accurate? I decided to look up some data myself to see if this checks out. Let’s start with this study that found in 2015, the non-gun homicide rate was 1.5. For that same year, the UK’s total homicide rate was 0.99.

Now, it should be noted that the CDC doesn’t exactly make it easy to find data on non-firearm homicides. However, for 2020, they do support Moros’ numbers.

I also suggest you go and read the whole thread, because he makes some very valid points.

However, I want to focus on the UK’s homicide numbers versus our non-gun homicide rate.

See, this isn’t an apples-to-apples comparison. It’s a look our homicide rate excluding an entire weapon type–the same type of weapon we’re told is the problem–to compare to their total homicide rate and we still have a higher rate.

And that is per capita, so you can’t claim the UK’s smaller population accounts for the difference.

The problem is that Americans, for some reason, really are just more prone toward violence. We’re more likely to kill one another than the British are.

So let’s say the anti-gunner dream comes true and guns disappear from American homes. Only the military and police have them. Neither the average citizen nor the criminal class can obtain them. It’ll never happen in reality, but for the sake of argument, let’s pretend.

If that were to happen, we’d still have a homicide rate that’s higher than anywhere in Europe.

The problem is and has always been a people issue. It’s a cultural thing that we have for some reason, so it’s there that we must begin meaningful exploration. Otherwise, we’re just shifting the problem.

It doesn’t help that so many people seem to completely ignore non-gun homicides; as if they simply don’t count. I assure you, no one feels better because their loved one was stabbed to death rather than shot, but that’s how it goes.

Seriously, just do a quick search on Google for non-gun homicides and see what you find.

What’s more, numerous research organizations have pages looking at homicides involving guns, but without a single mention of non-firearm homicides.

Is it any wonder that so many people on this side of the debate are skeptical of research on this subject?

Look, this tells us something important. It’s something we all need to know and understand. Guns are a tool, but it’s the tool using it we need to focus on. Much as gun control proponent roll their eyes at the statement, it really is people who kill people.

If we were to focus more of our attention there, we might actually be able to do something about the problem.

Instead, we’re focused on restricting guns without considering the broader implications.

Welcome back. Let’s do a roundup of what the situation looks like 128 days into Vladimir Putin’s 72-hour Special Military Operation against … END_OF_DOCUMENT_TOKEN_TO_BE_REPLACED

Does Joe Biden care about struggling Americans who are watching their paychecks disappear at the pump? On CNN, such a question was put to Biden … END_OF_DOCUMENT_TOKEN_TO_BE_REPLACED

With the overturning of Roe v. Wade and the nuking of the non-existent “constitutional right” to … END_OF_DOCUMENT_TOKEN_TO_BE_REPLACED

In our modern era, everything is political. Case in point: the Bank of Scotland’s Halifax bank. … END_OF_DOCUMENT_TOKEN_TO_BE_REPLACED