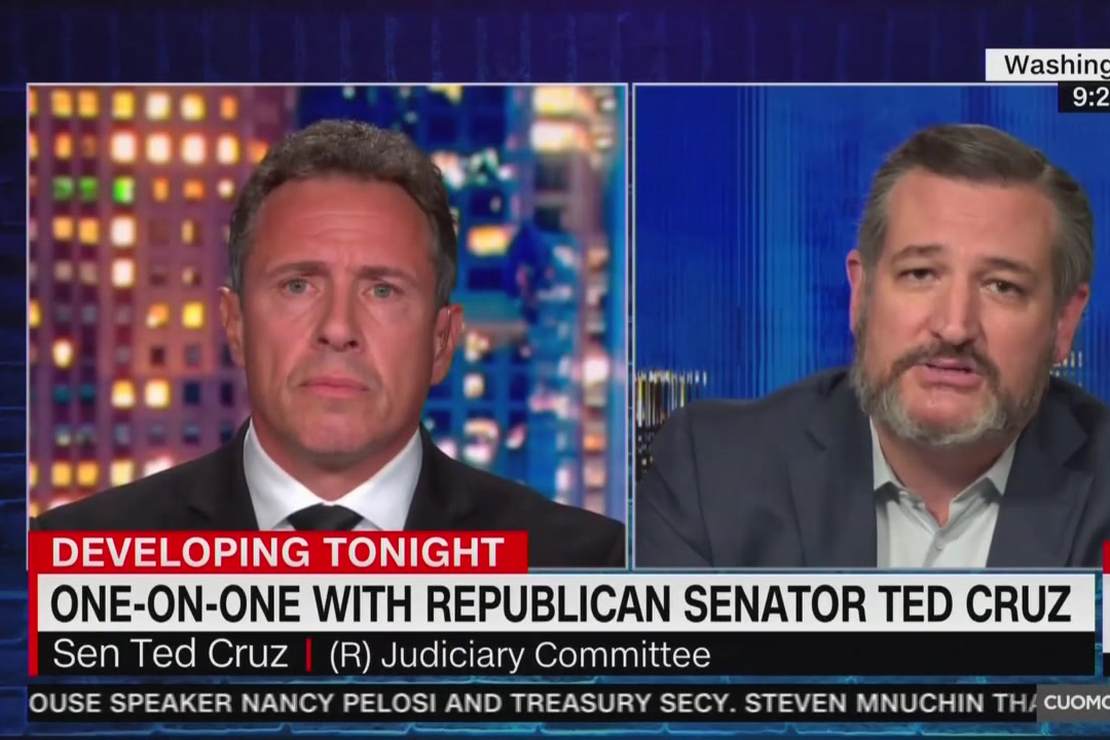 Bill, of course, is right. Taps was long-ago played for American news.

From broadcast desks for decades, objectivity was dryly doled; dispassionate delivery of data allowed audiences to gather facts. But these days, the nation’s “news” is flash and fluff. Program personalities sling points of view like diner-grade hash. And it doesn’t make for a well-balanced diet of information. Modern news is more rhetoric than reporting, more light-catching lip gloss than enlightenment.

But Bill pointed to a network that was poised to put things right:

“CNN was supposed to be the middle.”

“Is that possible,” Maher asked, “…to have the one place [for objective news]?”

Chris met the question with a question:

“First of all, that’s called your show, right?”

If I may say so: Not even close. Democratic comedian Bill won’t soon be summoning his inner Ted Koppel.

If Chris views Bill’s weekly remarks as free of opinion, that might suggest the man is stuck in a blue-state bubble.

Then again, he endorsed openness:

“I believe the majority of people in this country…have open minds and open hearts. They’re not about party; they’re about respectful conversation. And…you can disagree. … And you’re open to the idea that maybe they know something you don’t. … [I]n America…we’ve got to care about each other… You can’t just be out for yourself. … [I]t’s this toxic twosome. Everyone’s been forced to the fringe and to pick a team. … Our politics is not supposed to be that.”

Portrait of the middle lane:

“Show me where it says that protests are supposed to be polite and peaceful?” – Chris Cuomo, June 2 2020

As for CNN’s prejudice, the company isn’t culpable; audiences want to see a partisan game played:

“You can’t expect the men and women in the media to not play a game that everybody else is playing. You are watching because of the game. … [T]hey’re supposed to somehow break away from that when it’s what you want? When it’s what resonates with you? No.”

There’s certainly an audience for non-neutral content. But perhaps the Cable News Network could drop its middle name.

Either way, Chris is set on serving up old-school objectivity.

“That’s why I’m doing The Chris Cuomo Project,” he explained of his podcast. “I believe people do want an alternative.”

Those aching for a double dose of alternative can soon tune in to the NewsNation network: Chris has announced his triumphant return to TV.

‘Unashamed’: Christian Soccer Player Gets Benched for Refusing to Wear an LGBT Jersey

A California woman was attacked by a stranger with a hammer and was shot in the face before he tried to abduct her 10-year-old daughter, police … END_OF_DOCUMENT_TOKEN_TO_BE_REPLACED

GOP Leadership in the House has responded forcefully to the FBI raid of Mar-a-Lago, with GOP leader … END_OF_DOCUMENT_TOKEN_TO_BE_REPLACED

It was certainly shocking news to hear on Monday that the FBI was raiding Mar-a-Lago. There was more … END_OF_DOCUMENT_TOKEN_TO_BE_REPLACED