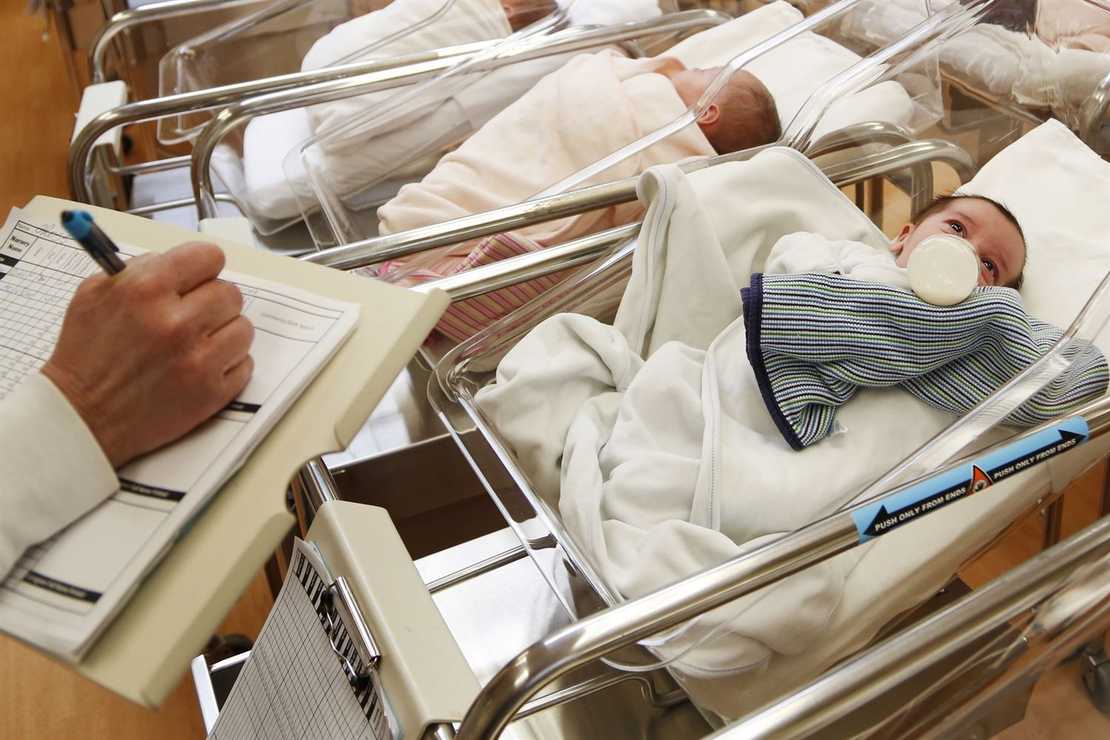 The illogical “logic” of the left is a sight to behold. From efforts to ban Second Amendment rights of law-abiding gun owners because evil people commit evil acts with guns; to preaching tolerance and inclusion to the rest of us, while leftists themselves are among the most intolerant group of people on the planet; to the Democrat Party’s claim to be the party of children, while fervently supporting on-demand abortion until birth.

In the aftermath of the Supreme Court’s June announcement of its decision to overturn Roe v. Wade, self-proclaimed “Leftist” Ren Brabenec made headlines for suggesting that “preventing unwanted pregnancies” could be achieved with legislation mandating vasectomies for all males once they reach puberty. Prior to such vasectomies, the left-wing gadfly said, “young men can donate to sperm banks, preserving their seed for future child-rearing.” (Somewhere, George Orwell continues to say “I told you so.”)

Turns out Brabenec was just getting started. As reported by The Blaze, Brabenec argues in another op-ed that if abortions are prohibited, women should be paid by the government to bear children.

Before we continue, let’s remember that despite the left’s histrionics, the overturn of Roe did not prohibit abortion; rather, it returned authority to the residents of the states and their elected representatives to decide each state’s abortion-related issues.

In an opinion piece titled A government that forces birth must pay women for their labor, Brabenec writes, “Human capital is the economy’s most valuable asset,” adding: “If the government forces women to produce it, it must pay them.”

If the government now intends to force women to produce human capital, shifting motherhood from a voluntary act to a compulsory one, the government must pay women for this service. And they must pay mothers well beyond the going welfare rate. Women forced to produce the economy’s most valuable asset deserve at least the salary of the average American worker.

The U.S. has long acknowledged that compelling human beings to perform labor requires compensation (at least when it’s men doing the labor). During the draft, the government recognized that forcing men to put their bodies in the line of fire required a fair salary. And in all but eight states, even the inmates are paid for their labor.

Crazy? It gets worse, as Brabenec laughingly attempts to build a constitutional case for U.S. taxpayers paying women to have babies.

Per our Constitution, women cannot be compelled to perform labor (carry a pregnancy to term), and they cannot have their property (uterus) seized by the state to produce human capital. But if this is to be the new normal, thanks to the U.S. Supreme Court’s blindered reading of American history, the government must step up and compensate women.

Prohibiting on-demand abortion until birth, if a state’s elected lawmakers decide to do so, is not compelling a woman to perform (uncompensated), or controlling property; it is protecting from murder the most vulnerable among us who cannot protect themselves. The notion that a woman’s uterus is “property seized by the state to produce human capital” tops the Planet Looney Tunes chart as truly bizarre.

Roe v. Wade pulled countless women up the economic ladder. The ability to delay motherhood by legal access to abortion meant women could finish college, spend more time in the labor force and work in higher-paying occupations before becoming mothers. With Roe gone, if the government intends to forcibly rescind the human right to an abortion and invite the personal economic disadvantages that will follow, it must pay up.

Brabenec “forgets” the part about no one forcing a woman to get pregnant.

Pregnancy is a choice a woman makes, either willingly or unwillingly by failing to responsibly practice birth control — including decisions made by her partner. To be clear, I am not including in my argument cases rape or incest, or cases where the would-be mother’s health is in danger, as most states — even those with the strictest abortion laws in the country — also take into consideration.

If America’s vocal minority intends to move our society away from a democracy founded on human rights, and if this minority intends to flirt with a brand of evangelical authoritarianism that would force births and strip the bodily autonomy of 51% of the population, the least the government can do is compensate mothers.

Prior to writing this article, I had never heard of Ren Brabenec. I assume that is also the case for most readers. So my usual disclaimer is called for: Brabenec might be irrelevant but his opinions are not — in the larger sense of leftist groupthink. As is often the case with the mindset of the left, if you (third person) screw up, solely through actions or inactions of your own making, it is somehow the responsibility of the federal government — hardworking U.S. taxpayers — to pay for your mistakes.

This is total nonsense, of course. We are individually responsible for our own actions.

No amount of leftist groupthink will ever change that moral reality.

Our first real glimpse of First Lady style and grace was marketed by Jackie Kennedy and the Kennedy machine. Visual media was becoming an important … END_OF_DOCUMENT_TOKEN_TO_BE_REPLACED

Depending on who you ask, Sen. Marco Rubio is either cruising to reelection in Florida or he’s in a hotly contested race with Democrat Val Demings. I … END_OF_DOCUMENT_TOKEN_TO_BE_REPLACED

Buying any kind of property, sight unseen, always carries a high risk, and one New Zealand family has learned that lesson the hard way.The unnamed … END_OF_DOCUMENT_TOKEN_TO_BE_REPLACED

The head of recruitment for the United Kingdom's Royal Air Force, a senior female officer, has … END_OF_DOCUMENT_TOKEN_TO_BE_REPLACED

The Tasmanian tiger was a marsupial declared extinct in the 1930s. If one Dallas-based company has … END_OF_DOCUMENT_TOKEN_TO_BE_REPLACED

Dodge has announced a “last call” for its Charger and Challenger models, as the company is … END_OF_DOCUMENT_TOKEN_TO_BE_REPLACED

San Francisco police identified children ages 11, 13, and 14 as suspects in the brutal beating and … END_OF_DOCUMENT_TOKEN_TO_BE_REPLACED