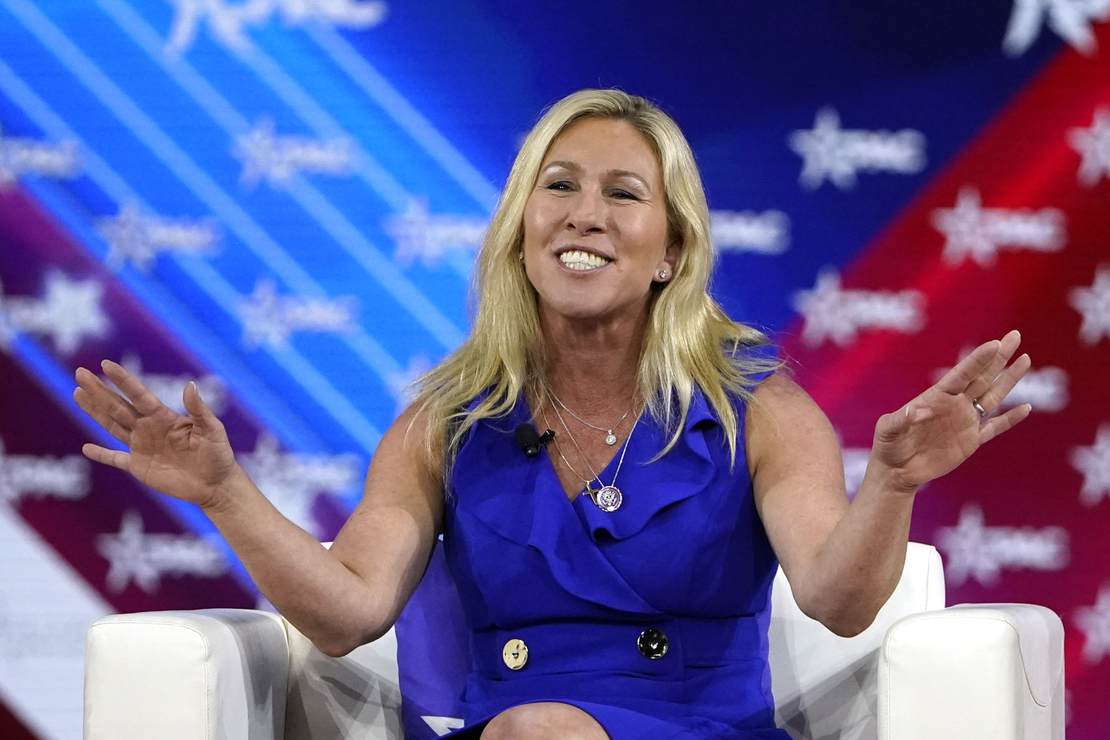 Just after writing a piece about how self-unaware progressives are still doubling down on the “everyone I don’t like is a Nazi” strategy, I logged on to Twitter to see what’s going on. When I went to the “trending” section, I saw that #MarjorieNaziGreene was on the list, with about 9,000 tweets of this hashtag.

It appears the trend was started by progressive writer and TDS-sufferer Tara Dublin, who frequently engages in this type of stupidity. On Thursday, she started her campaign, tweeting incessantly about Rep. Marjorie Taylor Greene (R-GA) using the hashtag. A slew of lefties joined in, signaling their virtue by pretending Greene is down with Der Füh·rer. In one post, she wrote:

We got #MarjorieNaziGreene trending! #ThisJew couldn’t be more proud of all of you 😈 @RepMTG

We got #MarjorieNaziGreene trending! #ThisJew couldn’t be more proud of all of you 😈 @RepMTG pic.twitter.com/LodEjwxiYr

Here are some other tweets from other leftist weirdos using the hashtags:

When you repeat rhetoric from the Nazi Regime in America as a Congresswoman, attacking everyone that is not an extremist, with complete nonsense, attack science and common sense, using hate & division to become a Christian nation, it makes you #MarjorieNaziGreene #trumpcult pic.twitter.com/GVkKljqoC0

I also know that #MarjorieNaziGreene spreads dangerous conspiracies about Monkeypox to all of her radical supporters. I called it out yesterday, and was attacked by MAGAs for making this podcast. We are over the target. Listen to this deep dive on Greene: https://t.co/d7IYuVbE6G

Clearly #MarjorieNaziGreene is no Christian. Nothing she does reflects the teachings of Jesus. pic.twitter.com/iwnZrYHiIx

Dublin has posted so many obsessive tweets with the hashtag since Thursday that I can’t even count them all. This level of fixation should make one worry about her mental stability.

The writer hurled all kinds of invectives at Greene, calling her a “Nazi Gun Groomer pedo sympathizer,” a “seditious Nazi,” along with a bunch of other unoriginal names in other unhinged tweets. But it was this tweet that encapsulated what Dublin is doing here. She wrote: “#ThisJew always fights Nazis like #MarjorieNaziGreene”

This is the type of virtue signaling that these folks do to make it appear as if they care about racism, sexism, and all the other types of bigotry they want us to believe they are fighting. It’s their way of saying “Hey, look at me! I’m a good ally! Let’s save black and brown people from Nazis!”

But what they don’t realize is that this type of silliness only works on people who already believe what they believe. Dublin and her ilk aren’t persuading anyone in the middle with this display – she is only appealing to people like herself.

In fact, calling everyone Nazis has become off-putting and ineffective. Nobody actually believes Greene is a Nazi – including Dublin herself. Progressives just like to exploit the Nazis and their atrocities to score cheap political points. It doesn’t matter to them if they are demeaning the severity of the Holocaust just to attack people who disagree with them politically. To them, Hitler, Nazis, and Fascism are just another political weapon to be wielded against their opponents, nothing more, nothing less.

But hey, if they want to push more people away from their cause, who are we to stop them?

On Monday evening, the FBI took the unprecedented step of raiding the home of former President Donald Trump. What were they looking for? … END_OF_DOCUMENT_TOKEN_TO_BE_REPLACED

Nebraska Gov. Pete Ricketts, a Republican, issued a statement on Monday announcing that due to a … END_OF_DOCUMENT_TOKEN_TO_BE_REPLACED