What does a multinational corporation do after dropping a small fortune to sell at an event only to find your product is banned? For one American brand, this challenge has foamed to the surface at the World Cup.

After years of controversy surrounding the host country of Qatar, from the implications of corrupt influence to being granted the right to host the World Cup to the dozens of deaths occurring in the bid to get stadiums built in time, the games are taking place this week. Amid the attempt at hyping the tournament one of the bigger stories to emerge from the games already has been the Muslim nation imposing restrictions on a regular basis.

That there is an oppressive religious rule in the nation is a known reality, and it is with more than a dose of amusement to see one MSNBC pundit attempt to imply that the United States has a worse record on human rights than the host nation. Seriously, Ayman Mohyeldin tries to suggest that the US has at least as worse of a record of human rights violations.

I wonder if any of these European and American commentators and pundits grandstanding about human rights will call for the U.S. to be stripped of hosting part of the 2026 World Cup for the way elected leaders and our judicial system have rolled back reproductive rights, moved to ban the word “gay” in public schools along with banning books.

Uh-huh. A nation wantonly hostile towards Jews treats women as proprietary second-class denizens, and criminalizes homosexuality with jail time is considered on equal footing with our country because a law was reverted back to the states and we do not want 1st graders reading sexually provocative books. But as hollow as this argument goes the actions of the government are all that is needed to dispel the desperation.

In the past weeks, as the country is set to host an influx of international visitors, the government of Qatar has decreed that Jewish tourists are forbidden from practicing their faith. Also, it was announced that no pride representations would be permitted in stadiums, something that some attendees at an event in a militantly devout nation were surprised to discover.

Just now: Security guard refusing to let me into the stadium for USA-Wales. “You have to change your shirt. It’s not allowed.” pic.twitter.com/TvSGThMYq8

Now comes yet another edict from the Qatar leadership – they have forbidden beer sales inside the stadiums. Some have tried to wave away from this newest restriction (“If for 3 hours a day you cannot drink a beer, you will survive,” said FIFA President Gianni Infantino.) But there is another matter, and that is corporate involvement. The global brewer InBev shelled out a significant amount for the exclusive rights to make Budweiser the official beer of the World Cup. The rights for the longtime advertising partner were paid out for $75 million, and now plans have been significantly altered during the coming weeks.

After a now-deleted social message of, “Well, this is awkward…”, the brewer issued a more formal response as it is facing a shifting landscape of opportunity on site after the stadium ban was enforced.

“As partners of FIFA for over three decades, we look forward to our activations of FIFA World Cup campaigns around the world to celebrate football with our consumers. Some of the planned stadium activations cannot move forward due to circumstances beyond our control.”

What is now permitted are beer sales in some fan festival sites near stadiums for three hours prior to kickoff, and one hour following the games. What will be the thorny result is how much of a burden for such action will be absorbed by the brewer, or if there was a contractual contingency in place, meaning FIFA might have some set-asides or make-good compensation requirements. There will be some logistical issues, as copious amounts of the beers branded for the tournament were in place well ahead of the events.

In truth, the impact on the country would not be too significant for the beer company. While past World Cups have seen the brewer enjoying an increase in sales within the host nation, Qatar’s restrictions would mean a limited scope of market growth. What has been the case is In Bev using a number of brands in its portfolio to promote heavily in other countries, an estimated 70 of such targeted nations. Branding and World Cup logos are prominent in its global rollout.

But the lingering question remains: What of the glut of unconsumed beer that will result at the eight stadiums in Qatar hosting soccer matches? The beer company has made the announcement that it has pledged an unsold lot of beer to be sent to the country that wins this year’s World Cup. As sizeable a stockpile as it appears, there will be many decisions needing to be made as to how they will make this happen.

New Day, New Tweet. Winning Country gets the Buds. Who will get them? pic.twitter.com/Vv2YFxIZa1

There is zero doubt that Qatar was awarded the World Cup out of corruption and bribes. 12 years ago Qatar, a tiny wisp of desolate desert that 99 percent of Americans couldn’t locate on a map, and with summer temperatures that top 115 degrees, was awarded the 2022 World Cup over the United States. It had no venues in 2010 so it brought in “workers” to build them. Once those workers entered the desert kingdom, they had their passports confiscated and couldn’t leave Qatar until the stadiums were completed. The stadiums were built and the bodies buried. Like it or not, the World Cup is the most popular international sporting event and easily the most corrupt and corruptible.

What does oil money buy? A World Cup. 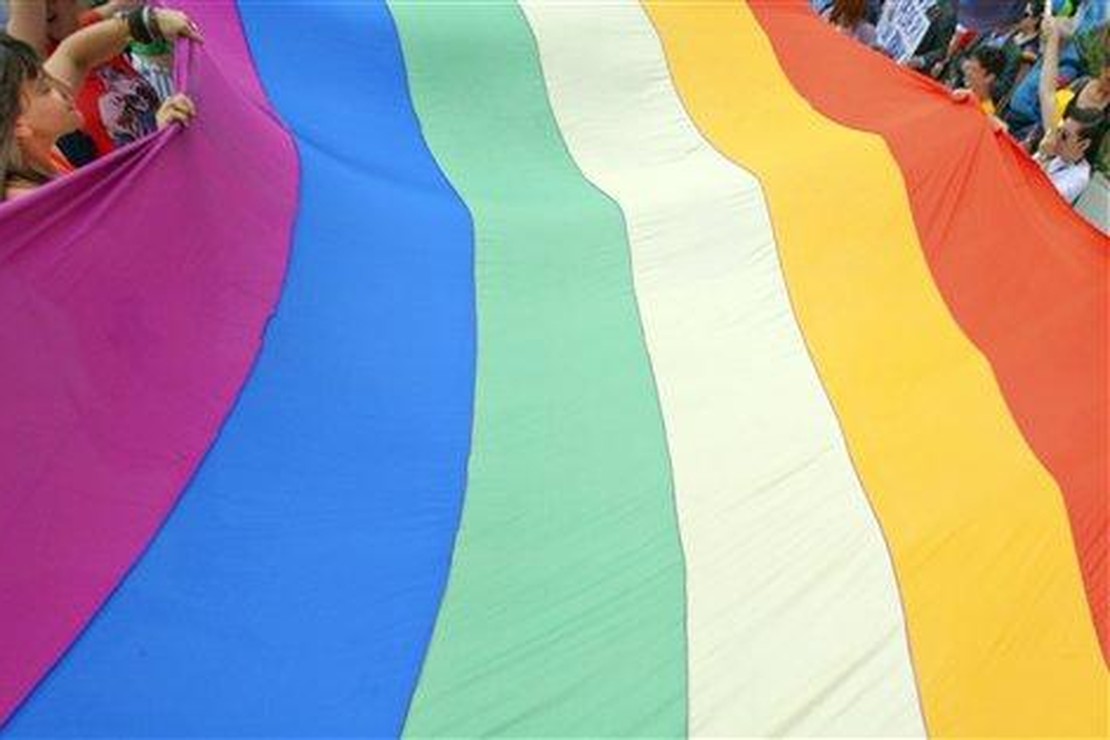 With the start of soccer’s preeminent event, the World Cup, less than a week away, the U.S. men’s national team seems less concerned with winning than with making unnecessary political statements. The Daily Mail reports that “the United States’ men’s national team have made a huge statement at the World Cup in Qatar by redesigning their crest to incorporate the rainbow flag, in a bid to show solidarity with the LGBTQ+ community.”

Here’s the new logo in all its glory:

NEW – No longer just red stripes. United States redesigns its crest with rainbow colors ahead of World Cup in Qatar.

Using the colors of the gay pride flag, of course, is meant to give the middle finger to host country Qatar, a Middle Eastern country that has been accused of human rights violations against homosexuals. Qatar is a Muslim-majority country, so it’s no surprise that its laws and customs differ from those of the western world. Certainly, FIFA, the governing body of the World Cup, knew this when they awarded Qatar this year’s hosting responsibilities.

This is just the latest tired and meaningless act of woke performance art to make its way into sports. The women’s soccer team, led by whiner extraordinaire Megan Rapinoe, has clearly wielded some kind of influence over their male counterparts. Wouldn’t it be a more powerful statement for all involved in the U.S. Men’s National Team — players, coaches, the parent organization — to donate any and all earnings related to the World Cup to an international gay rights organization? Please don’t hold your breath on that one.

It’s an unnecessary and unserious move by a team that hasn’t exactly covered itself in glory in previous World Cup appearances:

World Cup action begins Sunday and runs into December. It is unclear if the U.S. team will take to the pitch sporting their woke jerseys, but doing so would certainly put an undue burden on the players who are there, presumably, to win. Time to put away the dramatic statements and unabashed wokery and let the team battle it out based on their athletic merits, not their political leanings. In other words, shut up and play.

We reported in October that musician and entrepreneur Kanye West (who now answers to “Ye”) was set to buy social media platform Parler. In the mix, as … END_OF_DOCUMENT_TOKEN_TO_BE_REPLACED

As the American people struggle through the ongoing economic scourge of roaring inflation, the White House is hosting a decadent state dinner on … END_OF_DOCUMENT_TOKEN_TO_BE_REPLACED

(As always, the opinions expressed in my posts are my own and do not necessarily represent the views … END_OF_DOCUMENT_TOKEN_TO_BE_REPLACED

Joe Biden is clueless and a hypocrite on so many different levels. He demonstrated that big time … END_OF_DOCUMENT_TOKEN_TO_BE_REPLACED