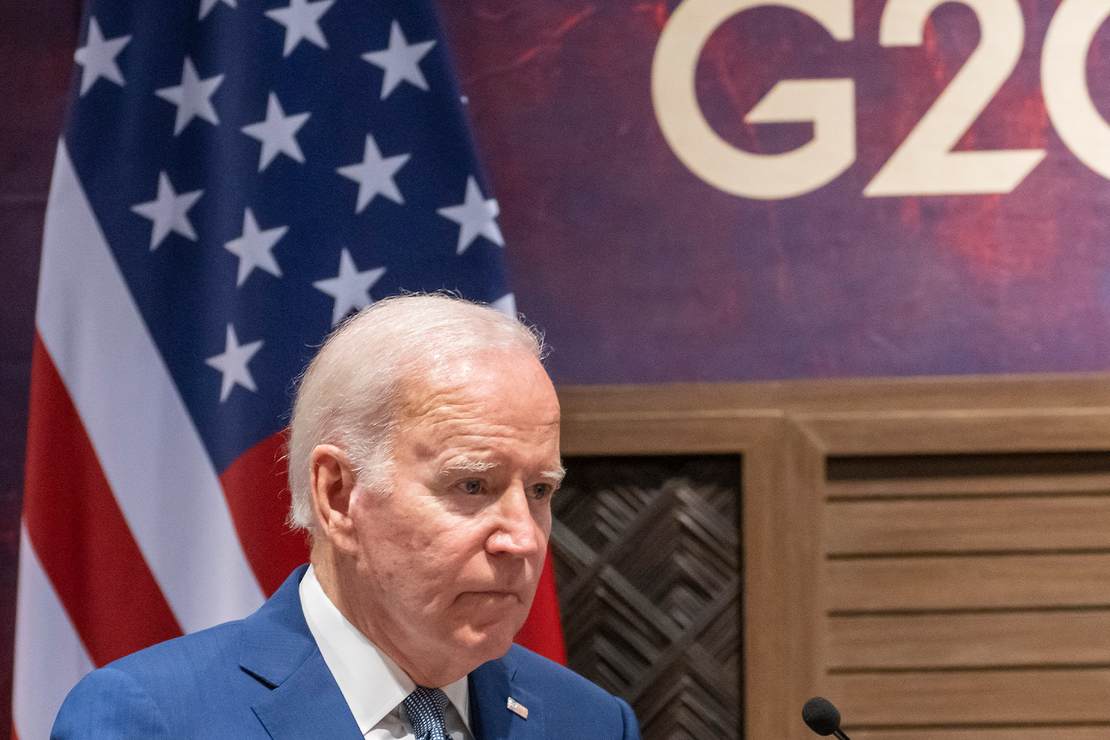 As we previously reported, President Joe Biden has been on an overseas tour of sorts over the course of the last several days. As per the norm, there has been one embarrassment after another with perhaps the most notable one being his shameless kowtowing to Chinese “leaders” ahead of the G20 summit in Bali, Indonesia at a time when the United States should be projecting strength and competency on a world stage.

But in a far more concerning moment, multiple news outlets are reporting that Biden unexpectedly bowed out of the G20 leaders’ dinner Monday night without explanation, calling an “early lid” – something his handlers are notorious for doing here in the U.S. in an effort to keep him from going off script and saying something they’ll have to clean up later.

MORE – This was a last-minute change. “It’s been a long day, and he has other matters he needed to attend to,” a White House official told pool reporters.

According to the Washington Times, a Biden spokesman said those alleged “matters” were “nothing urgent”:

A White House official stressed that Mr. Biden does not have COVID-19, but offered little explanation for the sudden move. The official said the president had spent a full day in meetings and needed to attend to a few things, but did not elaborate beyond stressing that there was “nothing urgent” that commanded Mr. Biden’s attention.

Fox News White House correspondent Peter Doocy explained why it was highly unusual for world leaders who were attending the G20 summit to miss the dinner:

#WATCH | Peter Doocy: “The breaking news would be President Biden is missing the G20 leaders dinner. We don’t know what’s exactly going on with President, they called an early lid.” pic.twitter.com/f01bXDdoCn

My thought process on this is that if the other matters weren’t “urgent,” as the anonymous White House official quoted in various stories suggested, then why did Biden have to miss the dinner at all? He indicated Monday during a rambling press conference that he had “a little cold,” but his handlers have stressed that it’s not COVID, even though another leader at the G-20 who Biden had close interactions with over the weekend did test positive:

Cambodian PM Hun Sen, who met at length with Biden on Saturday and sat directly next to him in a gala dinner, has announced he has tested positive for Covid.

So, Biden retiring early to his hotel rather than go to the gala dinner was over “nothing urgent,” just had a “long day” and Biden had other “matters” to attend to after what Doocy described as basically a “two day” flight to get there?

Move along here, folks, nothing at all to see. Just our fearless leader unable to do his job (again) and those who surround him refusing to be upfront and honest with the public about what exactly is going on (again).

On Friday, CNN security analyst Juliette Kayyem suggested making 26 the minimum age to purchase an AR-15. Kayyem made her comments after being asked … END_OF_DOCUMENT_TOKEN_TO_BE_REPLACED

The Walt Disney Company was expecting big things from their latest animated movie "Strange World," the House of Mouse's first movie to feature an … END_OF_DOCUMENT_TOKEN_TO_BE_REPLACED

(The opinions expressed by contributors are their own and do not necessarily represent the views of RedState.com.) While it hasn’t received much press … END_OF_DOCUMENT_TOKEN_TO_BE_REPLACED

Quick-thinking cops in St. Petersburg, Florida, are being praised for preventing a potential “mass … END_OF_DOCUMENT_TOKEN_TO_BE_REPLACED

Most Americans are not personally worried about contracting coronavirus, a survey from The … END_OF_DOCUMENT_TOKEN_TO_BE_REPLACED

Nearly a quarter of Americans said they have not been vaccinated against the Chinese coronavirus, a … END_OF_DOCUMENT_TOKEN_TO_BE_REPLACED