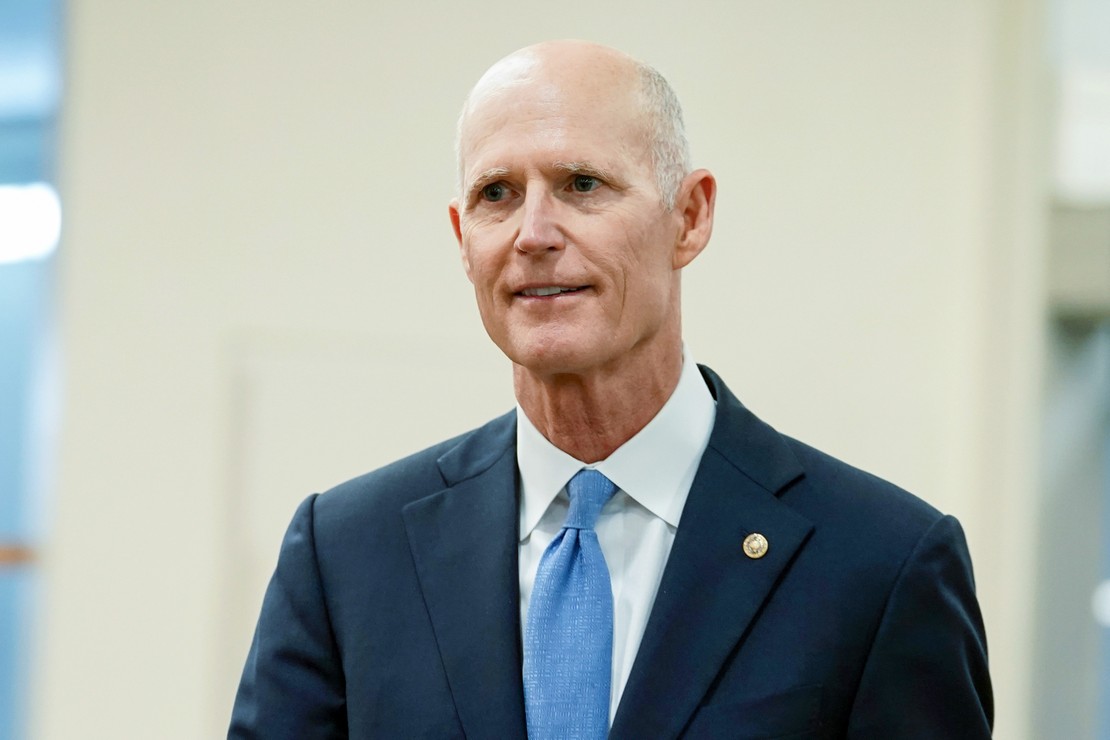 Florida Sen. Rick Scott has expressed his displeasure at the way the 2022 midterms have panned out for the GOP, and has not been afraid to throw blame in the lap of Minority Leader Mitch McConnell.

But when asked whether he planned on challenging McConnell for the Leader role (Majority or Minority is still yet to be seen), Scott shied away from that discussion, saying he wants to focus on figuring out how to go forward.

Larry Kudlow: “Are you yourself backing Mitch McConnell? I don’t recall.”

Sen. Rick Scott: “I want to focus on how do we go forward.” pic.twitter.com/jbuG1DW0Yt

It appears Scott has had a change of heart, and has decided that “going forward,” starts with a change at the top.

Sen. Rick Scott is running to unseat Minority Leader Mitch McConnell as the top Republican in the Senate, he announced in a note to GOP colleagues Tuesday first obtained by Fox News Digital.

Scott, R-Fla., the chairman of the National Republican Senatorial Committee, has been at odds with McConnell. R-Ky., for most of this year over political strategy. Scott is also more closely aligned with former President Donald Trump, who has called for McConnell to be removed as Senate Republican leader.

Scott repeatedly declined to rule out challenging McConnell in recent months, but didn’t confirm his intentions until Tuesday during a closed-door GOP lunch.

In the three-page letter to his GOP colleagues, Scott stated,

I believe it’s time for the Senate Republican Conference to be far more bold and resolute than we have been in the past. We must start saying what we are for, not just what we are against,” Scott said in a letter to GOP colleagues. “I do not believe we can simply continue to say the Democrats are radical, which they are. Republican voters expect and deserve to know our plan to promote and advance conservative values. “

A definitive shot across the bow, and Scott is correct in this: A party that stands for nothing other than, “we suck less,” is not going to retain its base or draw new voters, especially among Generation Z.

Scott is well positioned in terms of connections. As head of the National Republican Senate Committee (NRSC), he wields a lot of power and a more distinct connection to state and local party leadership. Scott also has the advantage of a close relationship with both former President Donald Trump, and Florida Governor Ron DeSantis, the men favored to run for the presidency in 2024. Scott as Senate Leader would make a key ally in either candidate’s fight. Trump has often expressed his antipathy toward McConnell, so having Scott in place in the Senate rather than McConnell would be a win for him, and frankly, a win for the Republican Party.

But, McConnell continues to make his moves. As perhaps a mea culpa to hanging other Senate candidates out to dry on funding during the cycle, the McConnell-connected Senate Leadership Fund (SLF) is pouring $14.2 million into ads for the Georgia Senate runoff between Democrat Sen. Raphael Warnock and football star and entrepreneur Herschel Walker.

McConnell has deep roots in D.C., going all the way back to 1974, when he was Deputy United States Assistant Attorney General in the Gerald Ford administration. McConnell will not take kindly to being challenged. After all, he has never been challenged since taking the Leader role of the Senate in 2006. McConnell is a true creature of the swamp, with a long history and tight ties to resources and friends in high and low places.

McConnell also has a long memory and knows how to play the long game, as we see by his strategic placement of judges and his dealings with ensuring the Supreme Court nominees were originalists rather than activists. We can thank him for Justices Brett Kavanaugh, Neil Gorsuch, and Amy Coney Barrett. McConnell didn’t inherit the moniker of “Cocaine Mitch” for nothing.

We can also thank him for preventing Merrick Garland from having that lifetime appointment. Garland has already created enough disaster where he is as head of the Department of Justice, but at least his reign will end when the Biden administration does.

Whether Scott succeeds in this bid to unseat McConnell or not, he might want to consider some added… protections.

We reported in October that musician and entrepreneur Kanye West (who now answers to “Ye”) was set to buy social media platform Parler. In the mix, as … END_OF_DOCUMENT_TOKEN_TO_BE_REPLACED

As the American people struggle through the ongoing economic scourge of roaring inflation, the White House is hosting a decadent state dinner on … END_OF_DOCUMENT_TOKEN_TO_BE_REPLACED

(As always, the opinions expressed in my posts are my own and do not necessarily represent the views … END_OF_DOCUMENT_TOKEN_TO_BE_REPLACED

Joe Biden is clueless and a hypocrite on so many different levels. He demonstrated that big time … END_OF_DOCUMENT_TOKEN_TO_BE_REPLACED